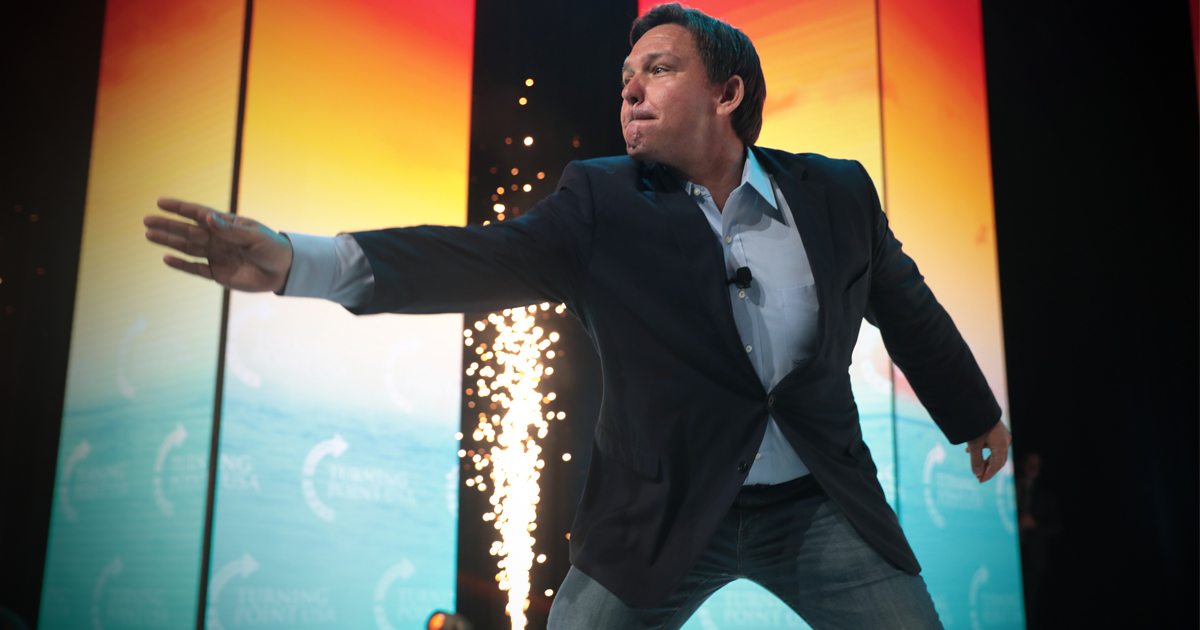 Ron DeSantis has responded to attacks from 45th President Donald Trump by telling people to “check out the scoreboard from last Tuesday night,” adding that he is taking “incoming fire” because he is “leading.”

DeSantis was asked on Tuesday by a reporter as to his thoughts on the upcoming announcement from Trump, along with “some of the less than flattering comments” Trump had made about him, including labelling him as “Ron DeSanctimonious” at a rally in Pennsylvania earlier this month.

Trump mocks DeSantis as "Ron DeSanctimonious" at a rally tonight in Pennsylvania. pic.twitter.com/efTl2vNQRB

DeSantis made the remarks only hours before Trump officially announced his campaign for president in 2024 from his Mar-a-Lago home in Palm Beach, Florida.

He said that any such attacks on him were “just noise,” and that if you’re “delivering results for people” then “none of that stuff matters.”

“We’ve focused on results and leadership and at the end of the day, I would just tell people to go check out the scoreboard from last Tuesday night. The fact of the matter is it was the greatest Republican victory in the history of the state of Florida.”

"All that's just noise…I would just tell people to go check out the scoreboard from last Tuesday night." pic.twitter.com/hDWeAm0pfM

While DeSantis pointed to the Republican “victory” in Florida as evidence of his success, Trump previously highlighted that in the 2020 presidential elections, he received 1.1 million more votes as president thatn DeSantis did in his re-election campaign for governor.

The 45th President also noted that Republicans “from badly run States up North” are flocking to Florida, pushing the demographics further in the GOP advantage. He further argued that Rupert Murdoch controlled outlets, including Fox, the Wall Street Journal, and the New York Post have gone “all in” for DeSantis, comparing it to the “media assault” against him seen in 2015 and 2016.

Rather than blaming Trump for the failure to win the Senate in the midterm elections, like Virginia Lt. Governor Winsome Sears is doing, voters seem to be turning their ire towards Senate Minority Leader Mitch McConnell, with a new poll showing 93% of voters do not view him favorably, his lowest ever result.

Senator Ted Cruz lambasted McConnell for losing what “should have been a fundamental landslide election,” citing his withdrawal of funding from Blake Masters in the crucial Arizona Senate race.