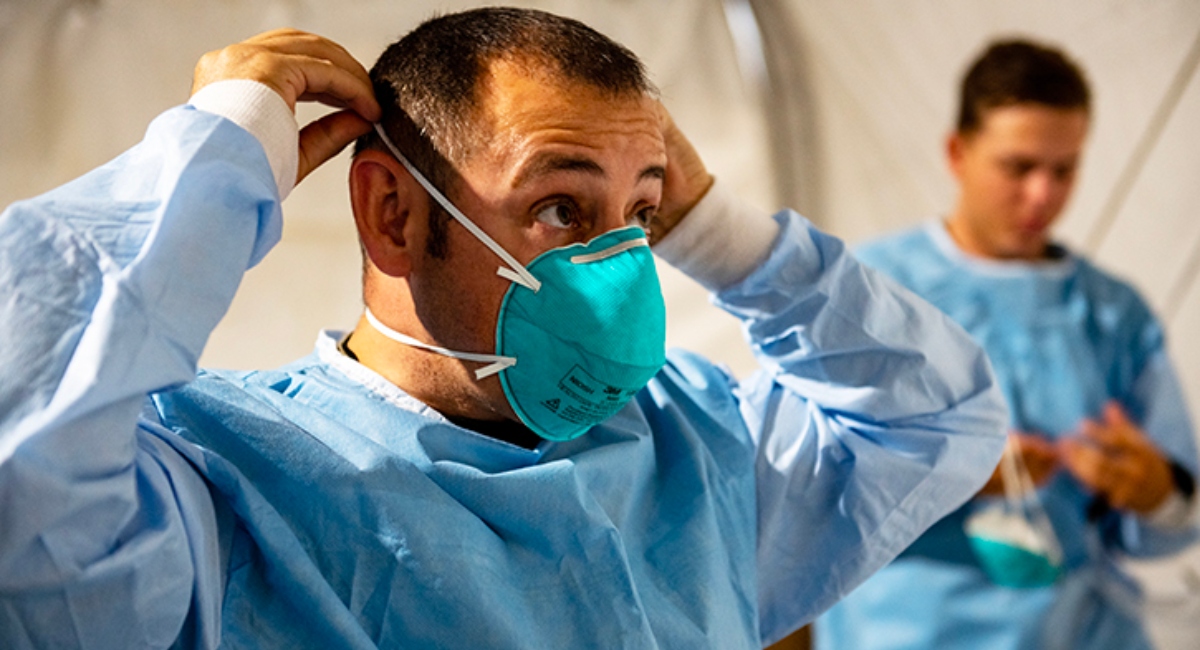 According to a report by the New York Times, a new COVID-19 Omicron subvariant called BA.5 is set to cause a “new wave” of infections in the United States.

Dubbed the “most transmissible” variant to date, BA.5 is also reportedly affecting those who have already recovered from COVID-19 infections “fairly recently” along with Omicron’s main partner subvariant BA.4.

Despite most of the American population having received hundreds of millions of COVID-19 vaccines, experts are now maintaining that the “risk from Covid is increasing in much of the country.”

“The subvariant of Omicron known as BA.5 is now dominant, according to federal estimates released Tuesday, and together with BA.4, another subvariant, it is fueling an outbreak of cases and hospitalizations,” reported the Times, which added that positive cases of the virus are now “shooting upward” and are “now higher than during most other waves of the pandemic.”

The most transmissible coronavirus subvariant yet, BA.5, is threatening a new wave of infections in the U.S., even among those who recovered from the virus fairly recently. The risk from Covid is increasing in much of the country, according to the CDC. https://t.co/LRSQENUVXD

“I think there’s an underappreciation of what it’s going to do to the country, and it already is exerting its effect,” said Scripps Research molecular medicine professor Eric Topol.

Both BA.5 and BA.4 Omicron subvariants initially emerged during the winter and contain mutations in their spike proteins that differ from other strains of the virus, rendering vaccination more or less obsolete.

According to reports, “the subvariants have caused increases in cases and hospitalizations, despite some population immunity from previous waves.”

“There’s a wave afoot, there’s no question about it,” Dr. Topol said. “My concern is the length of it.”

The development comes as scores of triple and quadruple vaccinated people continue to be infected with COVID-19. As Valiant News reported June 30, even Biden administration medical advisor Dr. Anthony Fauci tested positive for the virus twice in less than one month, despite being quadruple-vaxxed.

Statistics from the North Carolina Department of Health and Human Services had also revealed that individuals who were vaccinated and “boosted” against COVID-19 were being hospitalized with coronavirus more than unvaccinated people in May of this year.

According to the University of North Carolina School of Medicine’s Dr. David Weber, who spoke to CBS 17 News, the reason that more vaccinated Americans were being hospitalized is because the Omicron COVID-19 variant provided unvaccinated Americans with natural immunity. “We don’t want this to sound like the vaccine doesn’t work,” Weber said.

Up north, Canadian Health Minister Jean-Yves Duclos recently stated that the meaning of being “fully vaccinated” against COVID-19 makes “no sense,” clarifying that individuals ought to take the jabs every 9 months in order to stay “up to date” on immunizations.

“‘Fully vaccinated’ makes no sense now. It’s about ‘up to date.’ Am I up to date in my vaccination? Have I received a vaccination in the last 9 months?” he said.

The remarks came just weeks after Prime Minister Justin Trudeau announced that he too had been infected with the virus, for the second time this year, despite being quadruple-vaxxed.

Related  Elon Musk Won't Reinstate Alex Jones To Twitter, 'Trump Decision Has Not Yet Been Made'
Spread the love
In this article:Commentary, covid-19, COVID-19 Vaccines, Featured, omicron