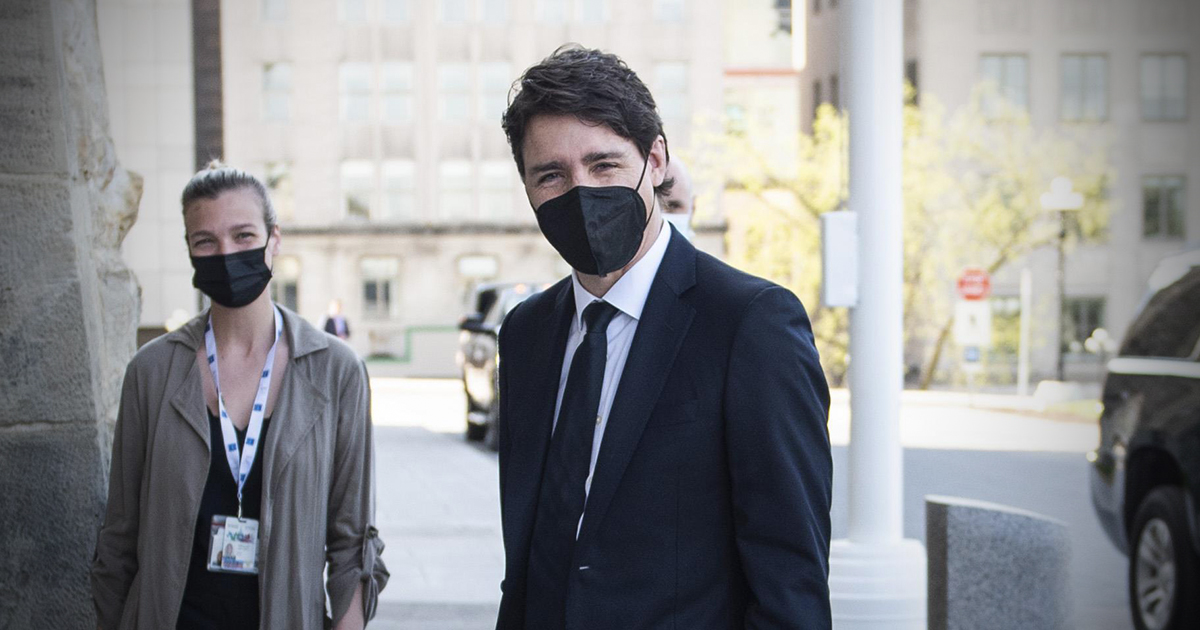 Canadian Prime Minister Justin Trudeau announced on Monday that he has been infected with COVID-19 despite being vaccinated against the virus at least four times.

This would be the second time the Canadian leader has caught the coronavirus despite receiving scores of COVID-19 vaccine injections, which he credits for making him “feel okay.”

“I’ve tested positive for COVID-19. I’ll be following public health guidelines and isolating,” the Canadian PM announced in a tweet. “I feel okay, but that’s because I got my shots,” he added. “So, if you haven’t get vaccinated – and if you can, get boosted. Let’s protect our healthcare system, each other, and ourselves.”

I’ve tested positive for COVID-19. I’ll be following public health guidelines and isolating. I feel okay, but that’s because I got my shots. So, if you haven’t, get vaccinated – and if you can, get boosted. Let’s protect our healthcare system, each other, and ourselves.

The repeatedly-vaxxed Trudeau had previously gone into isolation after catching the virus in late January amid massive anti-lockdown trucker protests in the nation’s capital city of Ottawa.

This morning, I tested positive for COVID-19. I’m feeling fine – and I’ll continue to work remotely this week while following public health guidelines. Everyone, please get vaccinated and get boosted.

Many at the time speculated on the coincidental timing of Trudeau’s COVID-19 infection, noting that he may have been attempting to avoid facing the protestors who poured into Ottawa to take a stand against his controversial coronavirus mandates, which they argued were discriminatory against unvaccinated Canadians and diminished civil rights for Canadian citizens alike.

Related  'What Were You Thinking?': Biden Grilled For Leaving Classified Documents In His Garage

The trucker convoy protest preceded the Canadian PM’s decision to invoke the Emergencies Act on February 14, which allowed the government to “ban gatherings around legislative buildings and critical infrastructure, and expanded the powers of Canada’s banks to monitor and stem the flow of funds to protesters.”

The move was decried as an assault on the civil liberties of the protestors, and a “disgrace for any democracy” by some members of European Parliament.

PM Trudeau, in recent months, under your quasi-liberal boot, Canada 🇨🇦 has become a symbol of civil rights violations. The methods we have witnessed may be liberal to you, but to many citizens around the🌎it seemed like a dictatorship of the worst kind. pic.twitter.com/FZuc6aDZ1I

Canadian Judge Paul S. Rouleau has been tapped by the Trudeau government to conduct an independent inquiry into the federal government’s use of the Emergencies Act to harshly crackdown on the trucker convoy protests, but some have noted that the inquiry “isn’t looking good” for Trudeau.

“The past month or so has brought out a number of clarifications about what exactly transpired during this winter’s freedom convoy and what went on behind the scenes before and during the controversial invoking of the Act. And many of them expose how a lot of what the federal Liberal government was leading people to believe was just outright falsehoods,” wrote The Toronto Sun’s Anthony Furey.