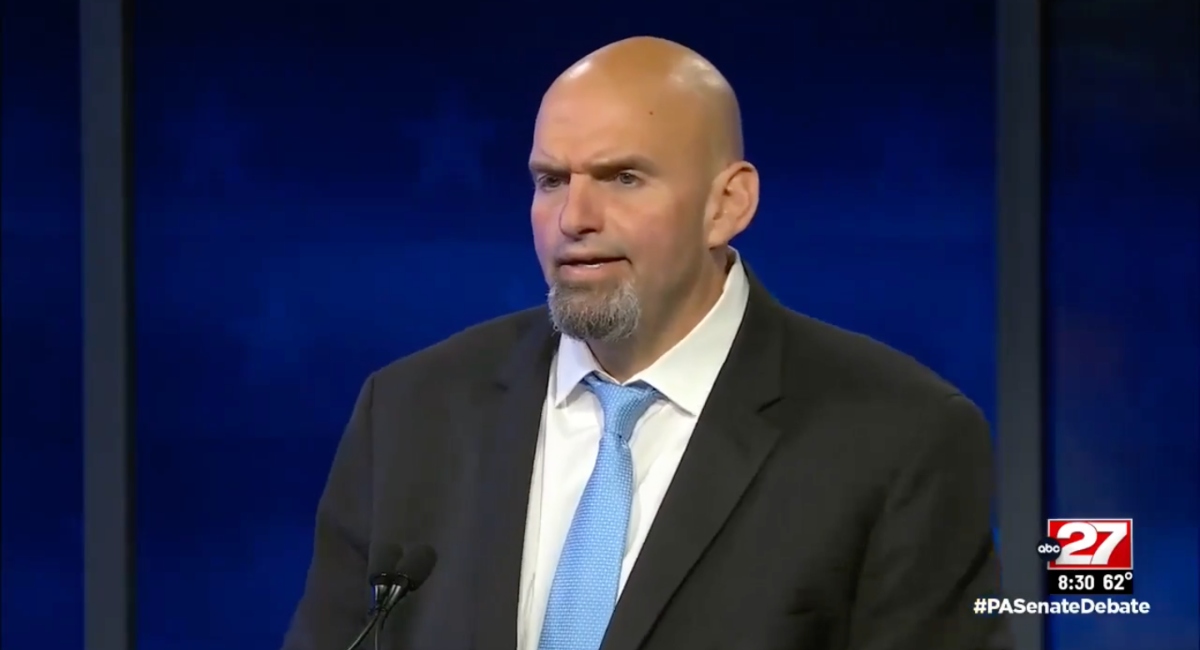 Pennsylvania Senate candidates John Fetterman and Dr. Mehmet Oz took to the stage for their highly anticipated and only debate in Harrisburg this week, and people haven’t been able to stop talking about the event.

The televised contest came after a months-long effort by the Oz campaign to get Fetterman on stage after suffering a stroke in May. Team Oz maintains that they sympathize with Fetterman, but insist that Pennsylvanian’s deserved to hear from him directly.

FETTERMAN: "How can a man, you know, with with 10 gigantic mansion has am willing to talk about willing wage for anybody? Imagine a signal mom trying with two children trying to raise with them." pic.twitter.com/hbqePfo8Of

After his stroke, Fetterman’s campaign was hesitant to acknowledge what many viewed as cognitive impairments that may have rendered the candidate unfit for national office.

The Fetterman phenomena during this time was eerily reminiscent of Joe Biden’s “hiding in the basement” 2020 presidential campaign in the sense that public appearances were rare, but when they would occur, Americans on both sides of the aisle understood the reclusivity.

Similarly to Biden, Fetterman’s gaffes and misstatements were initially dismissed as minor speech impediments related to the stroke. Any concerns over his mental function were out of the question and brushed aside. That all changed after his mid-October interview with NBC News.

“We had a monitor set up so he could read my questions,” the reporter said after the interview took place. “He has a hard time understanding what he’s hearing.”

This #PASenateDebate is sad as hell to watch. Fetterman clearly hasn’t recovered from his stroke. How is this dude even in the race?? pic.twitter.com/vxF9PPzlh4

“And I’ll say, Katie, that just in some of the small talk prior to the interview, before the closed captioning was up and running. It did seem that he had a hard time understanding our conversation,” she added.

The interview forced Fetterman out of his basement, leaving his campaign with no choice but to pivot their message. With the country officially realizing that the Pennsylvania Democrat is obviously unwell upstairs, Team Fetterman decided to own it entirely.

In the days following, Fetterman’s wife Giselle attacked the reporter for bullying the now admittedly “disabled” Fetterman, who was officially considered to be a part of the “disabled community.”

It feels politically and medically unethical to have Fetterman run for office right now. If the media can't cover this very serious issue after the debate, they are truly hopeless. pic.twitter.com/9ByAZiipA7

Not only is he fine, but he isn’t fine, and if you talk about him being not fine, you’re an “ableist” bigot, she claimed.

The obvious point that Fetterman’s campaign was trying to relay is that having a disability shouldn’t disqualify someone from holding elected office, which is obviously correct in most cases, as seen in the case of Congressman Madison Cawthorne (R-NC), who is confined to a wheelchair.

However, last night’s debate proved that Fetterman is cognitively unfit for office.

This is not funny. It is not something to make fun of. It is genuinely upsetting. And if Fetterman gets elected, it will show the degree to which Democrat voters are prepared to exploit vulnerable humans for political purposes. pic.twitter.com/8UW2YRRuK0

With political control of the evenly divided Senate in question, America heads into the November midterm elections in just a few weeks to deliver referendum on the policies set forth by the Biden administration, which have wreaked havoc on the country’s stability over the last two years — meaning that the stakes of this particular race couldn’t be higher.

It would be one thing if Fetterman’s “disability” soley affected his speech, but it doesn’t. It also affects his ability to process the words he hears, thus, impacting his thoughts, and decision making capabilities. He simply cannot be trusted to accurately reflect the will of Pennsylvania voters.