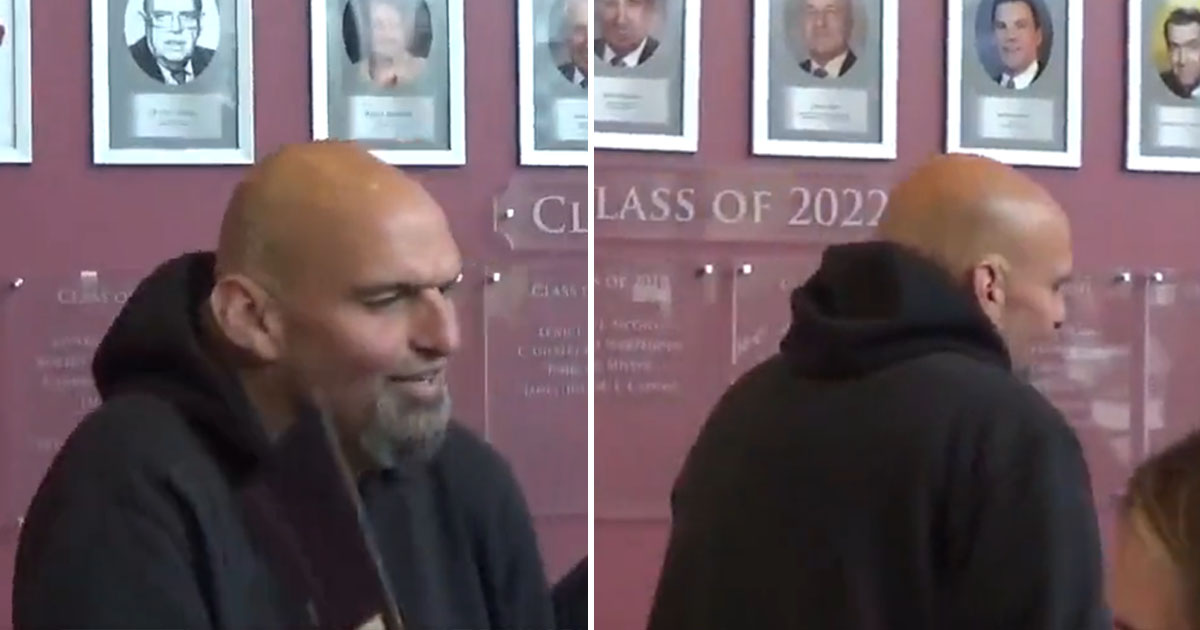 U.S. Senate candidate John Fetterman (D-PA) turned and fled from a voter who asked why he refuses to debate opponent Dr. Mehmet Oz (R-PA), in a move that many critics confirms he is indeed afraid to debate Oz.

“Hey John, how come you won’t debate Oz before the voting starts,” an audience member asked Fetterman on Wednesday.

The recent stroke victim responded by turning his back, mumbling an unintelligible response, and shuffling away.

Coward @JohnFetterman STILL won’t answer questions on why he refuses to debate @DrOz before voting starts in Pennsylvania. pic.twitter.com/W22W63hZhA

Fetterman’s campaign released the findings of two common post-stroke tests last week, giving them to the New York Times to report rather than the public. He suffered a stroke about four months ago, and remained hospitalized on election day and thus unable to deliver a victory speech.

Those tests – the Saint Louis University Mental Status Examination (SLUMS) and the Repeatable Battery for the Assessment of Neuropsychological Status (RBANS), according to Newsmax – found that Fetterman’s mental faculties are normal for a high school graduate around his age, according to Fetterman’s campaign, filtered through the Times.

In other words, Fetterman’s campaign would have us believe that John’s always been unable to speak in complete sentences.

Fetterman’s presence on the campaign trail slowed to a crawl after he suffered the stroke, with Valiant News recently reporting that the Democrat did not have a single campaign event scheduled during the month of August. However, Fetterman’s campaign offered to train volunteers on how to “ratio” his enemies on Twitter.

“My name is John Fetterwoman!” the candidate screamed earlier this month while holding up a pink T-shirt emblazoned with the name “Fetterwoman.”

Fetterman’s campaign says the candidate’s speech and “auditory processing” abilities are still recovering after the stroke, and thus, the candidate will not be appearing in a televised debate with Oz.

Revealing that he would not be participating in the debate against Oz, Fetterman said “As I recover from this stroke and improve my auditory processing and speech,” according to a statement released by his campaign. He continued, “I look forward to continuing to meet with the people of Pennsylvania.”