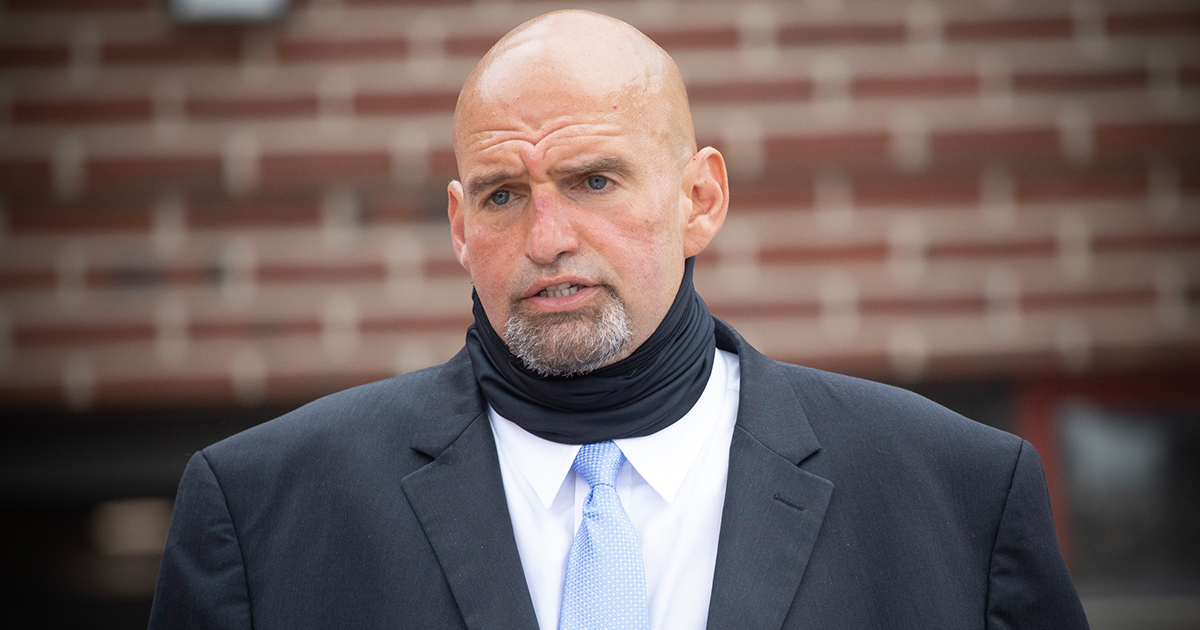 Pennsylvania Lt. Gov. John Fetterman, the 53-year-old who is now the Democratic candidate for U.S. Senate, has now dodged a debate with his Republican opponent Dr. Mehmet Oz, citing the stroke he suffered earlier this year for making it medically impossible.

Fetterman suffered a stroke in May and remained hospitalized recovering even as Democrats voted for him to become their nominee. His wife delivered his victory speech while he was laid up in the hospital, and Fetterman’s in-person events have been sparse since his health scare.

Now, Fetterman’s campaign says the candidate’s speech and “auditory processing” abilities are still recovering three months after the stroke, and thus, the candidate will not be appearing in a televised debate with Oz.

Revealing that he would not be participating in the debate against Oz, Fettermain said “As I recover from this stroke and improve my auditory processing and speech,” according to a statement released by his campaign, he continued, “I look forward to continuing to meet with the people of Pennsylvania.”

New John Fetterman statement says he’s not participating in a debate the first week of September against Dr. Oz, and says he will continue to “recover from this stroke and improve my auditory processing and speech.” https://t.co/eGbZnkqp1f pic.twitter.com/BPrceSFkEh

Since his stroke, Fetterman’s doctor revealed that the Ivy League educated Democrat had ignored medical advice for at least five years prior to the stroke.

“I first saw John in 2017,” wrote Fetterman’s cardiologist Dr. Ramesh Chandra in May, according to Newsweek. “He was experiencing swelling in his feet and came to get it checked out. That is when I diagnosed him with atrial fibrillation, an irregular heart rhythm, along with a decreased heart pump.”

The physician revealed that Fetterman then ignored his doctor’s advice for half a decade.

“I had prescribed medications along with improved diet and exercise and asked him to follow up again in the following months,” wrote Chandra. “Instead, I did not see him again until yesterday. John did not go to any doctor for 5 years and did not continue taking his medications.”

One campaign event revealed the extent of Fetterman’s stunted speech, leading some to question whether he currently has the mental and physical abilities to serve as a U.S. Senator.

John Fetterman today held his second rally since having a stroke in which he spoke for less than 5 minutes.

Here are the highlights. pic.twitter.com/lwo40YWcZi

Following his event with Biden yesterday, even CNN has admitted that while Fetterman manages to express Democratic talking points, his speech leaves something to be desired.

“Fetterman was on message,” the network reported, “but often halting in his speech and occasionally dropped words mid-sentence.”

CNN: “Fetterman was on message, but often halting in his speech and occasionally dropped words mid-sentence.” pic.twitter.com/gGfhFXE0jR