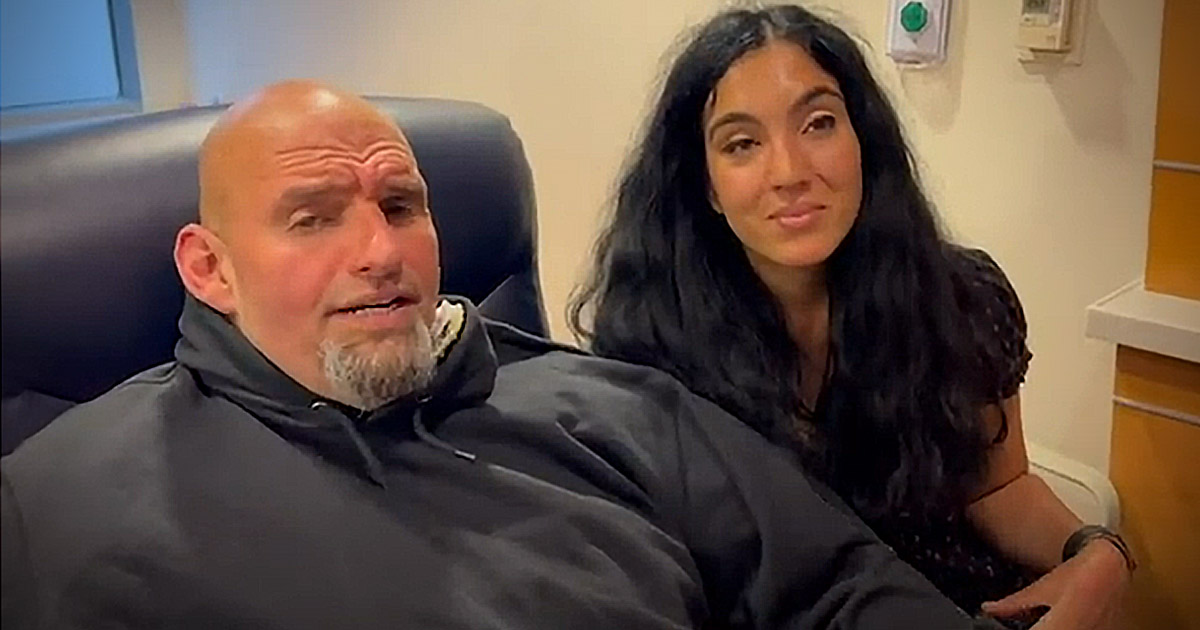 Pennsylvania Democrat Lt. Governor John Fetterman, who is now the favorite to win the Democratic nomination for U.S. Senate in that state, has been hospitalized following a stroke on Friday that stemmed from a blood clot in his heart.

Due to his hospitalization, he is unable to be delivering remarks on Tuesday night after the election in Pennsylvania. His wife Gisele will be speaking in his place instead. Fetterman is the Democratic front runner for U.S. Senate in Pennsylvania, and faces possible Republican challengers including Trump-endorsed Mehmet Oz and Kathy Barnette, who is surging in the days before the election.

“On Friday, I wasn’t feeling well, so I went to the hospital to get checked out. I didn’t want to go – I didn’t think I had to – but Gisele insisted, and as usual, she was right,” Fetterman wrote in a statement posted to Twitter on Sunday.

“I hadn’t been feeling well, but was so focused on the campaign that I ignored the signs and just kept going. On Friday it finally caught up with me. I had a stroke that was caused by a clot from my heart being in an A-fib rhythm for too long,” he said.

“Fortunately, Gisele spotted the symptoms and got me to the hospital within minutes. The Amazing doctors here were able to quickly and completely remove the clot, reversing my stroke, they got my heart under control as well. It’s a good reminder to listen to your body and be aware of the signs,” Fetterman said.

Fetterman has since said that he is “feeling much better” and is “on the way to a full recovery.”

The Pennsylvania Democrat is “fully vaccinated + boosted” for COVID-19, as is his “entire family” because he believes the vaccinations are “safe, and still the key to getting us out of this new phase of the pandemic.”

My entire family is vaccinated + boosted.

Vaccines + effective treatments are safe, and still the key to getting us out of this new phase of the pandemic.

Pundits claim Fetterman’s health will likely not impact his electoral chances, and note that Fetterman will have ample time to recover between now and the November midterm election.

Spread the love
In this article:2022, John Fetterman, Pennsylvania