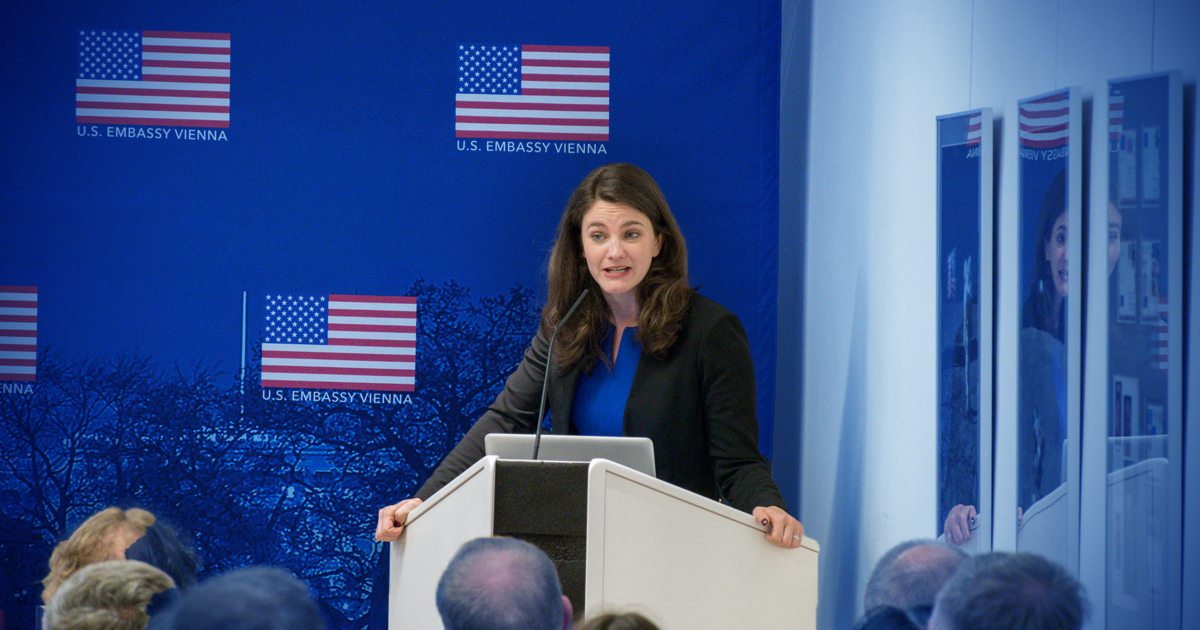 The Department of Homeland Security is putting a pause on their Disinformation Governance Board, with Nina Jankowicz resigning.

According to a report from Taylor Lorenz at the Washington Post, only three weeks after the Biden administration’s so-called ‘Ministry of Truth,’ was announced, the board is being “paused” by Department of Homeland Security officials, after a “back-and-forth week of decisions.”

With the board shutting down, at least temporarily, Jankowicz by Tuesday morning had drafted a resignation letter, according to Lorenz, but DHS officials attempted to persuade her to stay on a call, and that she was “evaluating her position.”

However, a more recent report from the Associated Press confirmed that Jankowicz has in fact resigned, having obtained her letter. “It is deeply disappointing that mischaracterizations of the board became a distraction from the Department’s vital work, and indeed, along with recent events globally and nationally, embodies why it is necessary,” she wrote.

The Disinformation Board and Jankowicz had received criticism since its launch, after it was revealed that Jankowicz advocated for the arrest of “online male trolls,” insisted that the deep state wasn’t real, and said that verified users should be able to edit anyone else’s tweets to “add context”, along with a number of other inflammatory comments.

As a result of the critical coverage received, the Department of Homeland Security, along with Lorenz’s reporting, but the blame for the board’s suspension squarely down to a “co-ordinated” right-wing attack on social and traditional media on Jankowicz and the board’s work.

“Nina Jankowicz has been subjected to unjustified and vile personal attacks and physical threats,” a DHS spokesperson told The Washington Post. “The Board’s purpose has been grossly mischaracterized; it will not police speech,” they added. “Quite the opposite, its focus is to ensure that freedom of speech is protected.”

Deputy White House Press Secretary Andrew Bates said that the “smears” levelled at Jankowicz, by “bad-faith, right-wing actors against a deeply qualified expert and against efforts to better combat human smuggling and domestic terrorism” were “disgusting.”

There are dark forces aligned in this country to destroy democracy. Along the way, they tried to take down Nina Jankowicz. Jury is still out on whether they will achieve their broader goal; but no matter what happens in the near term I don't think they will defeat Nina. https://t.co/VaNqAcRcCe

However, there was no evidence presented of any “co-ordinated” attacks against Jankowicz, as noted by commentator Alex Griswold. “‘Co-ordinated’ as used by Lorenz seems to just mean ‘one person attacked, which was picked up by others pushing the same line.’ But… that’s just Twitter,” he said.

Glenn Greenwald also highlighted that the article from the Washington Post written by Lorenz argued that “Jankowicz should be off-limits from criticism” did not mention that Jankowicz had argued the same about Lorenz in return. Jankowicz had defended the “journalist” after she was accused of doxxing the creator of the Libs of TikTok Twitter account.

“Indeed, Jankowicz has a very long history of defending Lorenz and expressing solidarity for the trauma Lorenz suffers when her works is criticized,” Greenwald wrote.

Indeed, Jankowicz has a very long history of defending Lorenz and expressing solidarity for the trauma Lorenz suffers when her work is criticized. That's almost certainly where Lorenz got her version of events and seems like it should be disclosed when Lorenz defends Jankowicz. pic.twitter.com/R49NHCQ3RZ