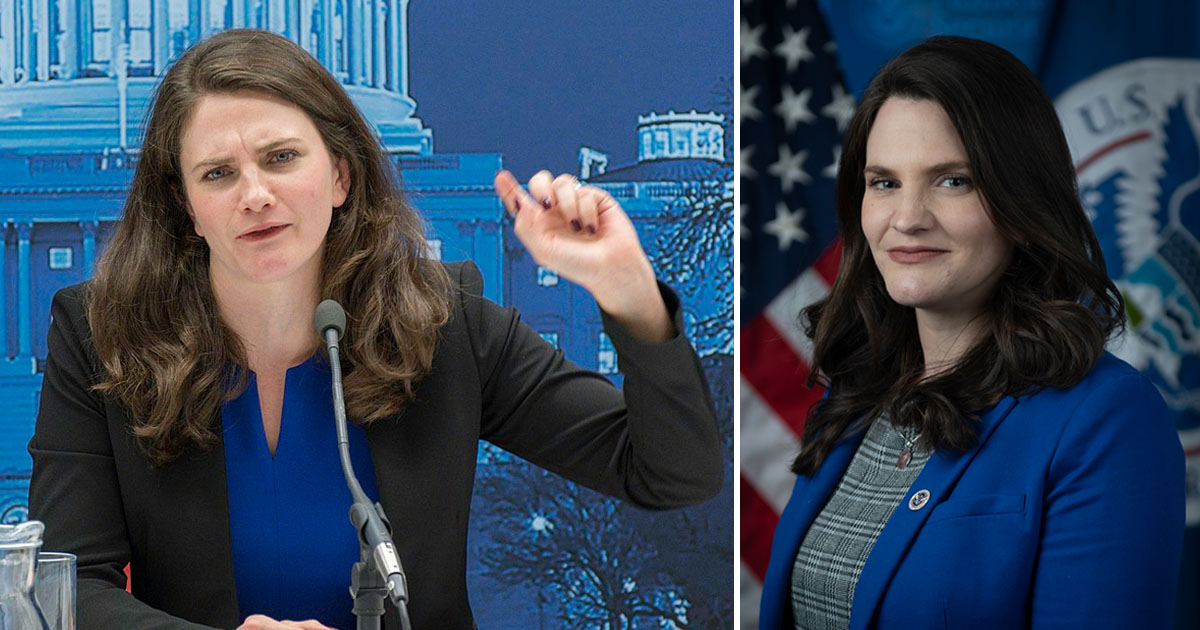 A new book  just released by Biden “disinformation” czar Nina Jankowicz opens with a fantasy scenario where she is called “sweetheart” and “young, pretty thing” by online male trolls in real life, and then muses hopefully about having people call the police so “law enforcement might make some arrests.”

Jankowicz, 33, was announced as executive director of the Department of Homeland Security’s new Disinformation Governance Board this week, and her intensely partisan past as an anti-Trump, left-wing feminist who founded a Harry Potter “Moaning Myrtle Wizard Rock” band and advocates for the censorship of her ideology’s political opponents has raised national concern.

“How To Be A Woman Online” is the title of Jankowicz’s book released this month, and it opens with a fantasy scenario where she is sexually harassed in real life by her online detractors.

In the fantasy, one man shouts, “OH, IS THAT HOW IT IS? ARE YOU TOO GOOD FOR ME OR SOMETHING? BITCH!”

Nina Jankowicz's new book How to Be a Woman Online opens with a hypothetical where men say implausibly trolly things to her, such as "It's a shame about the [Ukraine] war, but this is probably the first time a young pretty thing like you is hearing of it." https://t.co/PPdlJ2NK0U pic.twitter.com/IhYUlulC6X

Another fictional man in the fantasy scenario notices her supposed “expertise” in Russia-Ukraine relations and flirts, “It’s a shame about the [Ukraine] war, but this is probably the first time a young, pretty thing like you is hearing of it.

“Tick tock! That’s the sound of your biological clock ticking,” Jankowicz writes as the words of yet another fictional male. “Better go home and try to make a baby before it’s too late, sweetheart.”

The point, she explains, is that if you or I observed such behavior in real life, we would "call the police" and "law enforcement might make some arrests." Really? Personally I would not call the police if I overheard a man say something patronizing on a train. pic.twitter.com/1AtDXJnDgq

Other quotes from the fantasy scenario include, “You’re probably a f**king tranny, aren’t you,” “Do you even have tits,” and, “Learn the art of the blow job and make yourself useful for once in your f**king life.”

The fictional scenario ends with Jankowicz musing about having bystanders “call the police” on her “online admirers,” so that “law enforcement might make some arrests, or at the very least disperse the crowd.”

“We expect such intervention in ‘real’ life,” Jankowicz insists, going to imply that her detractors should be censored.