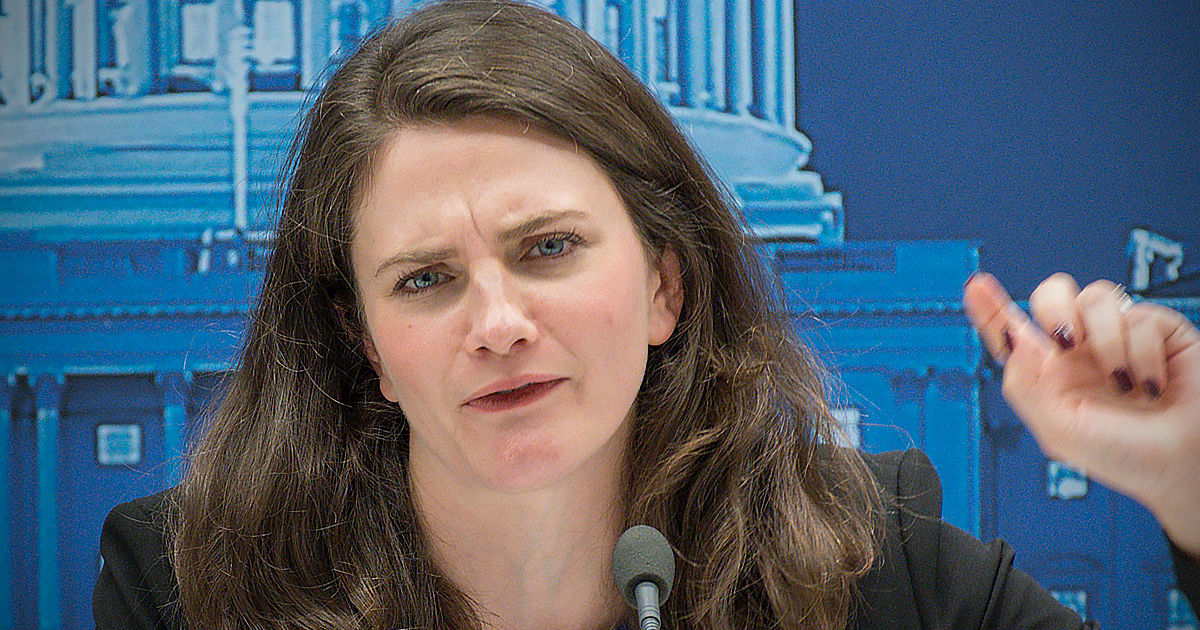 If an individual’s tweet goes against a liberal narrative, people Jankowicz approves would be able to edit the tweet and include additional information to refute any false claims.

Biden’s disinformation czar used the 2020 presidential election as an example, adding that if 45th President Donald Trump were to tweet a claim about voter fraud, “someone could add context from one of the 60 lawsuits that went through the court, or something that an election official in one of the states said… something like that.”

Before seemingly bragging that she was “verified” on Twitter, Jankowicz said “there are a lot of people who shouldn’t be verified who aren’t, you know, legit in my opinion, I mean they are real people but they’re not, um, trustworthy.”

NEW – Biden's new "disinformation" czar wants "trustworthy verified people" like her to be able to "add context" to other people's tweets.pic.twitter.com/V4mLNsB5HV

“So, verified people can essentially start to edit Twitter, the same sort of way that Wikipedia is, so that they can add context to certain tweets,” she said before giving an example that was ostensibly from a liberal standpoint about the 2020 election.

“So, just as a easy example, not from any political standpoint, if President Trump were still on Twitter and tweeted a claim about voter fraud, someone could add context from one of the 60 lawsuits that went through the court, or something that an election official in one of the states said,” she noted.

“Adding context, so that people have a fuller picture, rather than just an individual claim on a tweet,” Jankowicz said.

Valiant News previously reported that in a recently surfaced interview, Jankowicz insisted that the notion of a “deep state” is not based in fact, calling it the subject of discussion among “conspiracy communities” throughout America.

In the video posted to Twitter, Jankowicz further stated her belief that the existence of a “secret cabal” in Washington, D.C. is untrue, adding that there is no shadowy group of people in our nation’s capital working against the interests of the American people.

There is no deep state. Nina says so. pic.twitter.com/WY7h7SKhWW