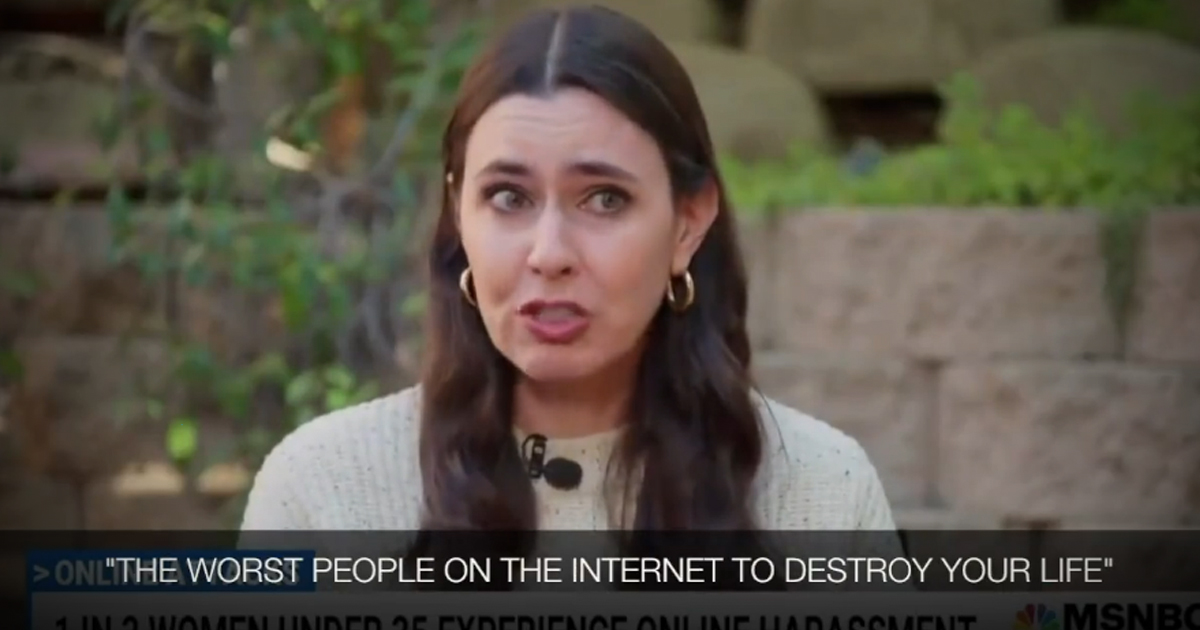 Doxxing is the practice of posting private information about an individual to the Internet or another public place where it was not previously available. Lorenz claims to have revealed the location, real name, and job of Libs of TikTok’s creator.

“Libs of TikTok is basically acting as a wire service for the broader right-wing media ecosystem. It’s been shaping public policy in a real way, and affecting teachers’ ability to feel safe in their classrooms,” Lorenz wrote.

I wrote abt the account, the woman behind it, and why it matters 🧵https://t.co/p5dNT7Li1B

“@LibsofTikTok‘s influence spreads far beyond its followers. It has become an agenda-setter in right-wing media, and the content it surfaces shows a direct correlation with the recent push in legislation and rhetoric directly targeting the LGBTQ+ community.”

In order to gather information for her story, Lorenz tracked down members of her target’s family by traveling to their residences, a move that some would later cite when accusing the female journalist of “stalking,” journalistic malpractice, and acting in bad faith.

This is a stupid viral lie being spread by Taylor. She announced she intended to publish @libsoftiktok's name. After, @libsoftiktok provided proof Taylor went to her relatives' houses and asked me to report it to deter Taylor from stalking more people.https://t.co/ulGxVmrn0u

The individual behind the Libs of TikTok account accused Lorenz of “harassing” her relatives “at their homes” and posted a picture of Lorenz, who was wearing a mask.

Hi @TaylorLorenz! Which of my relatives did you enjoy harassing the most at their homes yesterday? pic.twitter.com/QehkBSgcmG

In the story, Lorenz revealed name, religion, address, and occupation of the individual behind the famous Twitter account.

According to Libs of TikTok, Lorenz had even threatened someone who she wrongly believed was the user behind the account by telling them that they were going to be “implicated as starting a hate campaign against LGBTQ people.”

Taylor Lorenz harassed an account yesterday with a similar name. In a desperate attempt to fish for information, she threatened the account that they will be implicated as “starting a hate campaign against LGBTQ people” if they don’t respond to her pic.twitter.com/1oLZe5zyk5

However, it is unclear how Libs of TikTok has started a “hate campaign,” as the account simply reposts content originally posted by leftists online – effectively giving said leftists more clicks, attention, and a much broader audience.

Perhaps ironically, just a few weeks prior to doxxing Libs of TikTok, Lorenz herself had made media appearances railing against online harassment and doxxing, and at one point broke down in tears sobbing because the harassment she has personally experienced supposedly gave her “PTSD.”

“Wasn’t this psycho on tv 2 weeks ago actually crying about the exact type of behavior that seems to be her exact business model. If only she tried to report on real bad actors rather than a random personalities on social… but we know that won’t happen,” tweeted Donald Trump Jr. in reaction to the doxxing report.

This was Taylor Lorenz a few weeks ago. Never forget pic.twitter.com/jFpusBTmfy

“They’ll threaten children, they’ll threaten my parents,” Lorenz said. “I’ve had to remove every single social tie, I have severe PTSD from this. I’ve contemplated suicide, it got really bad.”

The individual behind the Libs of TikTok account appears to be doing well in the face of the Washington Post’s latest hit piece, assuring her Twitter followers that “Words cannot express how appreciative I am of the support I’m receiving right now.”

“Thankfully I’m currently holed up in a safe location. I’m confident we will get through this and come out even stronger. Grateful for all the thoughts and prayers,” Libs of Tik Tok tweeted on Tuesday.

Words cannot express how appreciative I am of the support I’m receiving right now. Thankfully I’m currently holed up in a safe location. I’m confident we will get through this and come out even stronger. Grateful for all the thoughts and prayers ❤️