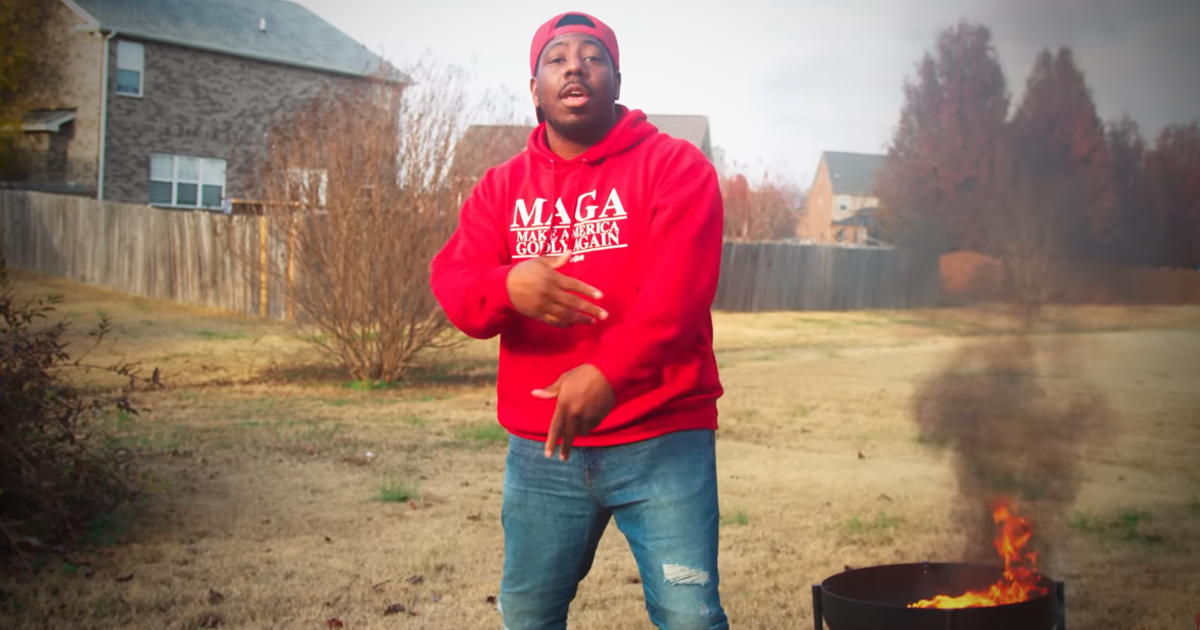 Bryson Gray, the conservative and Christian rapper who became famous for wearing an oversized Make America Great Again hat, released a new music video featuring him burn a pair of Balenciaga shoes after the fashion company became engulfed in a pedophilia scandal.

Gray, who regularly uses his music to comment on culture war flashpoints, the track “Burn Balenciaga” is set to video of him burning a pair of the luxury brand’s shoes.

I made a song about balenciaga while burning their shoes pic.twitter.com/9AoPBdnxK7

Balenciaga’s pedophilia scandal, in which it released an advertisement campaign littered with allegories of child sex crimes, continues to pick up steam with no end in sight.

Valiant News’ reporting on the subject has since gone ultra viral, with more than 2 million views on a TikTok video recapping our reporting.

As the TikTok creator noted, one of the photos from the Balenciaga ad campaign appears to show “a child’s drawing of the devil” and a “random black hood perfectly placed and tied,” which the user says is “resembling of a satanic cult.”

It also includes a misspelling of the brand’s name, “BAALenciaga,” which is similar to the name Baal, a pagan god worshiped via child sacrifice in antiquity.

Watch the viral TikTok on Spreely.video:

The episode has become so mainstream that Kim Kardashian was forced to break her silence on whether she would continue her relationship with the fashion brand this week, though she was criticized by some for failing to make a clear decision and for her delayed response.

“I appreciate Balenciaga’s removal of the campaigns and apology. In speaking with them, I believe they understand the seriousness of the issue and will take the necessary measures for this to never happen again,” Kardashian said in a statement posted to social media.

She added that she is “currently re-evaluating” her “relationship” and “future with Balenciaga,” and claimed that it will depend on “their willingness to accept accountability for something that should have never happened to begin with — & the actions I am expecting to see them take to protect children.”

As for my future with Balenciaga, I am currently re-evaluating my relationship with the brand, basing it off their willingness to accept accountability for something that should have never happened to begin with — & the actions I am expecting to see them take to protect children.