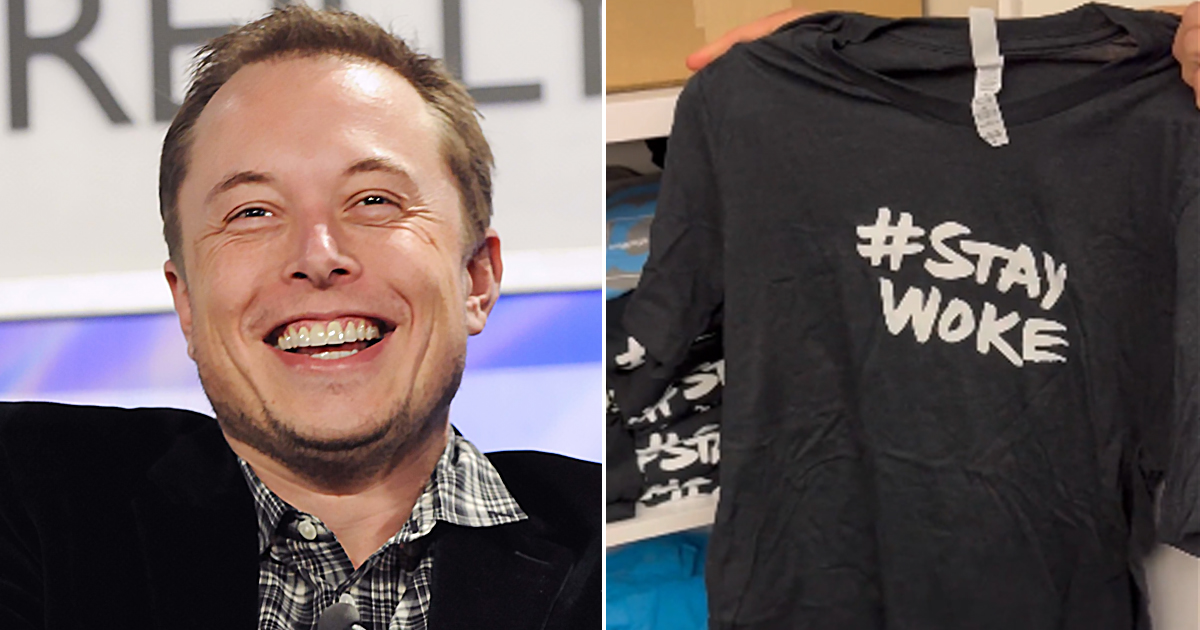 African-American billionaire Elon Musk posted a video to his Twitter account he says shows a “secret closet” at Twitter’s headquarters, filled to the brim with shirts emblazoned with “#StayWoke.”

“Found in closet at Twitter HQ [for real],” wrote Musk before adding laughing emojis. In the video, Musk describes his surprise at the discovery.

“Here we are,” said Musk, “there is an entire closet – a secret closet – full of hashtag woke t-shirts.”

In a now-deleted tweet, Musk revealed he and his colleagues discovered the shirts likely date from a 2015 protest movement that was later debunked in federal court.

“#StayWoke shirts stem from the Ferguson protests,” Musk wrote in the deleted message.

He added, “Obama’s own DOJ proved this & exonerated the cop.” He correctly added, “‘Hands up don’t shoot’ was made up. The whole thing was a fiction.”

After receiving push back from far left Twitter accounts who do not respect the findings of President Barack Obama’s Department of Justice, Musk deleted the tweet and replaced it with a link to a document from the DOJ.

Beginning over the weekend, a growing number of conservative accounts are being welcomed back to Twitter under Musk’s watch.

He began with a series of lower profile accounts, then escalated rapidly with a Twitter poll that led to the reinstatement of 45th President Donald Trump’s account last weekend.

Masculinity influencer Andrew Tate is also back on the platform, as is independent journalist Savanah Hernandez and  TPUSA ambassador ALX.

However, Musk revealed that his true commitment is not to free speech when he announced that radio and TV host Alex Jones would not be welcomed back to the platform, citing personal hangups regarding Jones’ statements regarding the Sandy Hook school shooting about 10 years ago.

Though wavering on his commitment to free speech, Musk seems resolute in his efforts to change Twitter’s culture.

In leaked audio released earlier this month, Musk is heard telling workers to immediately plan to begin working from the office or he would consider their physical absence a notice of resignation.