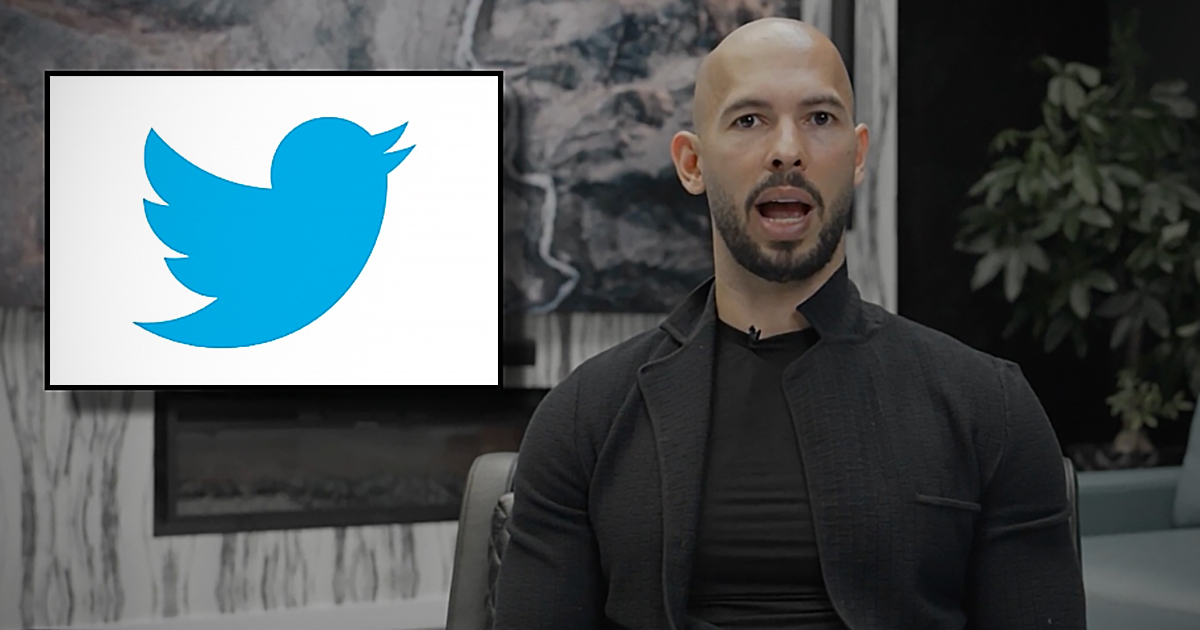 Outspoken ex-kickboxer and Internet personality Andrew Tate has been reinstated on Twitter under the leadership of billionaire Elon Musk.

Tate was banned across most social media platforms earlier this year after what he described as a deplatforming campaign over telling men “the truth” about their lifestyles.

“I am the last super hero of masculinity as every other ‘man’ has glaring obvious failings. Only I am absolutely complete and perfect in every possible way. I am the last hope for man kind. I will save everyone. All of you. Top G,” Tate said in response to his Twitter account’s reinstatement.

I have no fear of death. More importantly, I don’t fear life.

Speaking on his ban in late October, Tate accused social media platforms of deplatforming him because of his views on masculinity during an interview with martial artist Sean O’Malley.

“99% of my content was aimed at men, it had nothing to do with women at all,” Tate said.

“They attacked me with that misogyny garbage, but the truth is 99% of my content was aimed at men, telling them the truth. One of the great things about the masculine journey is that we have all live a semi-similar story.”

“It’s kinda cool, like we’ve all been the teenager who gets heartbroken… We’ve all kinda lived the same kind of journey.”

“That’s the thing about being a man, and that’s what I was saying to the kids, is that look, you’ve gotta get up,” Tate continued. “It’s going to be difficult, the world is getting harder and harder, especially for men. It’s all clout, it’s all status, there’s no way you’re going to matter if you don’t get up and work extremely hard. For some reason, they thought I was toxic and I had to be deleted.”

Tate published his “final message” in August after his social media bans to defend his views on gender and manhood, stating “I’m very, very happy that my life has been difficult because it is difficult to become a man of my capabilities without the struggles, without facing adversities and without overcoming often insurmountable odds.”

I don’t roll with Andrew Tate. May KO his ass out in the ring one day soon.

But I roll with freedom of speech.

Andrew Tate speaks on the ban:https://t.co/mnfuIgBSld

“Even from a very, very young age, I was taught that going to the authorities and crying and hoping someone else is going to fix your problems is not the way a man conducts himself,” Tate said.

“This leads me on to the reason I believe these narratives have gained such a foothold in popular consciousness,” Tate added. “Due to the fact I’ve been able to develop an iron mind, because I am probably the only individual who can be vilified to this level without taking personal insult and without being emotionally affected. I’ve allowed certain narratives to gain traction when I shouldn’t have done.”