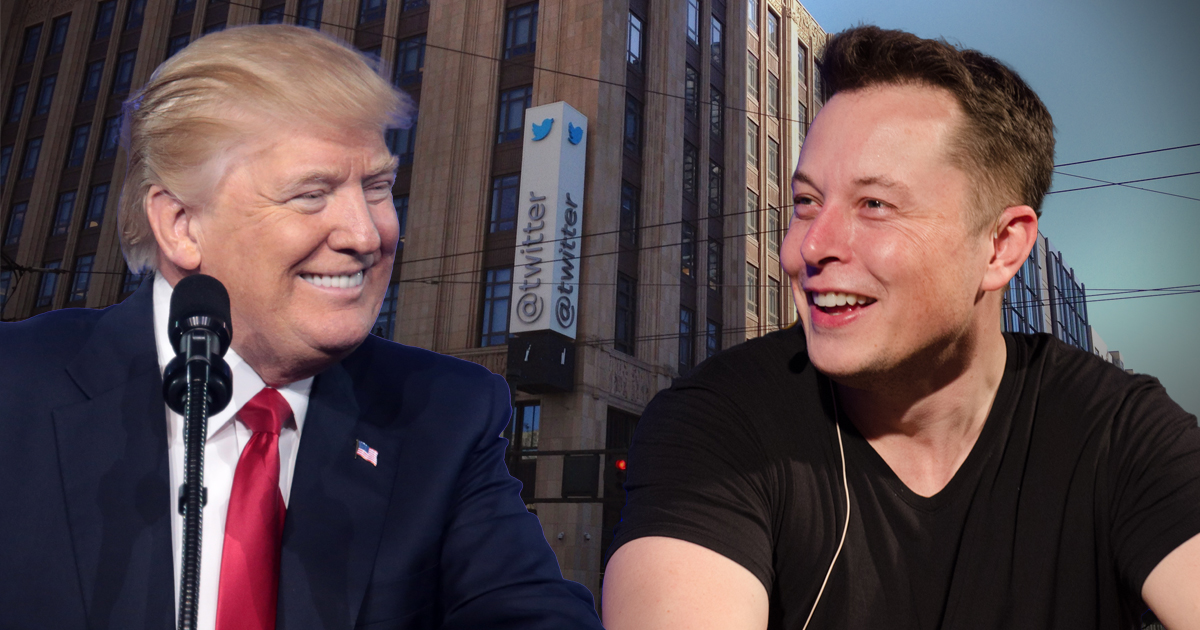 Though 45th President Donald Trump may be the most high profile conservative back on Elon Musk’s Twitter, he is far from the only one to have his account restored, with a number of other high profile figures now returning to the platform.

Trump, who was permanently suspended from Twitter after the protests at Capitol Hill in January last year, had his account reinstated by Musk on Saturday evening. Around 52% of 15 million Twitter users voted in favour of the former President returning to the platform.

The people have spoken.

Trump will be reinstated.

It is unclear whether Trump himself will return to post on Twitter, having said that he prefers his own-backed platform of Truth Social, which he claimed was doing “phenomenally well” and had better engagement than Twitter.

Shortly after Trump’s account was restored, prominent TPUSA commentator Alex Lorusso, known as ALX, was back on the platform, having been kicked off in April 2020 for joking about Joe Biden’s links to China.

Lorusso said he was “forever grateful” to Musk for allowing him to come back.

More accounts were soon to follow, including the personal campaign account of Rep. Marjorie Taylor Greene, who was banned for allegedly breaking rules regarding “covid misinformation,” the only member of Congress to ever have been banned on the platform.

I'm the only Member of Congress the unelected big tech oligarchs permanently banned.

On January 2, 2022, they violated my freedom of speech and ability to campaign & fundraise crying "covid misinformation."

The official account of Project Veritas was quick to be restored, along with those of pro-masculinity advocate Andrew Tate, as Valiant News reported on Monday, anti-critical race theory campaigner James Lindsay, and dissident streamer Sneako.

Following the mass unsuspensions, Musk tweeted that he hoped “all judgy hall monitors stay on other platforms.”

Hope all judgy hall monitors stay on other platforms – please, I’m begging u

A number of high profile conservative accounts have not been restored.

Among those who remain banned are Sargon of Akkad, Nick Fuentes, Savannah Hernandez, and Alex Jones, who was one of the first major accounts to be banned from Twitter.

The only other people I can think of is Sargon Of Akkad, Dr. Robert Malone, Dr. Peter McCullough, AJ of course but who else is missing from the list??? pic.twitter.com/bxfH7QDZJM

As of the time of writing, Jones is one of the only account holders who Musk has indicated would be prevented from returning. In a thread on the platform, Musk implied that Jones would be allowed to come back because of his comments on the mass shooting that took place at Sandy Hook in 2012.

“I have no mercy for anyone who would use the deaths of children for gain, politics or fame,” Musk stated.

My firstborn child died in my arms. I felt his last heartbeat.

I have no mercy for anyone who would use the deaths of children for gain, politics or fame.

Many have noted that Musk’s apparent role in determining which accounts will be allowed on Twitter runs contrary to his stated goal of bringing freedom of speech to Twitter.

While Musk’s Twitter may be more free than before, his personal animosity toward Jones appears to be the first example of Musk joining Twitter’s Old Guard and deciding against free speech.