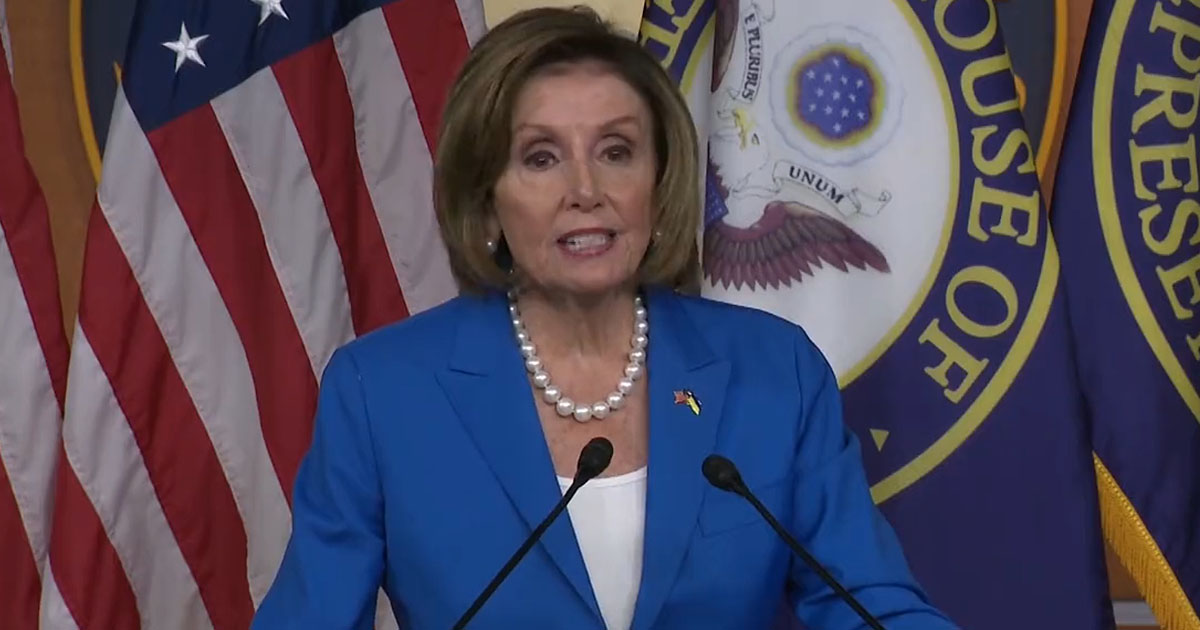 House Speaker Nancy Pelosi stated on Thursday that she believes beating former President Donald Trump in the 2020 election was President Joe Biden’s “great service to the country,” but then refused to say that Biden should seek reelection in 2024.

“President Biden is the president of the United States,” Pelosi said.” He did a great service to our country. He defeated Donald Trump. Let’s not forget that.”

Pelosi continued, “If you care about the air we breathe, the water we drink, the education of our responsibility, jobs for our, our, um, their families, pensions for their seniors, any subject you can name. I’m not going into the politics about whether the president should run or not.”

Democrats have repeatedly distanced themselves from Biden’s 2024 reelection bid as his approval ratings have plummeted over the past year.

“Let me ask you this, do you think, as some in your party are saying, [Biden] should run again, he’s open to running again, he’s not too old to run again?” Cavuto asked.

“Neil, I-I-I’m not gonna go there,” Hoyer, 83, replied. “You’re asking about problems today, this is about today. There’s an inflation problem – ”

Rep. Alexandria Ocasio-Cortez (D-NY) refused to commit to endorse President Joe Biden if he seeks reelection in 2024, going so far as to laugh outright at the prospect during an interview with CNN in June.