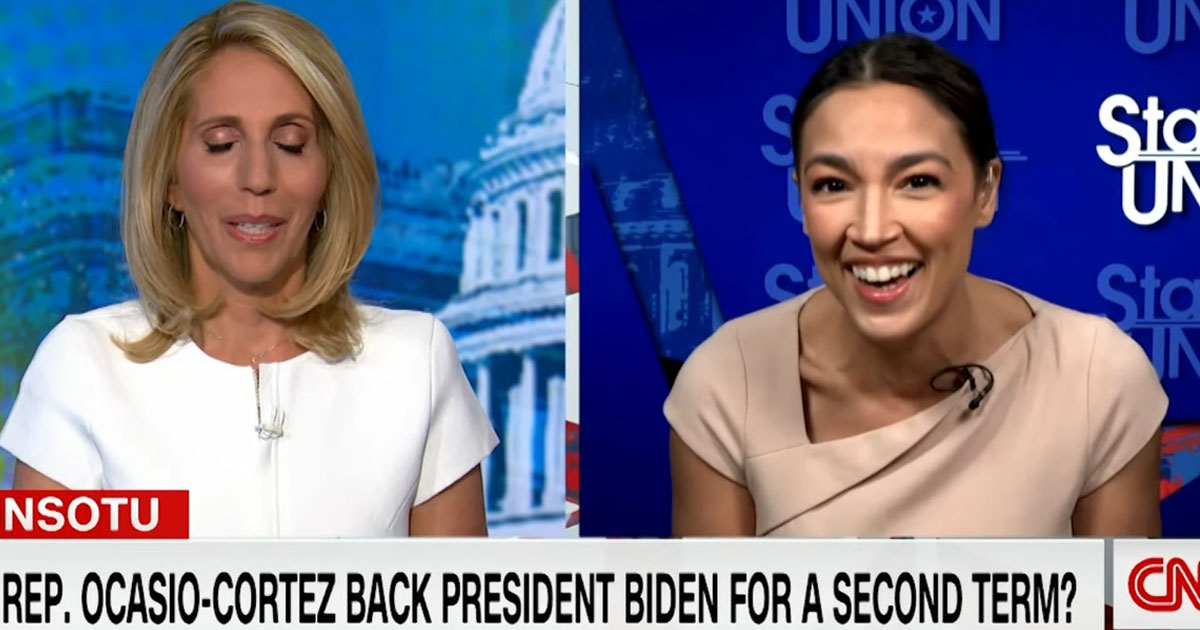 Rep. Alexandria Ocasio-Cortez (D-NY) refused to commit to endorse President Joe Biden if he seeks reelection in 2024, going so far as to laugh outright at the prospect during an interview with CNN this week.

AOC on Biden’s in '24: "You know, if the president chooses to run again, I mean, first of all, I’m focused on winning this majority right now … We’ll cross that bridge when we get to it … that’s something we’re all certainly willing to entertain and examine when the time comes" pic.twitter.com/FPCDeEhwzo

Ocasio-Cortez said in March that Biden was facing a “collapse of support among young people,” and that “time for the administration is running out.”

“We need to acknowledge that this isn’t just about middle of the road, increasingly narrow band of independent voters, but, this is really about the collapse of support among young people, among Democratic base, feeling like they worked overtime to get this president elected and they aren’t necessarily being seen,” the U.S. House rep. stated.

“I think the fact that the Biden administration has not been squarely shutting down, a lot of these executive orders do convey an openness, but I do think that time for the administration is running out,” Ocasio-Cortez said.