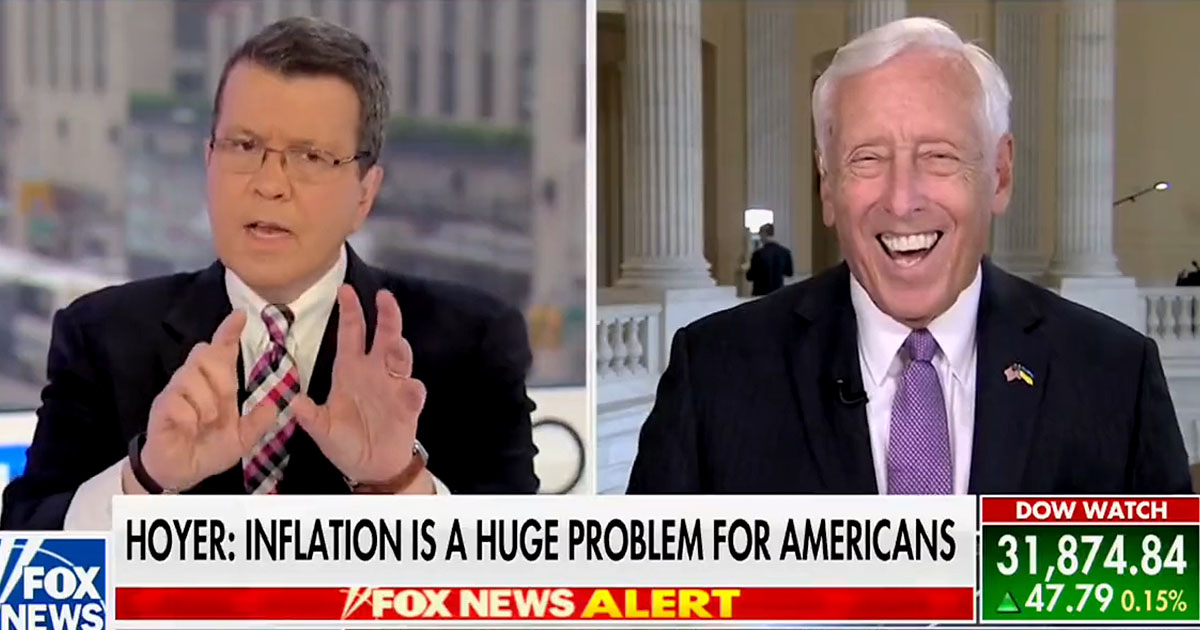 “Let me ask you this, do you think, as some in your party are saying, [Biden] should run again, he’s open to running again, he’s not too old to run again?” Cavuto asked.

“Neil, I-I-I’m not gonna go there,” Hoyer, 83, replied. “You’re asking about problems today, this is about today. There’s an inflation problem – ”

Cavuto interjected, “Well, six out of 10 Democrats don’t think the President’s up to dealing with this today.”

Hoyer pleaded with Cavuto to stop interrupting him and refused to engage further with the Biden line of questioning.

“I’m not going to go there” pic.twitter.com/XdvRDFT6ge

Rep. Alexandria Ocasio-Cortez (D-NY) refused to commit to endorse President Joe Biden if he seeks reelection in 2024, going so far as to laugh outright at the prospect during an interview with CNN in June.