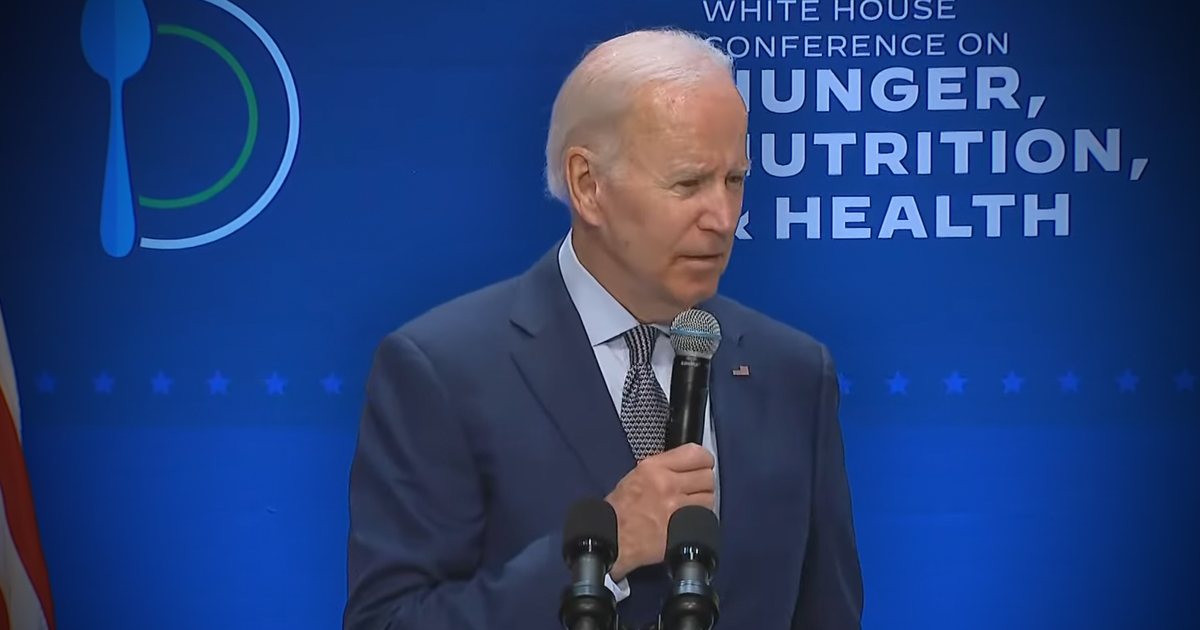 During a speech at the White House Conference on Hunger, Nutrition and Health, Joe Biden appeared to search for Representative Jackie Walorski in the audience, despite the Indiana congresswoman having passed away at the start of August.

The White House Conference on Hunger, Nutrition and Health was organised following lobbying from both sides of the aisle in Congress, and was held on Wednesday morning, the first of its kind since the initial conference in 1969, held under President Johnson.

Rep. Jim McGovern of Massachusetts, and Sens. Cory Booker of New Jersey and Mike Braun of Indiana, were key people in helping create the conference, along with the late Rep. Jackie Walorski.

Walorski died in a car accident in August aged 58, along with Zachery Potts, 27, a member of the St Joseph County Republican Party, and her communications director Emma Thomson, 28.

However, during his remarks, it appeared that Biden forgot that Walorski has passed away, despite having said in a statement following her death that he and his wife Jill were “shocked and saddened” to hear of her passing.

According to reports, a tribute video to Walorski was played during the conference, according to Politico’s Meredith Lee Hill, who called her a “major advocate for the effort,” with former Daily Caller reporter Greg Price noting that the video had apparently played just before Biden’s speech.

A tribute video honoring the late Rep. Jackie Walorski (R-Ind.) will play during the White House conference on hunger, nutrition and health today. She was a major advocate for the effort and among a handful of Rs who stuck behind it, even when the politics grew tough.

As Valiant News reported, during the conference on hunger Biden pointed at an audience member and shouted “don’t jump,” making it at least the third time this year that Biden has jokingly shouted the phrase during an event focused on the well-being of disabled or sick persons.