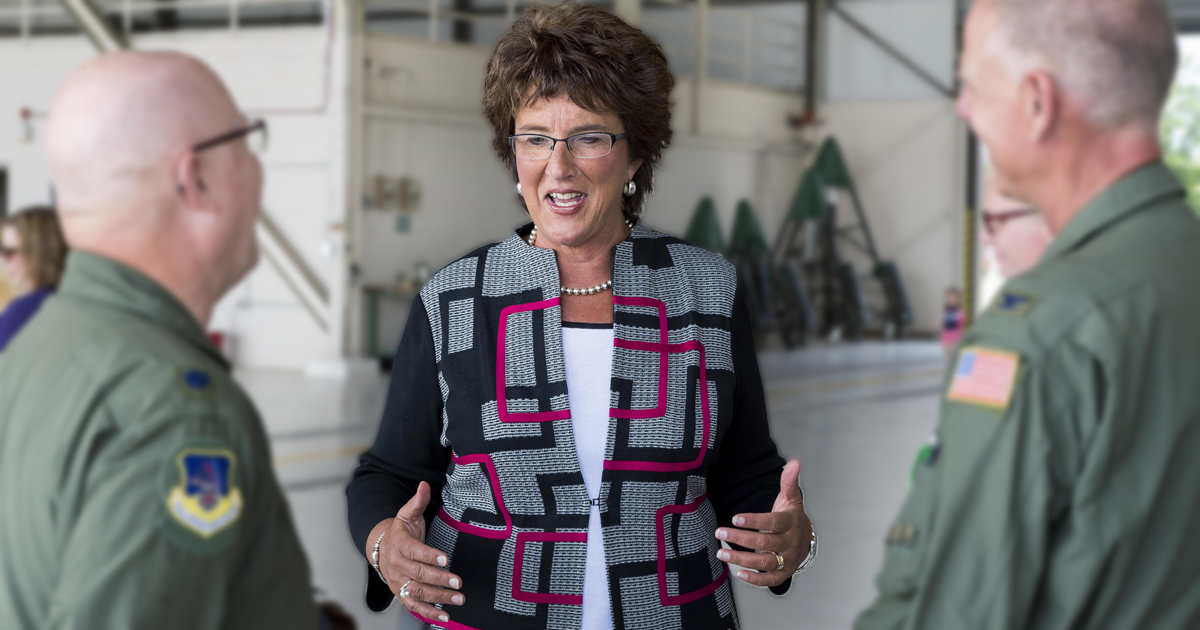 Republican Representative Jackie Walorski was killed in a car crash along with three others on Wednesday afternoon in her Indiana district.

Walorski, who represented Indiana’s 2nd District, died in a crash at 12:32 PM with another vehicle near Nappanee in Elkhart County, according to police. Two other occupants of the SUV in which Walorski was traveling died: Zachery Potts, 27, a member of the St Joseph County Republican Party, and her communications director Emma Thomson, 28.

The driver of the second vehicle, Edith Schmucker, 56, who was the sole occupant, was also pronounced dead at the scene.

#BREAKING: U.S. Congresswoman Jackie Walorski (R-Indiana) has been killed in a crash that happened at 12:32 P.M. in Elkhart County on S.R. 19 south of S.R. 119. pic.twitter.com/SbvhWlHgxL

Erica Finke, a news presenter with local CBS and Fox affiliate WSBT, was one of the first to report on the collision, and said that all three occupants of the SUV were “always so kind to [her] and easy to work with, despite their busy schedules.”

Politics aside… Jackie, Zach and Emma *Thomson were always so kind to me and easy to work with, despite their busy schedules. My stomach is sick for all of their — as well as Edith's — family, friends and loved ones.

In a statement, Walorski’s Congressional office confirmed her death. “She has returned home to be with her Lord and Savior, Jesus Christ,” it read. “Please keep her family in your thoughts and prayers.” House Republican Leader Kevin McCarthy shared the statement “with a heavy heart.”

It is with a heavy heart that I am sharing this statement from the Office of Congresswoman Jackie Walorski. pic.twitter.com/UEPoKBDf5N

Secretary of Transport Pete Buttigieg, the former Mayor of South Bend, which sits in Walorski’s district, paid tribute to her in a post on social media, saying that he was “shocked and saddened to hear” of her “tragic” death.

“Though we came from very different places politically, she was always prepared to work together where there was common ground, always decent and straightforward, and she cared deeply about her work and her constituents,” Buttigieg added.

Though we came from very different places politically, she was always prepared to work together where there was common ground, always decent and straightforward, and she cared deeply about her work and her constituents.

“Jackie was a very good friend,” said Indiana State Rep. Jake Teshka in a statement. “I’m devastated. This is a major loss for our community.”

Walorski, who represented the 2nd District since 2012, and who won the Republican primary for her seat uncontested in May, served as a ranking member of the House Ethics committee. She was a supporter of President Trump’s agenda, including his 2017 executive order to issue a temporary ban on immigration from seven Muslim-majority countries.

The late Representative joined 125 other Republican members of the House in signing an amicus brief to the Supreme Court in the Texas v. Pennsylvania lawsuit, which attempted to scrutinise the integrity of the 2020 presidential election.