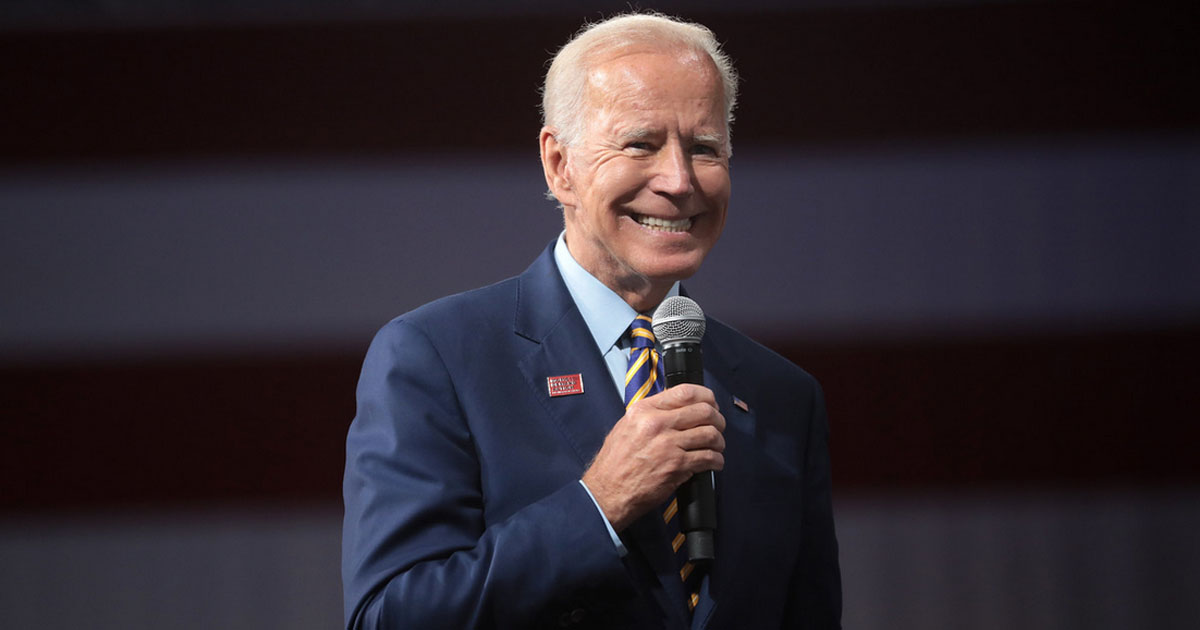 President Joe Biden pointed at an audience member and shouted “Don’t jump!” during the White House Conference on hunger, Nutrition, And Health this Wednesday.

It is at least the third time this year the President has jokingly shouted “don’t jump” at an audience member during an event focused on the well-being of sick or disabled persons.

Biden used the “don’t jump” catchphrase earlier this week while holding up an Atlanta Braves jersey.

Roughly two weeks prior to the “don’t jump” on Monday, Biden used the phrase while addressing a group of cancer survivors at the JFK library in Boston, Massachusetts.

“I want to thank all of you. The cancer patients, survivors, caregivers. And don’t jump from up there, okay?” Biden said added, motioning up to a group of people on a balcony at the museum.

President Biden to cancer survivors on balcony: "Don't jump from up there, ok?" pic.twitter.com/wQcg786UgF

In May, Biden shouted “Don’t jump during an event honoring Paralympic athletes.

Biden told troops from the 82nd Airborne division, which often deploys by jumping from aircraft, “Don’t Jump” during an address in March.

It wasn’t the only time Biden used “don’t jump” in March.

Biden has been using the phrase since before 2022.

Why does Biden tell a 7-year-old boy "don't jump" from a balcony? This is *not* normal.🔻 pic.twitter.com/aA7WEahFTk

While “don’t jump” might be the most tone-deaf Biden catchphrase, it is likely not the most bizarre – that honor would go to his frequent fantasies about deer in the woods wearing bulletproof Kevlar vests.