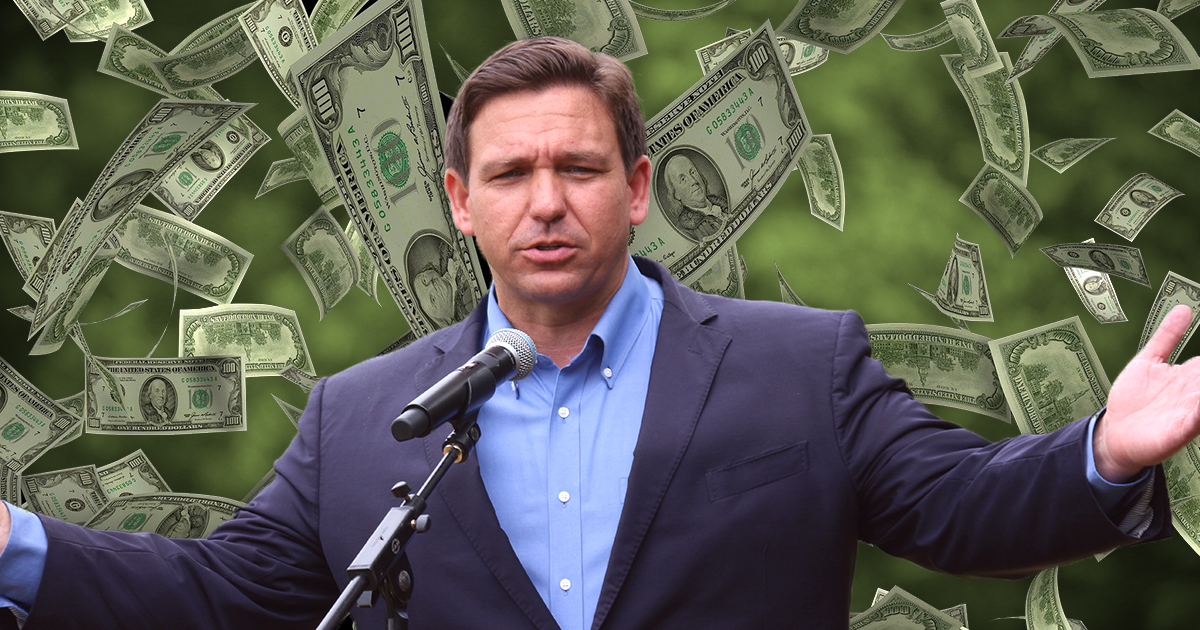 Florida Gov. Ron DeSantis has raised $218 million for his campaign for reelection as Florida’s governor, smashing all previous records from governor candidates on both sides of the political aisle.

The record breaking fundraising revelation was made when the Financial Times reviewed campaign finance disclosures from the DeSantis campaign and reported the eye-popping fundraising haul late last week, Forbes explained.

It’s also just shy of quadruple the $58 million DeSantis raised in 2018, when he was a relatively unknown member of the U.S. House running against Democrat Andrew Gillum.

Some have noted, however, that DeSantis appears more willing to accept money from large groups.

Unlike DeSantis, Trump famously eschewed large donations early in his 2016 campaign, telling prospective voters at the time that he would prefer to self-fund his campaign and rely on smaller donations from individuals than accept donations that could come with strings attached.

Trump still raises 54% of his money from small donors pic.twitter.com/yj2S9N4t4x

DeSantis’s Democratic challenger Charlie Crist, meanwhile, has raised a paltry $17 million for his own campaign.

Polls that show DeSantis far ahead – a recent poll showed him 9 points ahead of Crist – combined with his high nationwide name recognition make it very unlikely the Republican will be unseated.

At the same time, his status as an A-list Republican celebrity – and ability to smash fundraising goals – has fueled speculation that the Florida man may be plotting a run for the White House in 2024.

Should he decide to run, however, DeSantis would almost certainly find himself pitted against 45th President Donald Trump, who continues to dominate Republican presidential polling. 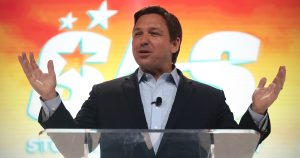 Though DeSantis has stressed that he has no current plans to run for the White House and is solely interested in securing a second term as governor, and though Trump remains the front runner in virtually every poll of hypothetical Republican candidates, DeSantis is generally the only candidate who comes close to polling competitively against Trump.

In fact, DeSantis narrowly beat Trump in a poll of New Hampshire Republicans earlier this year, garnering 39% of support compared to Trump’s 37% in that June survey.

Most recently, DeSantis left Democrats in Washington and Massachusetts with egg on their faces after sending 50 illegal immigrants originally destined for Florida to Martha’s Vineyard, the exclusive and elite island that is part-time home to the Obama family, Bill Gates, Oprah, and other major celebrities.

Ultimately the Democratic government deported the illegal immigrants off the expensive island and onto the mainland, ending the national focus on the wealthy but small community.

Spread the love
In this article:Featured, Ron DeSantis