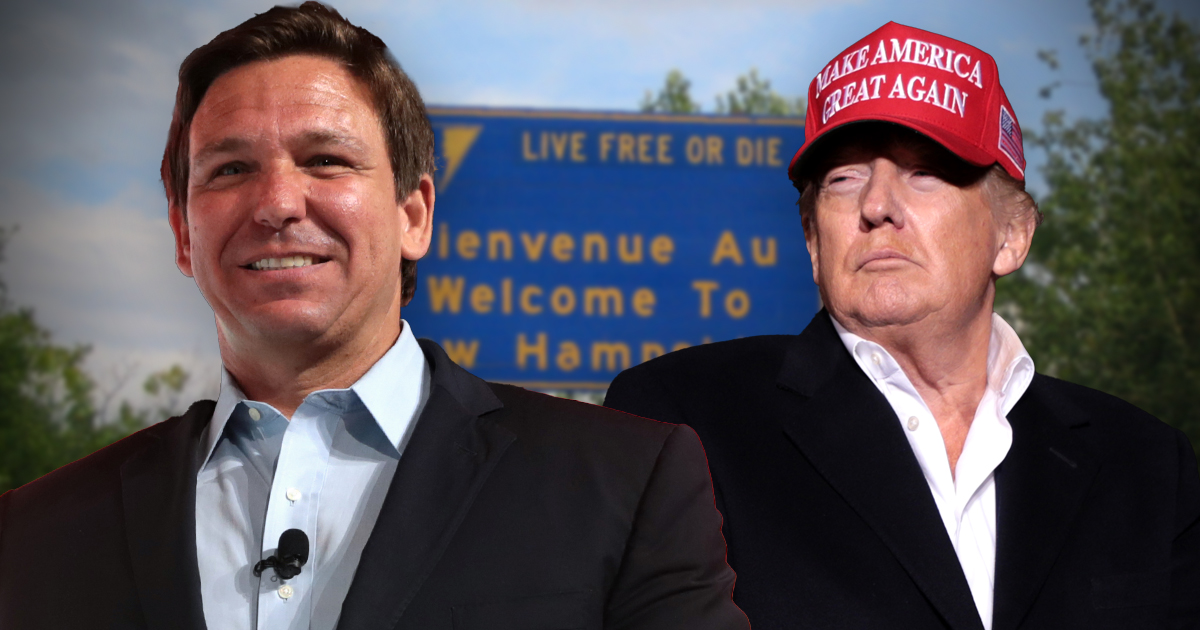 A new poll from the University of New Hampshire Survey Center shows Florida Gov. Ron DeSantis with a narrow lead over 45th President Donald Trump in a hypothetical 2024 matchup in that state.

The poll shows DeSantis garnering 39% of support compared to Trump’s 37% of support, meaning the popular Republicans are statistically tied in the Live Free or Die state.

DeSantis and Trump are the only two candidates receiving a large share of the vote. Beneath them are Mike Pence at 9%, former UN ambassador Nikki Halley at 6%, former Secretary of State Mike Pompeo at 1%, South Dakota Gov. Kristi Noem at 1%, and U.S. Sen. Ted Cruz with 1%.

Most previous polls have shown Trump with a comfortable lead over all other candidates, with DeSantis as the distant second place finisher.

In fact, one poll from the same researchers last year shows that Trump’s base in the state may be slipping, while DeSantis’ popularity has grown.

In October of last year, Trump polled at 43% and DeSantis polled at 18%.

While Trump and DeSantis have benefited from a friendly relationship, some suggest cracks have already begun to surface.

DeSantis, while currently running for reelection as Florida’s governor, is rumored to be acting with the goal of a presidential run in 2024. Trump, meanwhile, is reportedly planning to run in 2024, but has been advised to wait to make his announcement until after the 2024 midterms.

Still, Trump is apparently concerned that sitting on the sidelines will allow DeSantis’ popularity to soar unopposed, and thus the 45th president is reportedly planning an early campaign launch as soon as July 4.

However, such a decision would mean that the Save America PAC will be severely limited in its ability to fund raise and coordinate with Trump.

The Florida governor, meanwhile, appears to have already secured the endorsement of Tesla and Space X CEO Elon Musk. After Musk announced his support for DeSantis, the Florida man replied that he was happy to receive support from “African-Americans.”