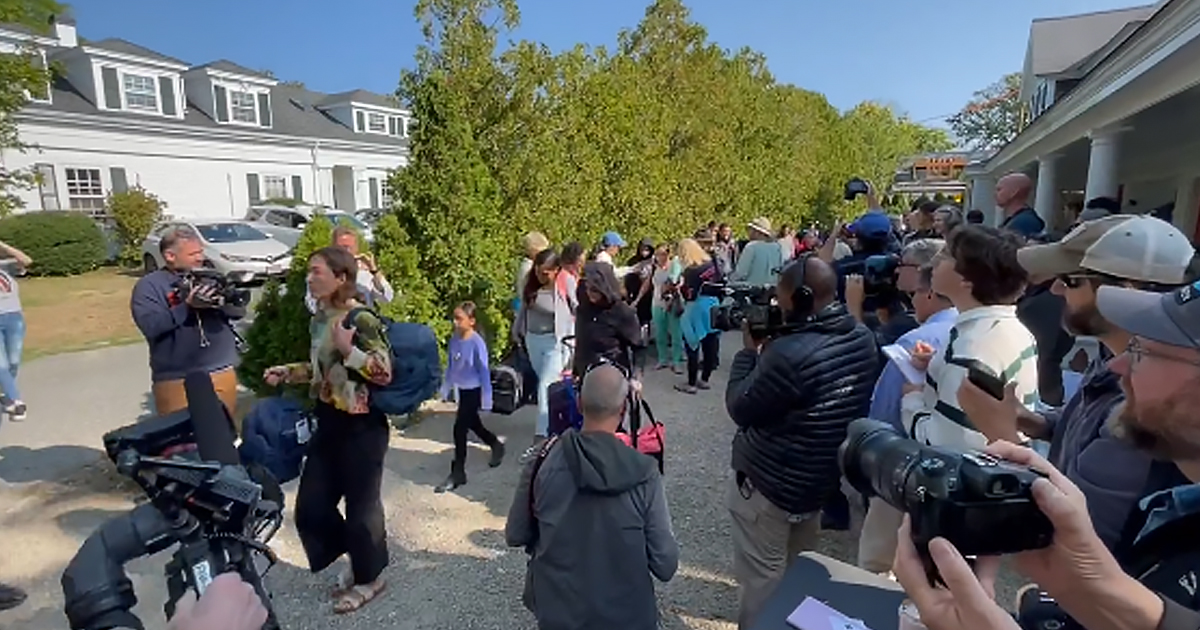 Authorities on the super wealthy enclave of Martha’s Vineyard have reportedly deported the 50 illegal immigrants off the island after they were sent there by Florida Gov. Ron DeSantis.

Video captured on Friday morning appears to show the 50 immigrants sent to Martha’s Vineyard boarding new buses and preparing to leave the island. Apparently, some took selfies and hugged volunteers as they were shipped away from their temporary home and back toward the mainland.

Globe reporter Samantha Gross captured video of the buses arriving, then later captured the illegal immigrants boarding buses to leave the island that is home to the rich and famous.

Buses have arrived in Edgartown to transport migrants from St. Andrew’s Parish House.

There is one big bus and two shorter buses to transport folks off the island. People with bags are taking selfies and hugging volunteers goodbye pic.twitter.com/wuauiZM4Y3

Another reporter, Emilie Ikeda for NBC, confirmed that the illegal immigrants will be destined for Joint Base Cape Cod.

She also revealed that Massachusetts activated the National Guard to cope with the 50 illegal immigrants, and 125 men and women will be activated to help ferry the buses away from the elitist getaway island.

HAPPENING NOW: Migrants, flown into Martha’s Vineyard by Fl’s governor, are boarding buses. They’ll be heading to Joint Base Cape Cod, according to officials. 125 Mass National Guard members are being activated to assist. @NBCNews pic.twitter.com/RLwxNPu8GM

Gross explained that migrants were later “taken off VTA buses and put onto a Yankee charter bus,” from which they will “presumably” be “loaded onto a ferry” and sent away from the island.

Here at the Vineyard Haven Steamship Authority stop, where migrants are being taken off VTA buses and put onto a Yankee charter bus, which presumably will be loaded onto a ferry toward Woods Hole — about 20 miles from the joint base at Buzzard’s Bay. pic.twitter.com/EL7VRoiEEm

The situation at Martha’s Vineyard began only yesterday, when DeSantis sent around 50 illegal immigrants to the island, reportedly after the Biden White House attempted to send them from Texas – where they illegally entered the country – to Florida.

Almost immediately, the wealthy, white residents of Martha’s Vineyard declared an “unprecedented humanitarian crisis” and worked to provide temporary lodging for the illegal immigrants while repeatedly stressing that they could not stay permanently.

“We have, at some point in time, they have to move from here to somewhere else. Right?” Local homeless shelter coordinator Lisa Belcastro told the media yesterday. She continued, “We cannot – we don’t have the services to take care of 50 immigrants.”

“We don’t – we can’t house everyone here that lives here and works here,” she stressed. “We don’t have housing for 50 more people.”

Some have criticized the decision from Republican governors to send illegal immigrants to Democratic strongholds, but many conservatives believe it gives residents of those states and cities the ability to experience, first hand, the level of diversity that Democratic policies have inflicted on border states, the South, and the Midwest.

While Texas Gov. Greg Abbott and Arizona Gov. Doug Ducey have generally sent illegal immigrants to Washington, D.C. – where activists are often standing by to assist them – DeSantis altered the formula by sending them to Martha’s Vineyard.

The wealthy island boasts only 15,000 residents, but among them are celebrities, titans of industry, and powerful politicians.

Former President Barack Obama and his wife bought an $11 million mansion there in 2019. With seven bedrooms and 8.5 bathrooms, the beachfront property sits on nearly 30 acres.