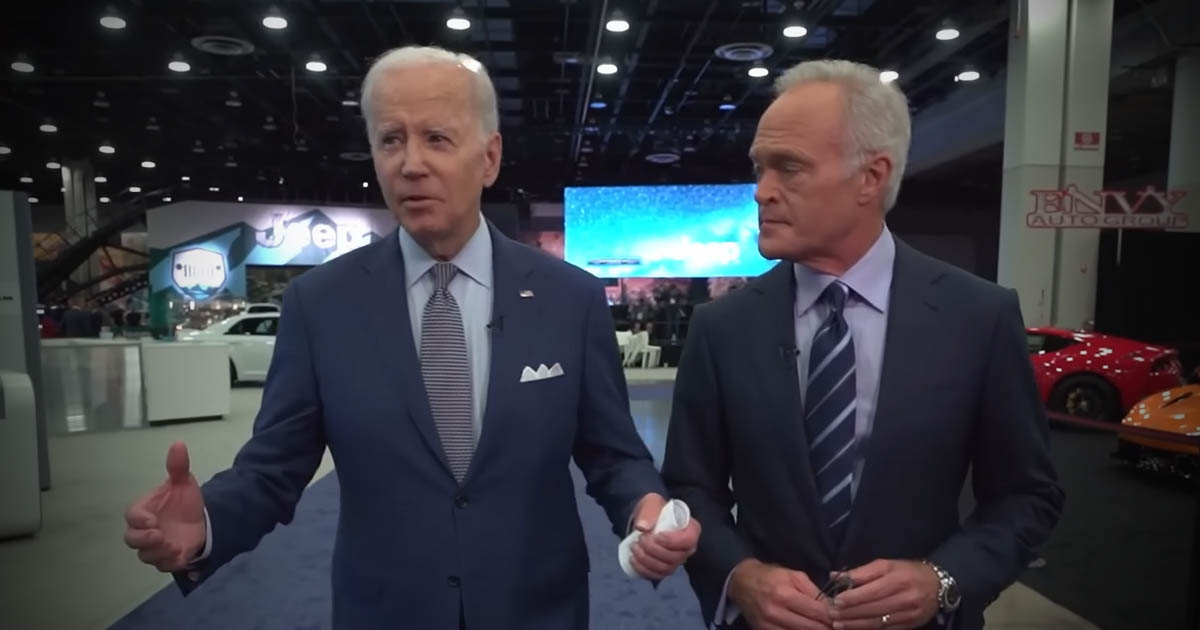 Joe Biden declared the COVID-19 pandemic is officially “over,” but that the country still has a “problem” with the disease in a move that apparently surprised his own government.

In an interview aired on Sunday on CBS’s “60 Minutes,” Biden spoke to presenter Scott Pelley at the Detroit Auto Show, the first one to be held in three years. Pelley asked Biden point blank if he thought the pandemic was over, to which Biden replied in the affirmative.

“The pandemic is over,” Biden said. “We still have a problem with covid. We’re still doing a lot of work on it… but the pandemic is over. If you notice, no-one is wearing masks. Everybody seems to be in pretty good shape. And so I think it’s changing, and I think this is a perfect example of it.”

In an interview with 60 Minutes, Joe Biden says "the pandemic is over." pic.twitter.com/JEEKdvQvXX

According to a report from Politico, the comments from Biden were not expected by his health advisors, who had been caught “by surprise” at his remarks, which two administration officials told the outlet were not planned.

The declaration of victory over the covid pandemic from Biden comes as White House Press Secretary Karine Jean Pierre explained that the fifth dose of the COVID-19 vaccine was actually not a booster, but a new, improved, “updated” vaccine.

Anthony Fauci, the outgoing chief medical advisor in the Biden administration, declared earlier this month that Americans will have to be injected with the “updated” COVID-19 vaccines every year in order to stay safe and protected.

During the same interview on 60 Minutes, Biden noted that he might not choose to run for President in 2024. “Look, my intention, as I said to begin with, is that I would run again,” Biden said, reiterating a statement he’s made in the past when asked if he plans to run for reelection.

“It’s much too early to make that kind of decision. I’m a great respecter of fate. And so, what I’m doing is I’m doing my job. I’m gonna do that job,” he said. “And within the timeframe that makes sense after this next election cycle here, going into next year, make a judgment on what to do.”