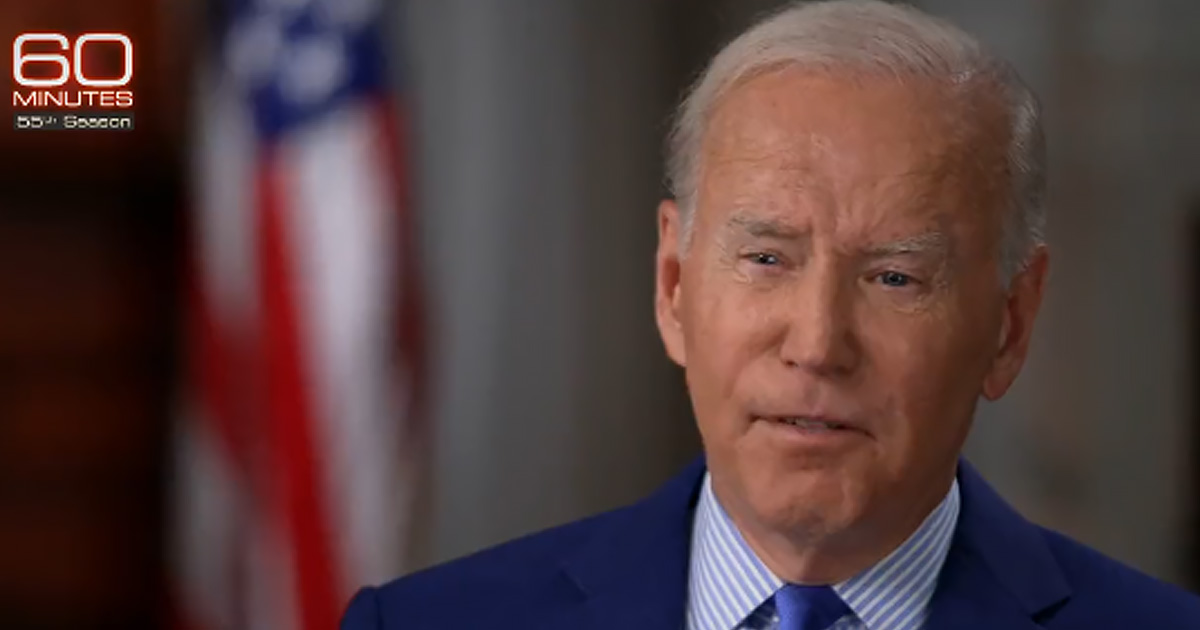 Joe Biden admitted for the first time tonight that he may not seek reelection in 2024, potentially opening the door for a less divisive Democrat to represent the party and allow the 79-year-old to retire without the possibility of losing the White House to his chief rival, 45th President Donald Trump.

The elderly president made the remarks during his appearance on “60 Minutes” on Sunday night, responding when asked whether he’s made a “firm decision” on whether to run in 2024, reported the New York Post.

“Look, my intention, as I said to begin with, is that I would run again,” Biden said in response, reiterating a statement he’s made in the past when asked if he plans to run for reelection.

“But it’s just an intention. But is it a firm decision that I run again?” Biden admitted, “That remains to be seen.”

60 Min: "Are you committed to running again?"

Biden: "My intention, as I said to begin with, is that I would run again. But it’s just an intention. But is it a firm decision that I run again? That remains to be seen,” pic.twitter.com/3R3W3I8e9Z

While Biden has attempted to project strength to fellow Democrats through his politically divisive “Red Sermon” speech that Republicans say cast him as a dictator, he has faced an increasing number of calls to declare himself a one term president as his unpopularity continues to mount, and threatens to tank his party’s hopes to hold the Senate in November.

After saying his reelection decision “remains to be seen,” Biden repeated a more familiar “respecter of fate” line that he’s used before.

“It’s much too early to make that kind of decision. I’m a great respecter of fate. And so, what I’m doing is I’m doing my job. I’m gonna do that job,” he said, according to the Post. “And within the timeframe that makes sense after this next election cycle here, going into next year, make a judgment on what to do.”

“Intention” is doing a lot of work here… https://t.co/0y6rFrmqDO

Biden has been dogged with questions about whether he will run for reelection due to his advanced age. He would be in his mid 80s when leaving the White House, if he did run again and won.

However, this may be the first time Biden has been asked about his plans for 2024 since his government raided the home of his chief political opponent.

Should Biden decide to retire after one term, it may spare the eventual Democratic nominee from accusations of political persecution.