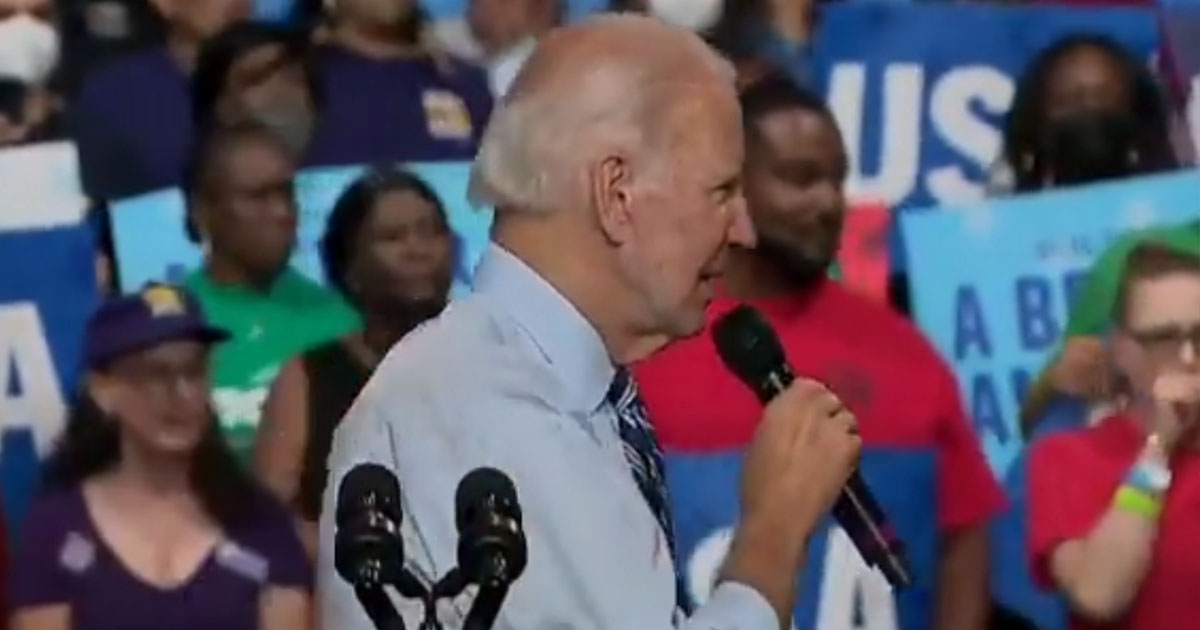 President Joe Biden was apparently heckled by a supporter of former President Donald Trump on Thursday while giving a speech in Maryland, according to new video footage.

“You stole the election!” a man shouted while Biden was monologuing about his distaste for “MAGA Republicans.”

“That’s alright, no no no no no, let him go,” Biden said, smiling. “Ignorance knows no boundaries.”

Biden has empathically claimed that he had no advance notice of the FBI raid on political opponent and former president Donald Trump’s Mar-a-Lago estate that was personally approved by Attorney General Merrick Garland.

“How much advance notice did you have of the FBI’s plan to search Mar-a-Lago?”a reporter asked Biden on Wednesday.

“I didn’t have any advance notice. None. Zero. Not one single bit,” Biden insisted

Biden’s Attorney General revealed that he “personally approved” the raid on 45th President Donald Trump’s home in August, which seems to contradict previous claims that the Biden administration was left in the dark on the raid.