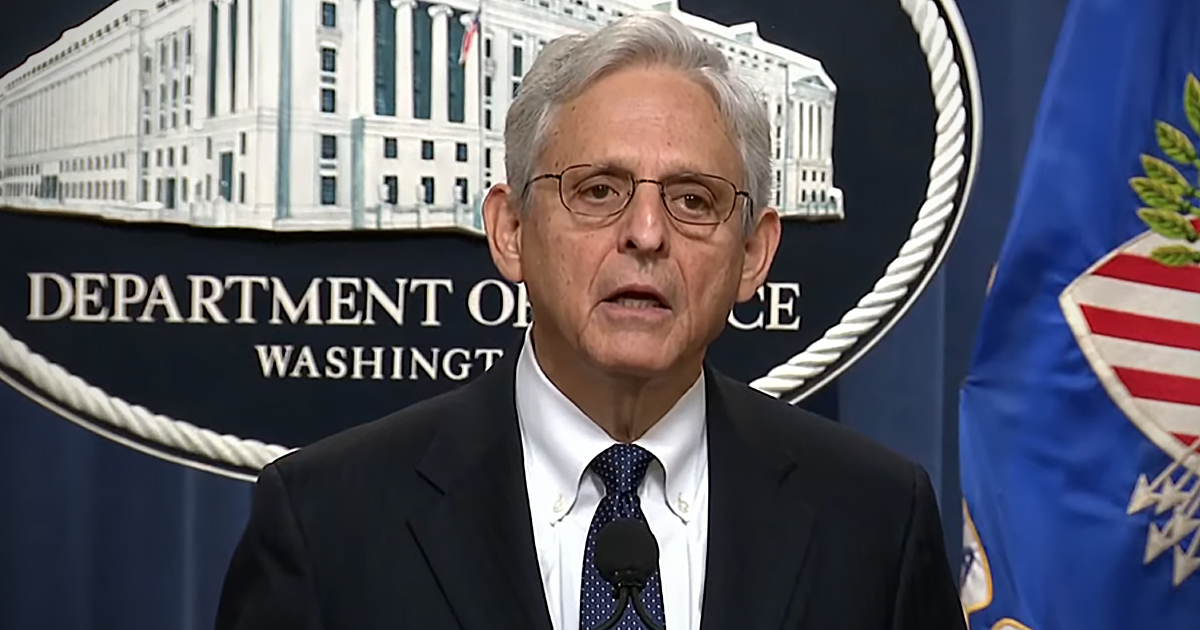 Today Attorney General Merrick Garland revealed that he “personally approved” the raid on 45th President Donald Trump’s home early this week, which seems to contradict previous claims that the Biden administration was left in the dark on the raid.

Garland, who was appointed by Joe Biden after he lost his chance at becoming a Supreme Court Justice at Trump’s hand in 2017, admitted his involvement during press conference and speech this afternoon.

AG Merrick Garland delivers a statement about the FBI raiding Trump: "I personally approved the decision to seek a search warrant in this manner." pic.twitter.com/mIhawVK3o9

Garland also claimed, without evidence, that “Copies of both the warrant and the FBI property receipt were provided on the day of the search to the former president’s counsel, who was on site during the search.”

This directly contradicts statements made by Eric Trump, who told The Daily Mail that FBI agents forced the family’s lawyer off the property, then quickly flashed the warrant from a great distance after ordering them to turn off the property’s security surveillance cameras.

Garland then attempted to defend the honor of the FBI agents and Department of Justice officials involved in the raid on Trump’s home.

Garland also acknowledged for the first time that he would cooperate with the legal request to unseal both the warrant and receipt of property removed from Mar-a-Lago.

Garland: I have made clear the DOJ will speak through its court filings and it’s work. Just now the DOJ has filed a motion to unseal a search warrant and a property receipt… pic.twitter.com/BOuVP1MgdS

Initial reports cast doubt on the fact that Garland knew about the raid, as it was ultimately approved by an Epstein-connected judge in Florida.

Democracy and freedom watchdogs may be taken aback to learn that Garland was personally slighted by Trump, when the Republican president entered office and immediately withdrew 44th President Barack Obama’s decision to appoint Garland to the Supreme Court.

Critics of the administration may also be surprised to learn that Garland recently told the press he would be willing to prosecute political opponents of Joe Biden, namely Trump, even during an election year.