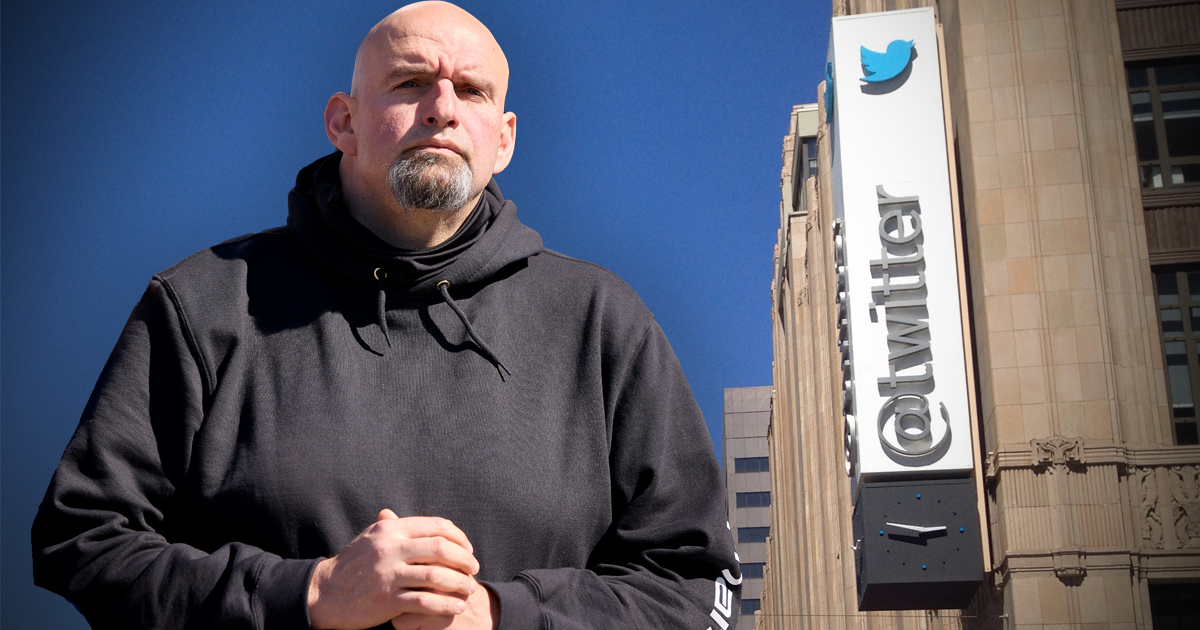 John Fetterman, the Pennsylvania Democrat Senate candidate, has no campaign events listed on his website, but is ready to teach volunteers how to “ratio” his political enemies on Twitter.

Fetterman, the current lieutenant governor of Pennsylvania, is currently running against former television host Dr Mehmet Oz in the competitive Senate race. The candidates are competing for the soon-to-be vacated seat of Sen. Pat Toomey, who voted to convict 45th President Donald Trump in his second impeachment trial.

The Lt Gov. fell victim to a stroke in May, and has returned to the campaign trail after taking a hiatus for understandable medical reasons. However, as noted by conservative commentator Greg Price, no public appearances are scheduled on his website.

What it does have, however, is an opportunity to fans of the Pennsylvania Democrat to learn how to ‘ratio’ his opponents on Twitter.

If you go to John Fetterman's website and click where it says "events," you won't see any public appearances scheduled.

But you will see "Twitter Ratio Strategy call" and social media training. pic.twitter.com/IjrSevC3q8

“For those of you who are very online or are familiar with our social media team, you are likely aware of the legendary ratios,” the description for the online event reads. “This call will be a time to appreciate our Ratio Team for their hard work. We recognize this is something that’s worked really well organically but also a great opportunity to organize!!”

To ratio someone on Twitter is to reply or quote their original tweet, and receive more interactions, be they likes or retweets, than the initial post. To do so is a sort of “victory.”

The reveal that Fetterman has a dedicated “Ratio Team” reveals the inorganic nature of many political interactions on the Big Tech site, something conservatives have suspected for a while.

For those joining the call, the “Ratio Team” will be expected to hear from ordinary Democrats about “the best way to proceed” with organising a more concrete online strategy, “whether it’s a twitter group, an organizing program for ratios, or letting the people do their thing!”

Further dates for “social media training” are advertised on Fetterman’s website, as opposed to any in-person events.

John Fetterman is not okay. pic.twitter.com/3xiQwiBaT3