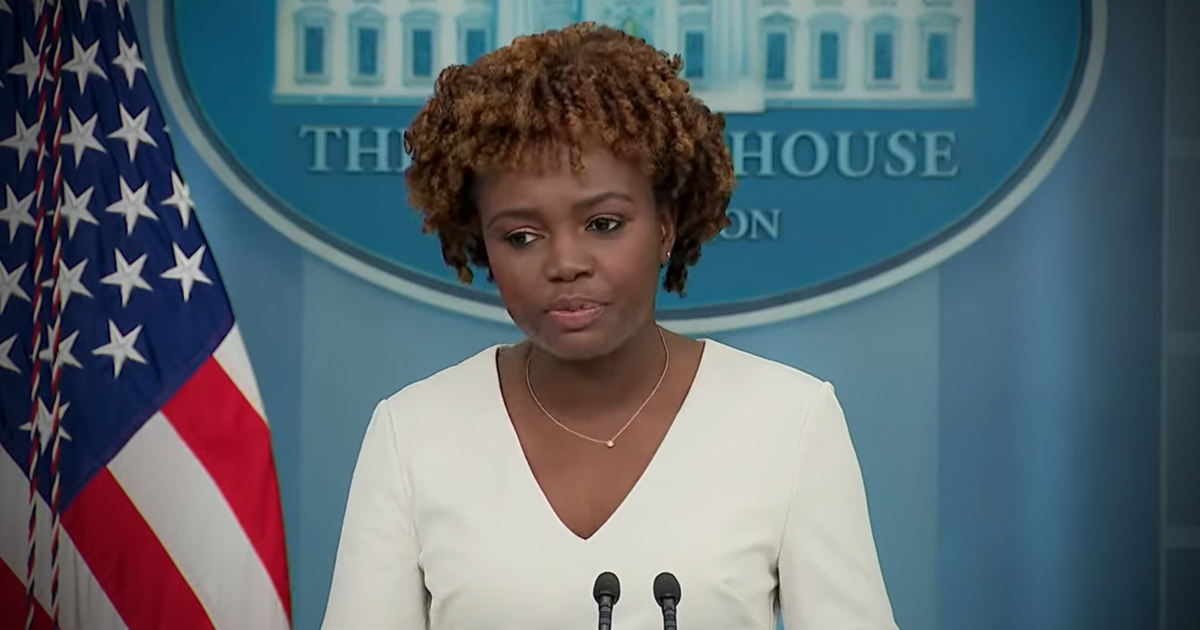 White House Press Secretary Karine Jean-Pierre has revealed that Joe Biden will “remain isolated until he tests negative” for COVID-19.

Speaking to reporters on Thursday, Jean-Pierre was quizzed regarding Biden’s recent new positive COVID-19 test, having been quarantining since initially testing positive last month, and when he would be back at work physically.

“Basically for isolation, today is day five of the rebound, because this is not, this is a rebound not the first, I don’t want to say bout because this is a continuation, it’s just a rebound,” Jean-Pierre explained. “So he will remain isolated until he tests negative, as we previously stated.”

The White House Press Secretary said that the administration was going “above and beyond” to make sure that the former Vice-President wasn’t infectious.

"He will remain isolated until he tests negative." pic.twitter.com/Oz23bnlC3d

Unsurprisingly, a number of conservative social media users mocked the fact that Biden had continued to test positive for COVID-19, being isolated from the rest of the administration.

Commentator Steven Miller suggested that Biden would be “testing positive for covid on his ‘bad days’ for the next two years,” joking that he was being shut away from the public and reporters in order to prevent him from making embarassing gaffes.

Biden is going to be testing positive for covid on his "bad days" for the next two years. https://t.co/4rxQtBjM3r

Biden is in purgatory right now, condemned to test positive for Covid for the next 2,000 years

"Okay but could you toss me up a coupla quarts of ice cream. My favorite is 'NutJob with ClusterFucks and a Gaffe Gelee Swirl'…

Just before his initial positive COVID-19 test in July, Biden shocked the country by saying that he had “cancer” caused by the actions of oil companies.

This was quickly contradicted by the White House in an official statement, who instead insisted he mistakenly referred to an operation to have “non-melanoma skin cancers” removed in 2019, according to The New York Post, which appeared to question the veracity of the claim.