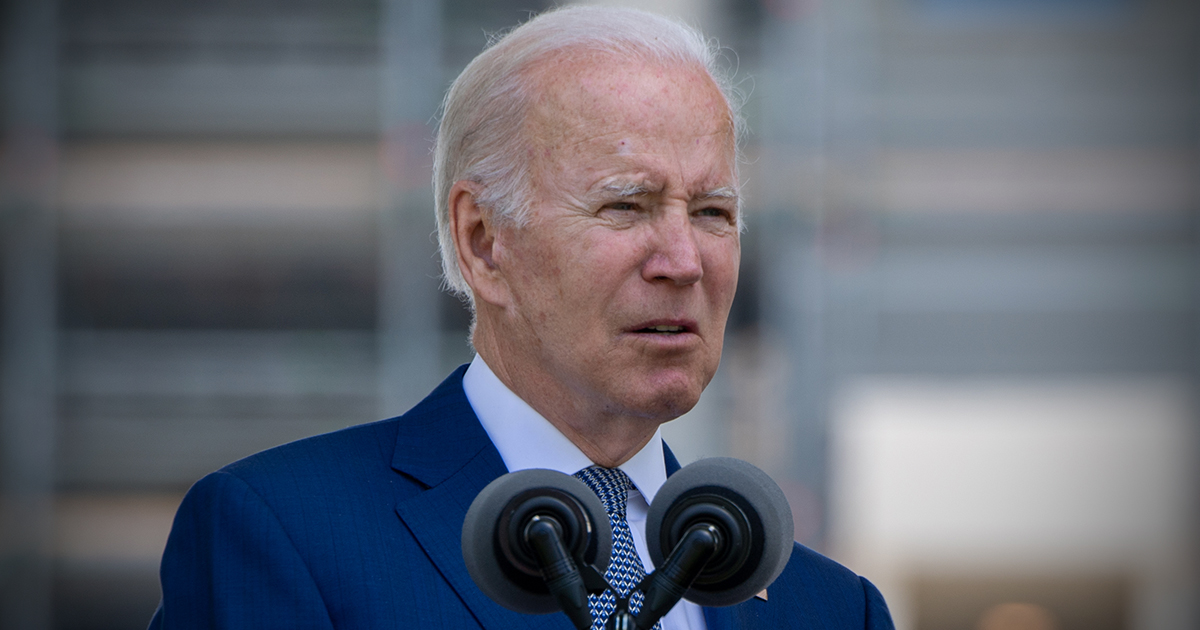 Today Joe Biden stunned Americans by admitting he has “cancer” thanks to oil companies. However, the White House claims that Biden was actually referring to a procedure he had three years ago to remove “non-melanoma skin cancers” before he ran for the White House.

Biden made the claim while pledging to use executive orders to force the country to bend to his climate change agenda, and suggested that oil slicks on a windshield sometime in the 1950s are “why I – and so damn many other people I grew up with – have cancer.”

The White House is referring journalists to a tweet from a Washington Post reporter which claims that Joe Biden does not have cancer, directly contradicting the 46th president’s own statement, and instead insisting he mistakenly referred to an operation to have “non-melanoma skin cancers” removed in 2019, according to The New York Post, which appeared to question the veracity of the claim.

“White House spokesman Andrew Bates referred The Post to a tweet from Washington Post columnist Glenn Kessler, who noted that Biden had “non-melanoma skin cancers” before he took office,” the newspaper reported.

The conservative leaning paper added, “It’s unclear why Biden chose to use a present verb tense to describe his experience with cancer.”

Skin cancer is extremely common and is frequently treated with outpatient procedures, and does not usually require the invasive surgeries, radiation, or chemotherapy necessitated by more serious forms of cancer.

Related  Biden Begs Illegal Migrants For Advice: 'If I Could Wave The Wand, What Should I Do?'

TownHall.com reporter Collin Anderson said he did not receive a response after asking the White House about Biden’s cancer claim, which led the journalist to note that the skin condition Biden had treated in 2019 was said to have been caused by Biden’s “time in the sun in his youth” and not an “oil slick” on a windshield.

No response, but the WH apparently told @TocRadio that Biden was referring to his already-removed skin cancers.

One main problem (beyond his use of present tense): Biden’s doctor explicitly said those came from his “time in the sun in his youth,” not “oil slick” on a “window”

If the Washington Post’s columnist is correct, this would appear to be the latest in a long series of gaffes in which the White House has been forced to correct its chief executive.

Since the beginning of this year the White House issued a flurry of fact checks against Biden. Memorable White House corrections include Biden’s claim that American troops stationed in Poland would soon see combat in Ukraine, a pledge to continue punishing Russia until regime change happened in Moscow, and Biden’s infamous threat to use chemical weapons against Russia.

More recently, the White House corrected Biden after he claimed that the United States would offer military support to Taiwan in the event of a Chinese invasion.