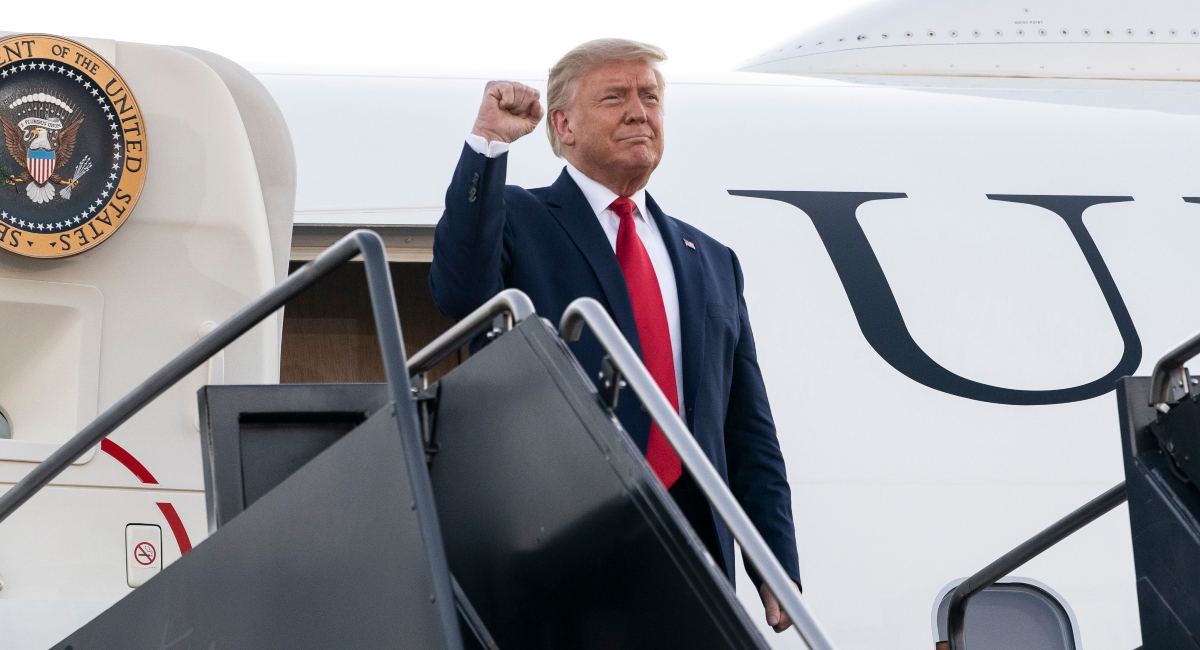 45th President Donald Trump on Tuesday decried what he described as a “coordinated attack” against him by “Radical left Democrat” state and local district attorneys following the controversial FBI raid on his Florida home at the Mar-a-Lago resort.

The in a new statement published on his social media platform Truth Social, the former president doubled down on his claims that the United States has become a “third world country” and lamented what he referred to as a “continuation” of the Russia hoax, Mueller report, and both impeachment debacles.

“A horrible thing that took place yesterday at Mar-a-Lago,” the 45th president wrote. “We are no better than a third world country, a banana republic.”

The former president then claimed that the recent incidents with law enforcement amount to a “coordinated attack” against him.

“To make matters worse it is all, in my opinion, a coordinated attack with Radical Left Democrat state & local D.A.’s & A.G.’s.,” Trump wrote.

In a subsequent post to Truth Social, the former president pushed back against the Biden White House’s claims that they had no “advance notice” of the raid, adding that then-Vice president Joe Biden was also aware of his son’s suspicious foreign business dealings.

ABC's @MaryKBruce to KJP: "You're underscoring the independence of the Justice Department, but…are you concerned about how it looks for [them] to be investigating…the former President, who may very well be the current President's rival in 2024." pic.twitter.com/Adl6ygdqY2

Valiant News previously reported that the federal magistrate in Florida who signed the warrant allowing allowing the FBI to raid the president’s home, Judge Bruce Reinhart, had once represented “employees” of convicted human trafficker Jeffrey Epstein. His Epstein-associated clients received immunity in the wide scale sex-trafficking investigation of the high-profile late pedophile.

Two of Reinhart’s clients, Epstein scheduler Sarah Kellen and “sex slave” Nadia Marcinkova, both received immunity as part of a 2007 deal with federal prosecutors, while he was still a sitting U.S. Attorney in South Florida’s office — which would later spark a civil lawsuit that alleged he “used inside information about the probe to build favor with” Epstein.

“We are a nation in decline. We are a failing nation,” Trump narrated as the video opened to black and white scenes and the sound of a violent storm.