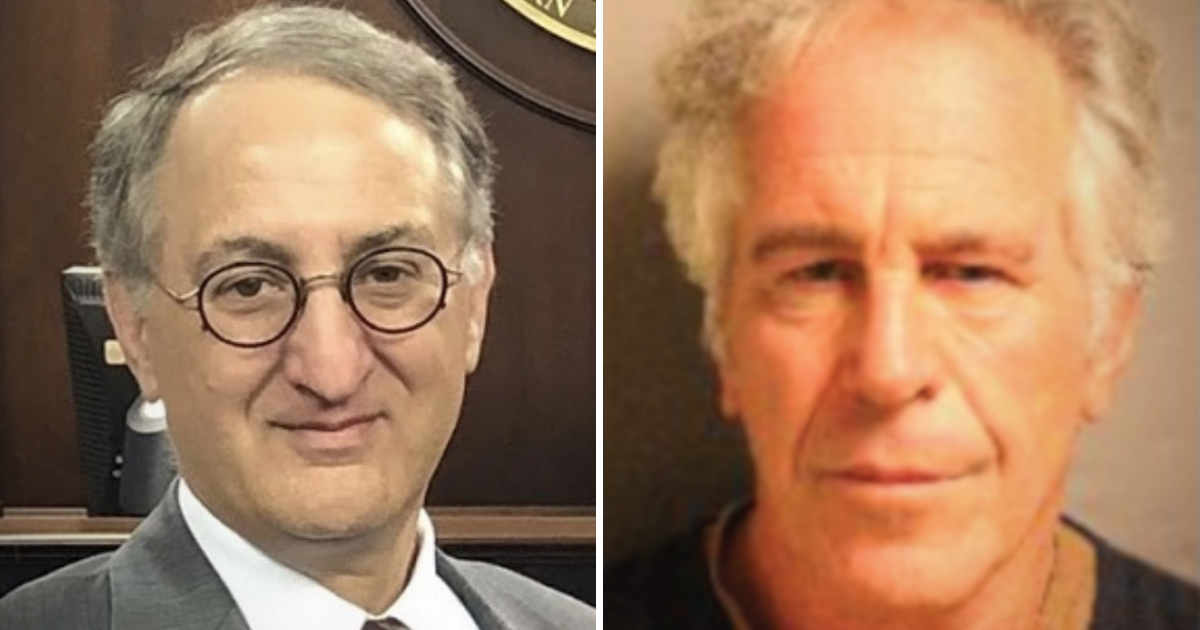 Prior to becoming a federal magistrate in Florida and signing a warrant allowing the FBI to raid the home of 45th President Donald Trump, Judge Bruce Reinhart had represented “employees” of convicted human trafficker Jeffrey Epstein. His Epstein-associated clients received immunity in the wide scale sex-trafficking investigation of the high-profile late pedophile.

Valiant News reported last night that a “large group of FBI agents” had raided Mar-A-Lago, the Florida resort and residence of Trump, executing a search warrant that some initially believed may have been signed by Attorney General Merrick Garland.

A new report by the New York Post exposes that the warrant was signed by Epstein-affiliate Judge Reinhart, revealing the judge who signed off on raiding Trump’s home worked for South Florida US Attorney’s Office until New Years day 2008, and left his government job to represent Epstein’s associates on the very next day.

After 10 more years of private practice, Reinhart became a magistrate judge in March 2018. In November of that year, the Miami Herald reported that Reinhart had represented several of the deceased pedophile’s employees.

These included Epstein’s personal pilots, his activity scheduler Sarah Kellen, and his self described “Yugoslavian sex slave” Nadia Marcinkova, according to Reinhart.

Reinhart’s clients, Kellen and Marcinkova, who were considered by law enforcement to be among Epstein’s lieutenants, both received immunity as part of a 2007 deal with federal prosecutors.

The deal gave Epstein the choice to plead guilty to state charges rather than federal crimes, and he ended up going to county jail for only 13 months and was given work release that allowed him to leave the jail during daytime hours, reported the Post.

Reinhart was later named in a civil lawsuit in which he was accused being in violation of Justice Department policies “by switching sides in the middle of the Epstein investigation, suggesting he had used inside information about the probe to build favor with the notorious defendant,” reported the Herald in 2018.

Reinhart denied any wrongdoing and insisted that didn’t he know of any inside information or was involved in Epstein’s federal case in a 2011 affidavit.

The Democrat judge that authorized the political FBI raid on Trump. pic.twitter.com/frLU7z7RI8

However, his former colleagues disputed his denials and claimed that he “learned confidential, non-public information about the Epstein matter” in a 2013 court filing.

In response, Reinhart told the Herald that a “complaint filed against him by a lawyer for Epstein’s victims had been dismissed by the Justice Department,” reported the Post.

Hours after the FBI raid on his home, President Trump posted an emotional, campaign-style video to his Truth Social account late last night.

Trump, who has long said he is “working and cooperating” with government agencies seeking documents stored at his residence, slammed the raid as being neither “necessary” nor “appropriate,” arguing it amounted to “prosecutorial misconduct, the weaponization of the Justice System, and an attack by Radical Left Democrats who desperately don’t want me to run for President in 2024.”