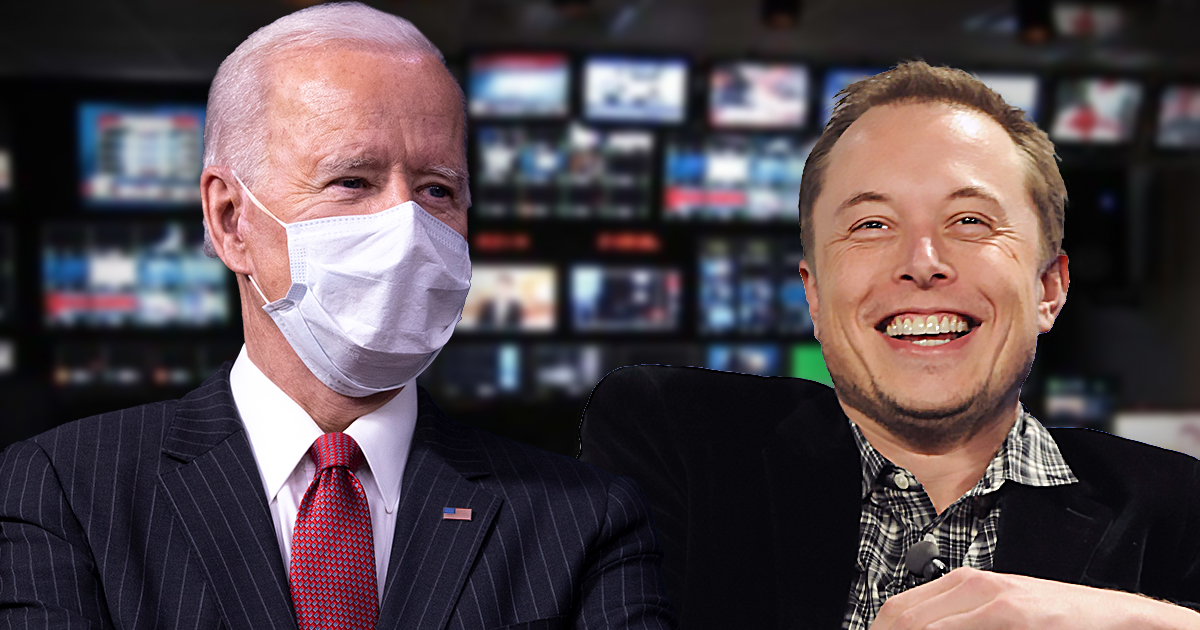 Biden read “repeat the line” off his teleprompter during a speech on Friday. The moment quickly went viral and provoked protective rage from corporate journalists.

“It is noteworthy has the number of women who have registered to vote and cast a ballot is consistently higher than the number of men who do so. End of quote,” Biden said. “Repeat the line. Women are not without electoral and or political, or – let me be precise, not ‘and or.’ Or political power.”

The moment was posted to social media and quickly went viral, accruing over 4 million views in a matter of hours.

Musk responded to the video by posting a meme of the film Anchorman, accompanied by the caption “Whoever controls the teleprompter is the real President!”

The reply quickly garnered over 24,000 likes.

Whoever controls the teleprompter is the real President! pic.twitter.com/1rcqmwLe9S

Several people, including an Assistant White House Press Secretary, tried to ‘debunk’ the video by claiming Biden actually said, “Let me repeat the line.” Biden never said “let me,” however.

The White House later released a transcript that incorrectly quoted Biden as saying, “Let me repeat the line.”

Musk has said he would vote for Florida Governor Ron DeSantis for President in 2024, with DeSantis welcoming “support from African-Americans.”

In June, Mayra Flores won the special election in Texas’s 34th Congressional District, becoming the first Latina Republican to serve Texas in Congress, and flipping a tightly held Democratic seat, beating her opponent by 51% to 43%.

Musk responded to the news on Twitter by revealing that he had actually voted for Flores, making it the first time he had ever voted for a GOP candidate. “Massive red wave in 2022,” Musk added. Speaking last month, Musk confirmed he would definitely vote for a Republican in “the next election,” reacting to the “very far-left” that he has repeatedly criticised.

Spread the love
In this article:Elon Musk, Featured, Joe Biden