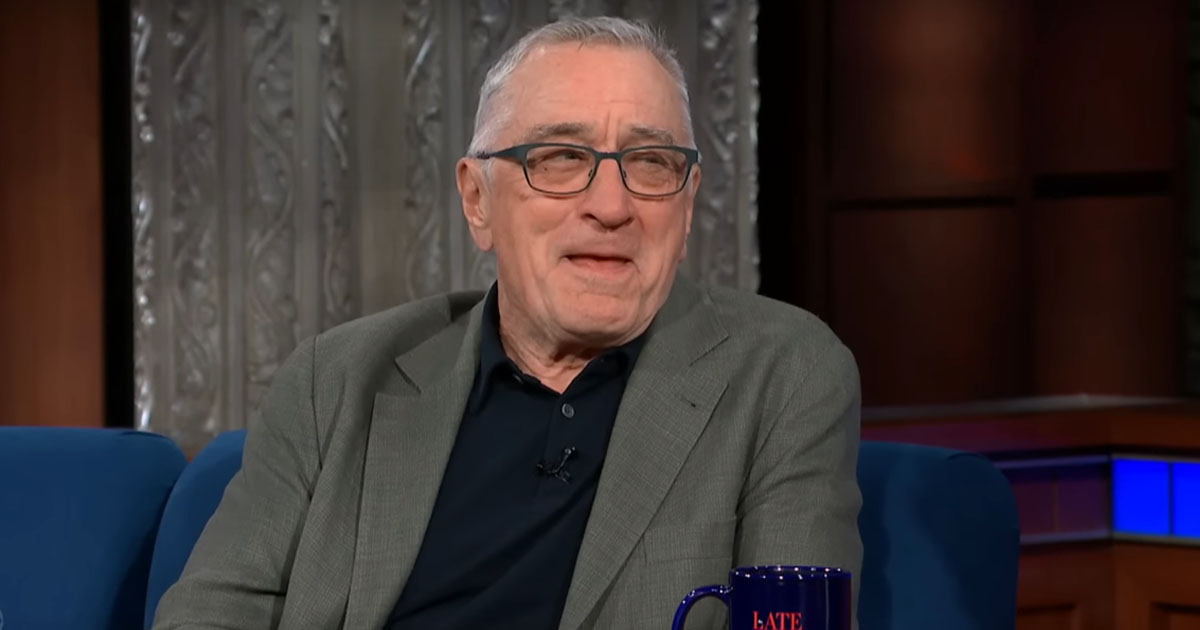 “I know that you have a fair amount of uh — you have emotions about politics. You have thoughts, of course, first. Those stir emotions. I know you have some anxiety about the state of politics in the United States,” Colbert said. “Having a new guy at 1600 Pennsylvania Avenue, has that – do you sleep any better at night?”

“He’s doing a very good job. It’s a tough one, I couldn’t imagine – I could imagine how difficult it is,” De Niro continued, praising the most unpopular president in modern history. “I have decisions in my own personal life that I’d imagine if [unintelligible] – what he goes through is a hundred times that.”

De Niro added, “He’s doing the best he can and we gotta get through a bad period.”

Robert De Niro: Biden “is doing a very good job. It’s a tough one … He’s doing the best he can, and we’ve got to get through a tough period, period.” pic.twitter.com/YilF38k0SX

Colbert, who receives an annual salary of $15 million per year, made headlines in March by suggesting high gas prices under Biden were inconsequential because he drives a luxury Tesla electric vehicle.

Related  Trump: America on ‘Brink of World War 3’ but I Could End Russia-Ukraine War ‘Within 24 Hours'

“Russia has been hit with a series of crippling sanctions, and it looks like there’s more to come,” Colbert stated on his “Late Night With Stephen Colbert” legacy media television show. “Because the U.S. and it’s allies are now discussing banning imports of Russian oil.”

“Take that, Putin!” Colbert opined. “We’re not not gonna buy from a war criminal, we’re gonna buy it from the good guys: Saudi Arabia.”

The comedian then continued, “But, it’s gonna. Since the invasion, oil prices have skyrocket. Today, the average gas price in America hit an all-time record high of over $4 per gallon. Okay, that stings, but a clean conscience is worth a buck or two.”