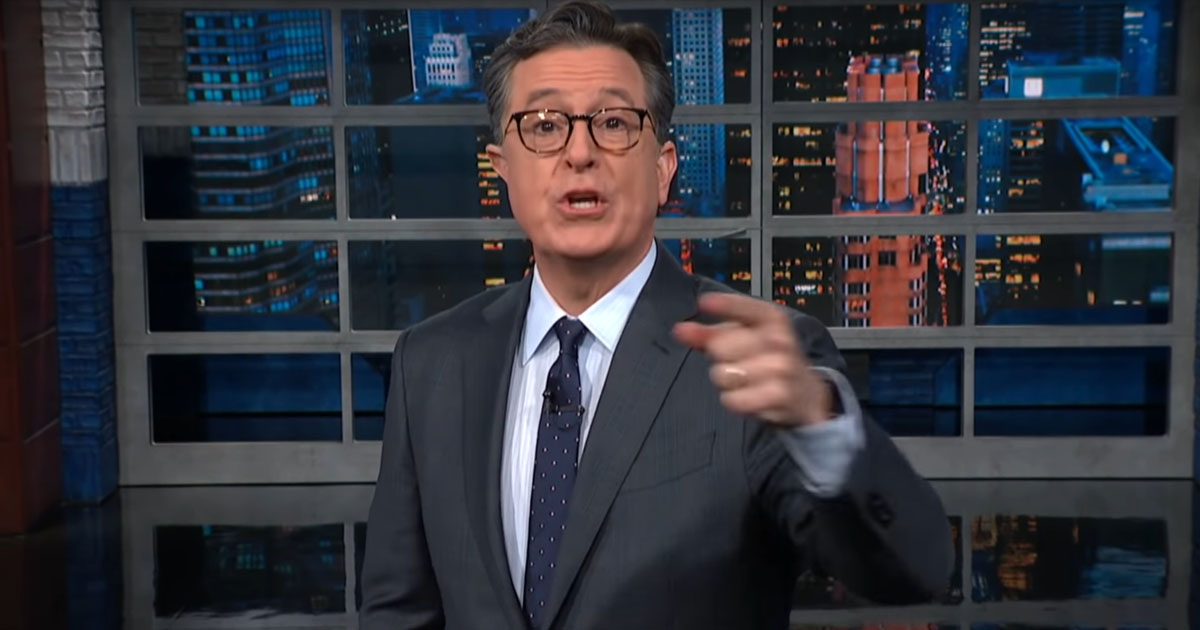 CBS television host Stephen Colbert told viewers this week that “a clean conscience is worth a buck or two” when it comes to footing the bill for skyrocketing gasoline prices across the U.S..

The writers for Colbert’s monologue then had him note that he actually drives a Tesla electric luxury car, and thus will remain unaffected by the price hikes he advocated for in the preceding sentence.

“Russia has been hit with a series of crippling sanctions, and it looks like there’s more to come,” Colbert stated on his “Late Night With Stephen Colbert” legacy media television show. “Because the U.S. and it’s allies are now discussing banning imports of Russian oil.”

“Take that, Putin!” Colbert opined. “We’re not not gonna buy from a war criminal, we’re gonna buy it from the good guys: Saudi Arabia.”

.@StephenAtHome: "Today, the average gas price in America hit an all-time record high of over $4/gallon. OK, that stings, but a clean conscience is worth a buck or two. It’s important. I’m willing to pay $4/gallon. Hell, I’ll pay $15 a gallon b/c I drive a Tesla" pic.twitter.com/my8Ukya5rQ

The comedian then continued, “But, it’s gonna. Since the invasion, oil prices have skyrocket. Today, the average gas price in America hit an all-time record high of over $4 per gallon. Okay, that stings, but a clean conscience is worth a buck or two.”

“It’s important. I’m willing to pay $4 per gallon,” Colbert declared, then noted, “Hell, I’ll pay $15 a gallon, ’cause I drive a Tesla.” The line received a polite smattering of applause.

Colbert’s net worth is roughly $75 million. He receives an annual salary of $15 million.

Gasoline prices have skyrocketed under the Democrat administration of President Joe Biden. The administration initially blamed inflation on a “transitory period,” but now has focused the blame for high gas prices on the ongoing conflict between Russia and Ukraine.

Most Americans cannot afford luxury electric vehicles like Stephen Colbert, and would suffer severe budgetary consequences from paying $15 per gallon.