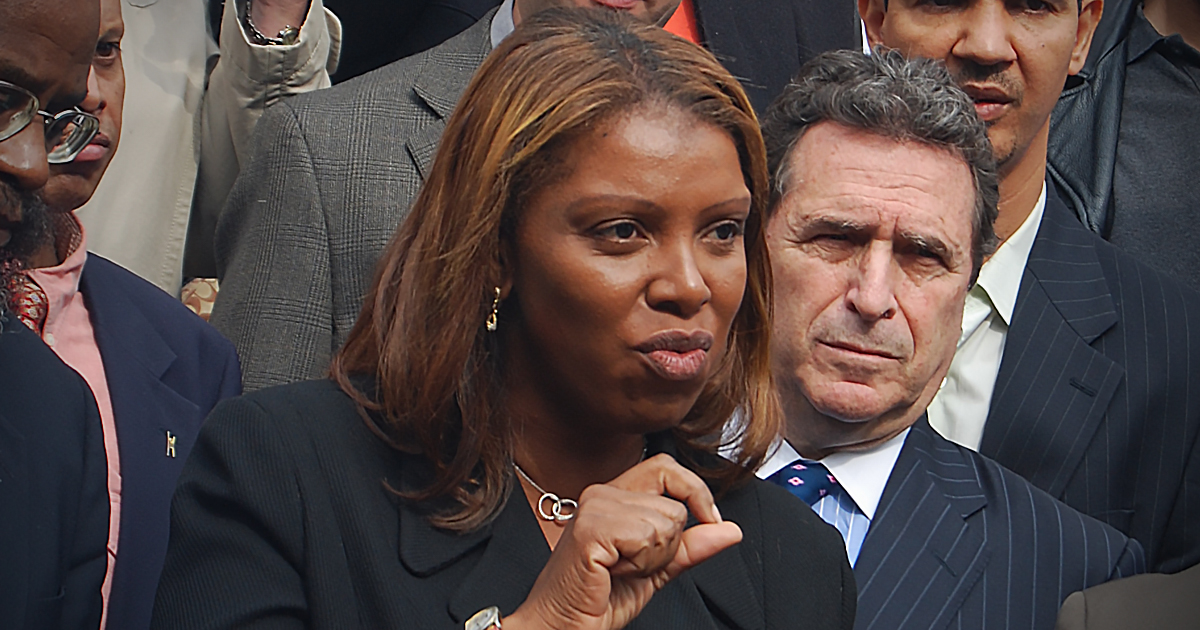 New York Attorney General Letitia James, most known nationally for her focus on civil litigation against 45th President Donald Trump, says that New York will buy hotel rooms and pay for daycare for any woman who travels to the Empire State to abortion an unborn child.

“We’ve established a fund in the state of New York to pay for individuals to seek abortions, for lodging, for daycare,” James stressed in her TV appearance. “This is a state that accepts the right of women to choose, that respects the autonomy of individuals over their own bodies.

While New York joins other left wing states in promising on-demand abortion access in the wake of the conservative-led majority’s 5-4 decision to overturn Roe v. Wade, the state does not honor bodily autonomy arguments in other cases.

For example, New York requires that anyone employed “in New York City who perform in-person work or interact with the public in the course of business must show proof that they have received a COVID-19 vaccine.”

Further, the state requires most businesses and restaurants to determine the vaccination status of individuals before allowing them to enter.

Earlier this month a crisis pregnancy center that does not offer abortion was fire bombed in New York in an apparent pro-abortion attack, and the owners questioned James’ commitment to the rule of law.

“This is the pro-abortion ‘Kristallnacht,'” said CompassCare CEO Jim Harden, comparing the attack to the anti-Semitic pogrom in 1930s Germany that was allowed to take place by genocidal dictator Adolf Hitler.

“Because of this act of violence, the needs of women facing unplanned pregnancy will go unmet and babies will die.”