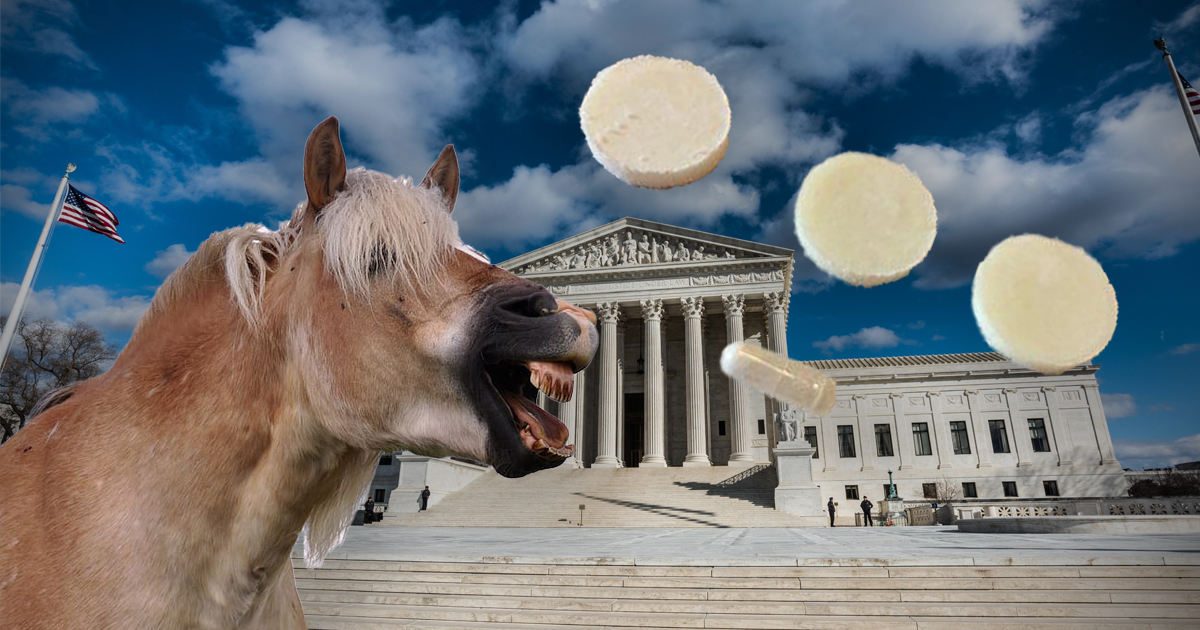 Vice has shared instructions from a radical anarchist group on how to use horse ulcer medication to make DIY abortion pills.

On Monday night, Politico published a leak of a draft opinion from Justice Samuel Alito. The draft opinion, which was allegedly supported by five justices and was later confirmed as legitimate, would lead to the overturning of Roe v. Wade, the landmark 1973 decision that legalised abortion nationwide.

In response, Motherboard, the technology section of Vice, posted an article entitled “Anarchist Collective Shares Instructions to Make DIY Abortion Pills” on Tuesday, given that the “constitutional right to abortion” was under threat.

The Vice article included a link to a video on creating abortion pills from the radical anarchist group, Four Thieves Vinegar Collective, who specialise in the advocacy of DIY medication. The video, posted September last year, instructed future mothers on how to use misoprostol, most commonly used as a medication to treat ulcers in horses, to make pills that would induce an abortion.

Misoprostol is relatively easy to acquire from veterinary sources, since in addition to medically inducing abortions, it's also used to treat ulcers in horses. https://t.co/nglKSGjXA0

Michael Laufer, who runs the “collective,” repeatedly shared the video online, which Valiant News is choosing not to link to. Misoprostol, the horse ulcer medication, is a controlled substance, but Laufer recommended that if people have a “vet friend, they can probably just give you pills.”

For those without access to vets, he encouraged people to get the misoprostol from websites designed to sell horse meidcation “in the grey area of legality,” calling it a “really great solution” to the problem.

Laufer even said that it was “doable and usable” to get the misoprostol from a “shady chemical supplier,” which might not even send the correct “medication,” but he assured viewers that it was “exceedingly rare” that you would not be sent the right stuff.

Yesterday at @pleasetryathome people made their own abortion pills. It was beautiful to see. pic.twitter.com/Ikbzb7QToa

While Vice included a small disclaimer that they could not “speak to the safety of making your own” abortion pills, they argue that the video will “likely help at least some people seeking abortions”:

“If Roe is overturned, we are going to see more people seeking DIY abortion methods, which will include making their own abortion pills. Laufer says they hope that people who make the abortion pill are doing so proactively and as a precaution, and not under emergency circumstances.

The fact that he had to make the video at all speaks to the horrifying nature of the world we’re finding ourselves in, and the potential lengths women might need to go to to have an abortion in a world without the protections of Roe v. Wade.”

After the article was published, Vice unsurprisingly received criticism online for promoting a controlled substance that is used to treat ulcers in horses, after having repeatedly criticised people for daring to use ivermectin to treat COVID-19, which was unfairly described as “horse paste,” despite being a common anti-malarial drug.

NEW: Joe Rogan has come down with COVID-19.

He said he’s treating the illness with, among other things, ivermectin, the unproven treatment beloved by anti-vaccine activists and right-wing politicians. https://t.co/HWQt0ijvyh

Wtf are you all smoking?

The criticism was so great that Motherboard later appended their original tweet with a further thread that attacked ivermectin use, even though they had already mentioned the ivermectin comparison in the first article.

“You may be reminded of ivermectin, which is used to control parasites in horses,” Motherboard tweeted. “It became a favored—but ineffective—COVID treatment among conspiracy theorists. The main difference here is that misoprostol does something, other than giving you the shits.”

The article comes one day after CNBC reported that Vice Media has hired bankers to put the company, which is “saddled with outstanding debt,” up for sale, after it failed to go public. Vice Media is also looking into selling off all of their various assets for parts if nobody wants to buy the company whole.