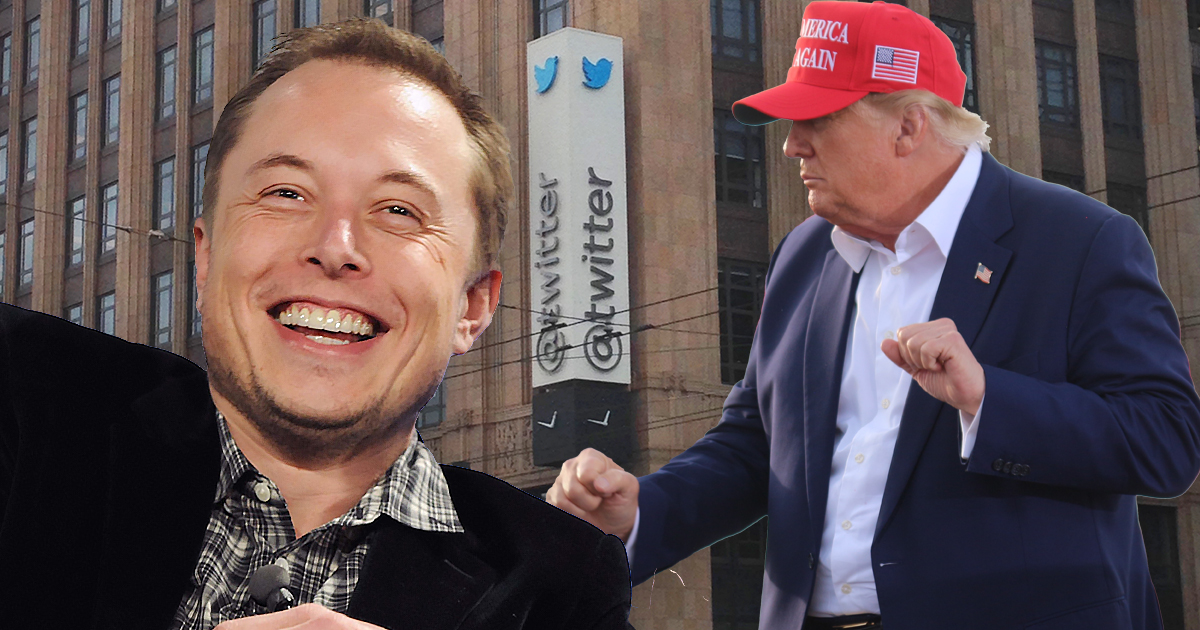 Elon Musk has promised to reverse 45th President Donald Trump’s permanent Twitter ban, saying that the decision to remove him last year was “not correct.”

Tesla and Space X CEO Elon Musk, who announced his purchase of the Big Tech platform last month, made the comments when speaking to the Financial Times as part of their “Future of the Car” conference.

The South African billionaire argued that it was “not correct” to permanently remove President Trump from Twitter.

“I think that was a mistake, because it alienated a large part of the country and did not ultimately result in Donald Trump not having a voice,” Musk added, decrying Trump’s initial Twitter ban, which he said that he would “reverse” when he took control of the company.

BREAKING: @ElonMusk says he would reverse Trump's suspension from Twitter and called the ban "morally wrong" and "flat out stupid." pic.twitter.com/ahRTaO5caV

Despite the fact that Musk would welcome the 45th President back onto Twitter, Trump has said multiple times previously that he would not return, and would instead stay on his own platform, Truth Social.

If a significant proportion of supporters of President Trump and the overall American right move over to Truth Social, Musk cautioned that a more fragmented social media space “could end up being frankly worse than having a single forum where everyone can debate.”

The Tesla founder attacked the principle of permanent bans on the platform altogether, arguing that they should be “extremely rare and really reserved for accounts that are bots, or spam, scam accounts, where there is no legitimacy to the account at all.”

Related  Nikki Haley Hints She'll Challenge Trump in 2024: 'I Think I Can Be That Leader'

He revealed that Twitter founder and former CEO Jack Dorsey shared this belief, adding that both men thought that permabans “just fundamentally undermine trust in Twitter as [a place] where everyone can voice their opinion.”

However, he cautioned that he doesn’t own Twitter just yet. “So this is not like a thing that will definitely happen, because what if I don’t own Twitter?” he posited. There is currently no suggestion that the sale of Twitter to Musk will not go through.

The comments from Musk come after a California judge last week dismissed the lawsuit brought by President Trump and others against Twitter, which had violated the Big Tech site violated his First Amendment rights, along with arguing that Section 230 of the Communications Decency Act, which grants protections to online platforms, is unconstitutional.