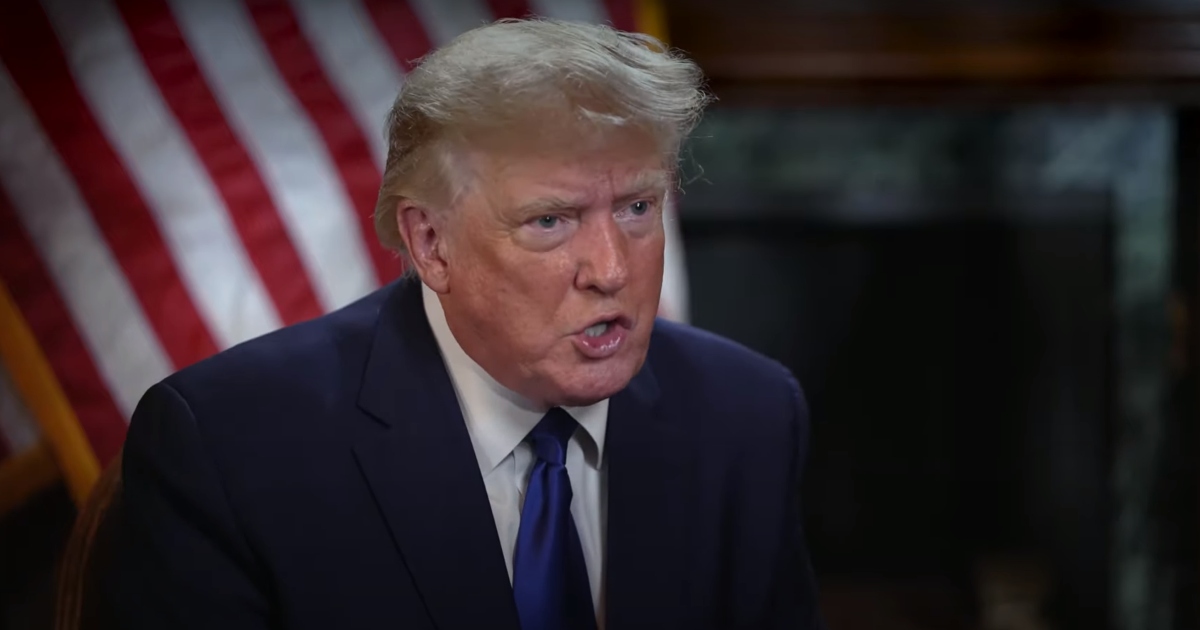 45th President Donald Trump slammed Biden’s Disinformation Governance Board and joked that his own “Ministry of Truth,” Truth Social, is much better.

Last week, the Biden administration announced the creation of the new Disinformation Governance Board, headed up by Nina Jankowicz, a radical left-wing activist.

In a new interview with CBN, President Trump slammed the Board, which has been labelled as the Biden administration’s Ministry of Truth, and Jankowicz, who he said was a “political operative” who would be the “last choice” of anyone sensible.

Valiant News reported that Jankowicz, 33, has an intensely partisan past as an anti-Trump, left-wing feminist who founded a Harry Potter “Moaning Myrtle Wizard Rock” band and advocates for the censorship of her ideology’s political opponents, which has raised concern in many circles.

In a video posted to Twitter, Jankowicz further stated her belief that the existence of a “secret cabal” in Washington, D.C. is untrue, adding that there is no shadowy group of people in our nation’s capital working against the interests of the American people.

Jankowicz said “the deep state and things like that” are part of a “thread among conspiracy communities in the United States,” adding that the notion of the existence of a “secret cabal here in Washington working to undermine the American people” couldn’t be “farther from the truth.”

Trump noted that his Ministry of Truth, Truth Social, was a much better alternative to the one controlled by the White House, arguing that it is currently “doing very well” in app downloads.

“There’s a strong Christian influence there,” Trump said. “You know what it is? Me!”

The 45th President added that while he admired Elon Musk, the new owner of Twitter, he would not be returning to the platform, saying that Truth Social would “move beyond” Twitter.

You can watch the full interview on CBN below.