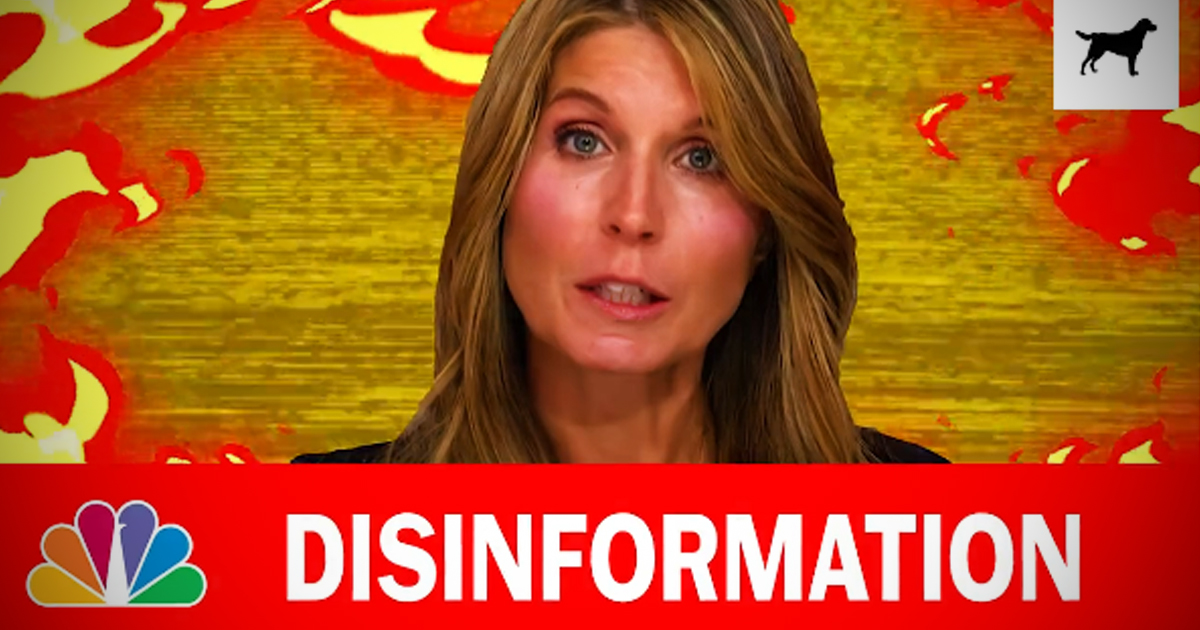 MSNBC host Nicolle Wallace has been accused of being the “Typhoid Mary of Disinformation” in a new trailer that depicts many of now-disproven claims she made on national television.

The trailer, created by Matt Orfalea for a mini-documentary by Glenn Greenwald, features Wallace making wild allegations that range from claims 45th President Donald Trump wanted to “exterminate Latinos,” to the false claim that Capitol Police officer Brian Sicknick was “beat to death” by election integrity protesters on January 6.

“From her days as a professional liar for the Bush/Cheney WH and campaign, now as a beloved-by-liberals MSNBC host, @NicolleDWallace has for two decades been the Typhoid Mary of Disinformation,” wrote Greenwald in a tweet posted on Wednesday.

“Nobody spreads it more. Our mini documentary will be up today,” Greenwald said.

From her days as a professional liar for the Bush/Cheney WH and campaign, now as a beloved-by-liberals MSNBC host, @NicolleDWallace has for two decades been the Typhoid Mary of Disinformation. Nobody spreads it more.

Our mini-documentary will be up today. The trailer, by @0rf: pic.twitter.com/gtj0wBeSHu

The trailer also touches on Wallaces coverage of “Havana Syndrome,” a situation which involved U.S. diplomats in Cuba reporting hearing a loud sound, feeling pressure in their heads, experiencing dizziness — which U.S. intelligence officials suggested was a secret “sonic attack” by Russia against American officials with an unknown microwave weapon.

Wallace called the developments “acts of aggression” and “acts of war” that involved Russia “beaming something” to “hurt people’s brains,” only for it to later be revealed that the sounds heard by U.S. diplomats were actually coming from lovelorn crickets, and that little evidence supported claims of the existence of the secret Russian brain weapon.

Wallace had also previously dismissed evidence that COVID-19 came from the Wuhan Institute of Virology, referring to it as a “conspiracy theory” when President Trump sought to investigate the origins of the virus.

In the trailer, the MSNBC host called the infamous Hunter Biden laptop saga “a Russian disinformation operation,” only for the New York Times to later confirm the laptop’s authenticity.

The trailer for Greenwald’s documentary comes amid news that the Department of Homeland Security (DHS) is putting a pause on their Disinformation Governance Board, along with the controversial prospective chair of the board, Nina Jankowicz, who wrote up her resignation.

“It is deeply disappointing that mischaracterizations of the board became a distraction from the Department’s vital work, and indeed, along with recent events globally and nationally, embodies why it is necessary,” she wrote.