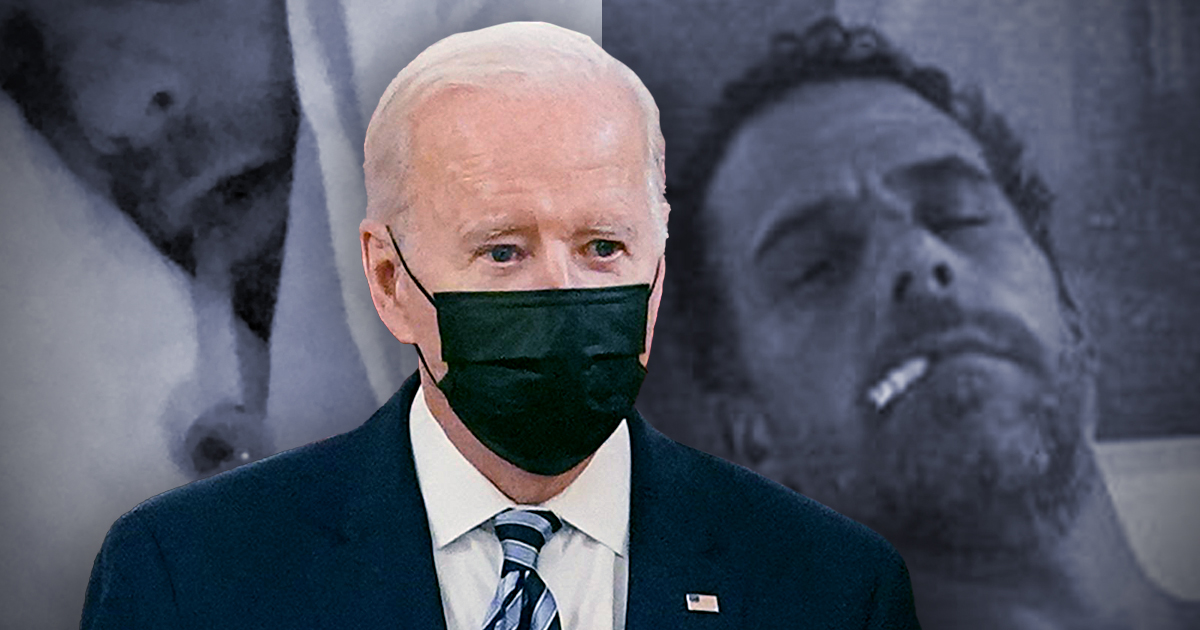 Yesterday Joe Biden went on what appeared to be an unprovoked tirade against people being “blackmailed” after taking naked pictures in “compromising” positions.

Many conservative pundits were quick to recall pictures of the president’s son, Hunter, who had abandoned his laptop at a Delaware computer shop that famously contained emails, photos, and text messages revealing what could be viewed as criminal, lewd, and erratic behavior.

Some of photos depicted Hunter completely nude, engaged in fornication, or appearing to use drugs.

“I bet everybody knows somebody,” said Biden, “That in an intimate relationship, what happened was the guy takes a revealing picture of his naked friend, or whatever, in a compromising position and then blackmails.”

BIDEN: "I bet everybody knows somebody…that in an intimate relationship, what happened was the guy takes a revealing picture of his naked friend, or whatever, in a compromising position and then blackmails.”
pic.twitter.com/Jw7L1u58KF

Today, the New York Times has officially confirmed that the laptop belonging to the President’s son, Hunter Biden, is authentic.

“People familiar with the investigation said prosecutors had examined emails between Mr. Biden, Mr. Archer and others about Burisma and other foreign business activity,” the Times reported. “Those emails were obtained by The New York Times from a cache of files that appears to have come from a laptop abandoned by Mr. Biden in a Delaware repair shop. The email and others in the cache were authenticated by people familiar with them and with the investigation.”

Hunter Biden’s laptop, perhaps coincidentally, contained a massive amount of what appears to be illicit, nude, and homemade sexual content that could fit the exact description his father gave just yesterday.

Among the “compromising” sexual content found on the infamous laptop included evidence that Hunter Biden had been smoking crack cocaine and spending thousands of dollars on prostitutes.

After once advancing the fake news theory that Hunter Biden’s laptop was merely “Russian disinformation,” White House Press Secretary Jen Psaki has refused to comment on the developments concerning the authenticity of the scandalous laptop.

Rather than admit that she falsely claimed the laptop to be inauthentic, Psaki dodged the question and referred the White House press corp to the U.S. Department of Justice and Hunter Biden’s “representatives.”

“You also in October 2020 dismissed it [Hunter Biden’s laptop] as ‘Russian disinformation.’ Do you stand by that?” a reporter asked Biden’s Press Secretary this afternoon.

The controversy of Hunter Biden’s laptop reached it’s peak during the 2020 Presidential Election.

During the contested political contest, 45th President Donald Trump frequently pointed to the laptop as evidence that the Biden family was corrupt.

TRUMP: "What can't be verified?"

STAHL: "Because it can't be verified."
pic.twitter.com/siPKRELmPV

When the New York Post published a story regarding the laptop during that time, major Big Tech companies like Twitter began censoring the story, presumably so that Americans were unable to access information that could potentially cause Biden to lose support during his Presidential run.

Since then, former Twitter CEO Jack Dorsey has admitted fault for censoring the New York Post story ahead of the election, referring to the situation as a “total mistake.”