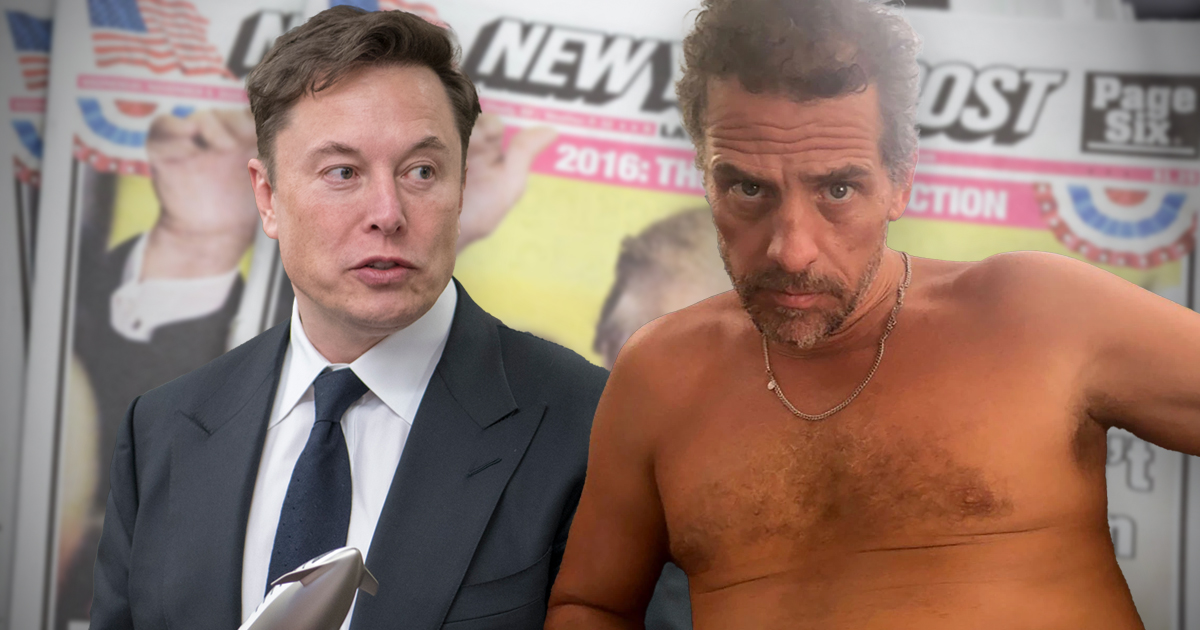 Billionaire and Tesla CEO Elon Musk stated yesterday that Twitter’s censorship of the New York Post – over the news organization’s publishing of what he called the “truthful” Hunter Biden laptop story – was “obviously incredibly inappropriate.”

“Vijaya Gadde, the top censorship advocate at Twitter who famously gaslit the world on Joe Rogan’s podcast and censored the Hunter Biden laptop story, is very upset about the @elonmusk takeover,” tweeted podcast host Saagar Enjeti, who included a screenshot of a news headline reporting on Gadde’s crying.

The New York Post bills itself as America’s oldest newspaper. It was founded in 1801 by Alexander Hamilton, one of the Founding Fathers and the United States’ first Secretary of the Treasury.

Some have said that Twitter’s censorship of the story, along with false claims that the materials in the New York Post bombshell were “Russian disinformation,” may have had an impact on the results of the 2020 election in Joe Biden’s favor.

Major news organizations have since confirmed that Hunter Biden’s laptop is in fact, authentic, leading to further criticism of Twitter for censoring the story ahead of the 2020 election.

The Washington Post had also reported that Joe Biden’s son used his father’s name and perceived power to benefit financially while doing business in Ukraine, China, and elsewhere.