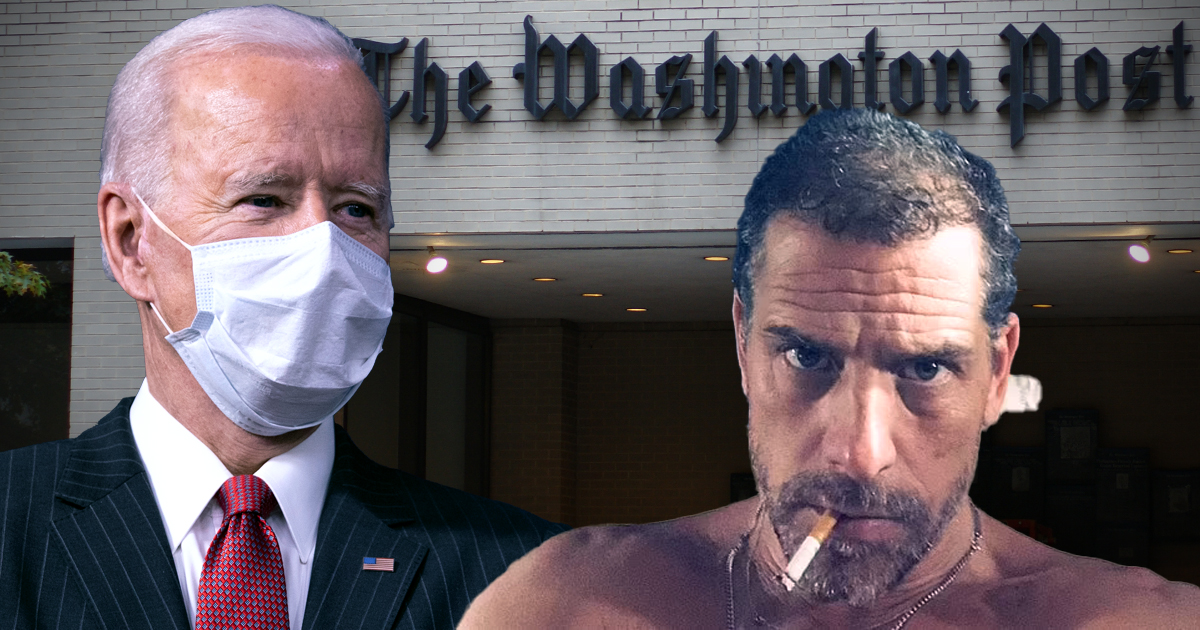 Today the Washington Post admitted something that was revealed in Hunter Biden’s emails nearly two years ago: Joe Biden’s son used his father’s name and perceived power to benefit financially while doing business in Ukraine, China, and elsewhere.

Now that the New York Times has acknowledged Hunter Biden’s laptop and its contents are real, it appears The Washington Post wants its turn to bat.

In an apparent attempt to hit a home run, the Post says that it’s obvious Hunter Biden profited financially via business arrangements he was able to concoct thanks to his father’s decades in government.

Washington Post does, however, cite new documents in its revelation:

But the new documents — which include a signed copy of a $1 million legal retainer, emails related to the wire transfers, and $3.8 million in consulting fees that are confirmed in new bank records and agreements signed by Hunter Biden — illustrate the ways in which his family profited from relationships built over Joe Biden’s decades in public service.

The paper reports that it is not clear if Joe Biden benefited from Hunter’s business, but reports that “Over the course of 14 months, the Chinese energy conglomerate and its executives paid $4.8 million to entities controlled by Hunter Biden and his uncle, according to government records, court documents and newly disclosed bank statements,” and of course the laptop.

Hunter Biden apparently also used the business to pay for an office that he used to entertain the mother of his latest child, whose paternity he denied until a court mandated DNA test confirmed the child to be his.

Washington Post notes that this deal with CEFC began to fall through after Patrick Ho, who was involved in the business deal, was arrested in the United States and accused of corruption in Africa – prosecutors said he bribed leaders in Uganda and Chad – and offering to help Iran skirt United States sanctions. Ho’s first call was to Hunter Biden’s uncle, Jim Biden.

Hunter Biden, who has a law degree from Yale, was hired to provide legal analysis for CEFC.

By March 2018, the deal had totally collapsed, with Hunter’s Chinese business partners questioning expenses, Hunter threatening to sue, and the company finally dissolving.

At one point, a soon-to-be unemployed assistant told Hunter to take what money he could and leave:

JiaQi Bao, an assistant with whom Hunter Biden had worked closely on CEFC business, wrote in a March 26, 2018, email that the company was being dissolved and she would lose her job — but that Hunter Biden should “take whatever money you can take, as long as the money is available to claim.” … “Take as much as possible, or figure out a way to spend them for your own benefit,” she wrote.

Later that year, Hunter Biden was accused by Hallie Biden – his former sister-in-law who became his lover after the death of his brother Beau Biden – of behaving sexually inappropriately with a close minor relative.

Valiant News has compiled a timeline of the tense family interactions that followed, including several texts exchanged between Jim Biden and Ashley Biden, who as a trained social worker may have been legally required to report the allegations.

The Washington Post could have likely verified and reported all of this prior to the 2020 election had there not been an orchestrated effort to eradicate the laptop from public discourse in the days immediately preceding the election.

Attempts to stop Americans from learning about the laptop became so severe that 51 former intelligence agency officials, including top officials from the Obama and Bush administrations, labeled the laptop “Russian disinformation” in a letter. Yesterday Rep. Matt Gaetz introduced a resolution to permanently strip security clearances from those officials in response.

Now that the laptop has been confirmed to be authentic by the New York Times, and Democrats are no longer able to deny or dismiss its existence, it appears that legacy media outlets are finally allowing themselves to engage in the act of journalism.