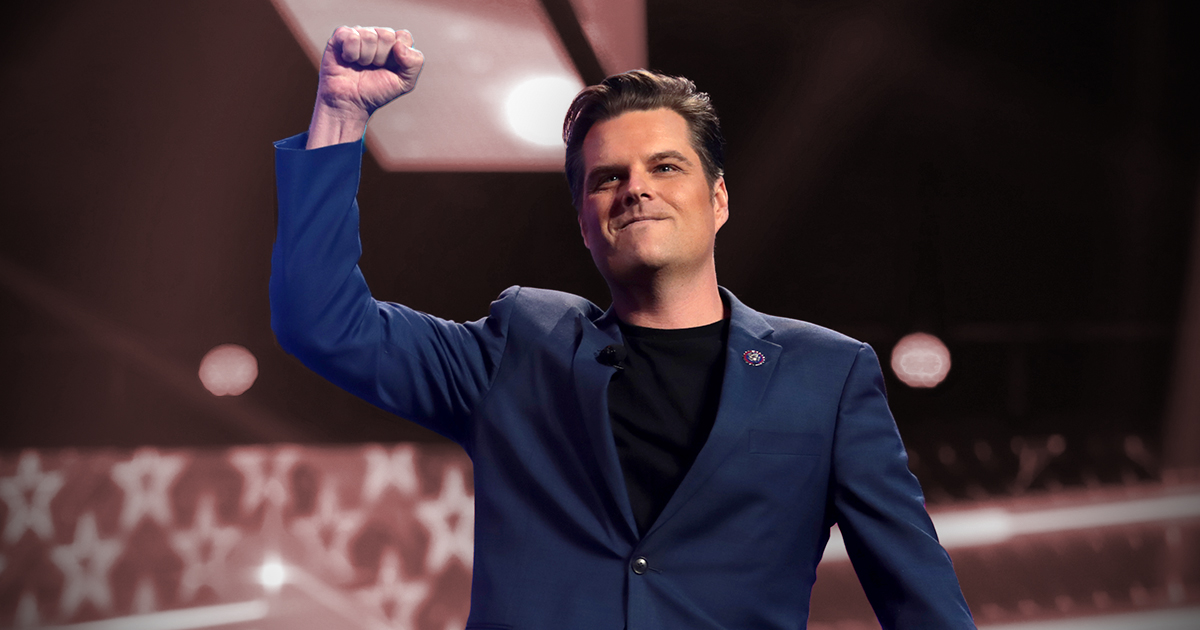 This morning Rep. Matt Gaetz announced his “Spook Who Cried Wolf Resolution” aimed at stripping the security clearances from the 51 intelligence officials who falsely claimed that the Hunter Biden laptop – which has now been verified by the New York Times – was Russian propaganda, and not the drug addled ramblings of Joe Biden’s son.

“Today I will be introducing the ‘Spook Who Cried Wolf Resolution’ to indefinitely bar security clearances for the 51 intelligence officials who publicly lied,” wrote Gaetz on Twitter, “and labeled the real contents of Hunter Biden’s laptop as Russian disinformation.”

BREAKING: Today I will be introducing the “Spook Who Cried Wolf Resolution” to indefinitely bar security clearances for 51 intelligence officials who publicly lied and labeled the real contents of Hunter Biden’s laptop as Russian disinformation.

In the press release on his website, Gaetz explains that “51 former intelligence officials” signed a letter in October of 2020 that falsely claimed Hunter Biden’s emails were “a part of a ‘Russian information operation.'”

Scores of journalists, both independent and working for the New York Post, repeatedly confirmed the information in the laptop was authentic in 2020.

Gaetz is scheduled to introduce the resolution before the House of Representatives today.

While the resolution is ultimately likely to fail in House Speaker Nancy Pelosi’s Congress, it may be viewed as an example of what Republicans will have in store for the Biden administration and its supporters in the intelligence community should they retake the U.S. House this November.