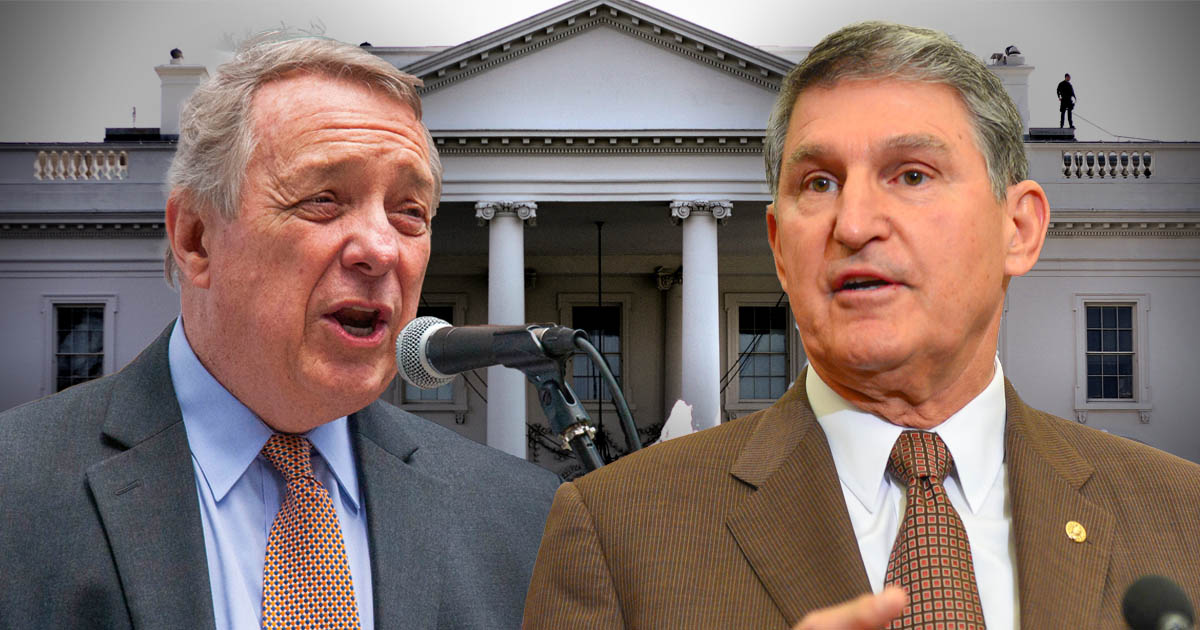 Top Senate Democrats, including Majority Whip Dick Durbin and Joe Manchin, have slammed Biden over his mishandling of classified documents.

Since the news broke that multiple stashes of classified documents from his time as Vice President and the Senate were found in his Delaware home, Biden has remained unapologetic, telling reporters that he has “no regrets.”

Speaking to CNN’s Dana Bash on Sunday, Durbin, the second highest ranking Democrat member of the Senate, said that it was simply “unacceptable” to think that classified documents could have “ended up in boxes or storage.”

Last year, Durbin claimed it was a “literal outrage” for 45th President Donald Trump to have taken “classified” information and stored it in his Mar-a-Lago home. While Durbin claimed that what “followed” from the discovery of the documents at Mar-a-Lago and Biden’s residence was “different” because of how each man acted, “at it’s heart, the issue is the same.”

The senior Senator from Illinois agreed that Biden has now “lost the high ground” on the issue of classified documents.

“Let’s be honest about it. When that information is found, it diminishes the stature of any person who is in possession of it, because it’s not supposed to happen. Whether it was the fault of a staffer or attorney, it makes no difference,” Durbin concluded. “The elected official bears ultimate responsibility.”

Later that same program, West Virginia Democrat Joe Manchin also told Bash that it was “unbelieveable” how GarageGate could have happened, slamming it as “totally irresponsible.”

While Durbin confidently declared that what happened with Trump was far worse than the recent scandal, because the 45th President had refused to cooperate with law enforcement, Manchin wasn’t so quick to rush to judgement.

“Let’s wait and see. Some people are taking sides. ‘OK, it was more egregious than what President Trump did or what President Biden did.’ And maybe that’s true. I don’t know. Maybe it’s not true. Let’s find out,” Manchin said.

“I’m willing to find out from the people that are looking at it, finding all these different documents and looking at the classifications and if it’s harmful, could have been harmful or was it harmful, and make determinations,” he added.

"It's totally irresponsible" — Manchin becomes the second Dem senator to flog Biden for his handling of classified documents on CNN's State of the Union pic.twitter.com/kqf6XryMpZ