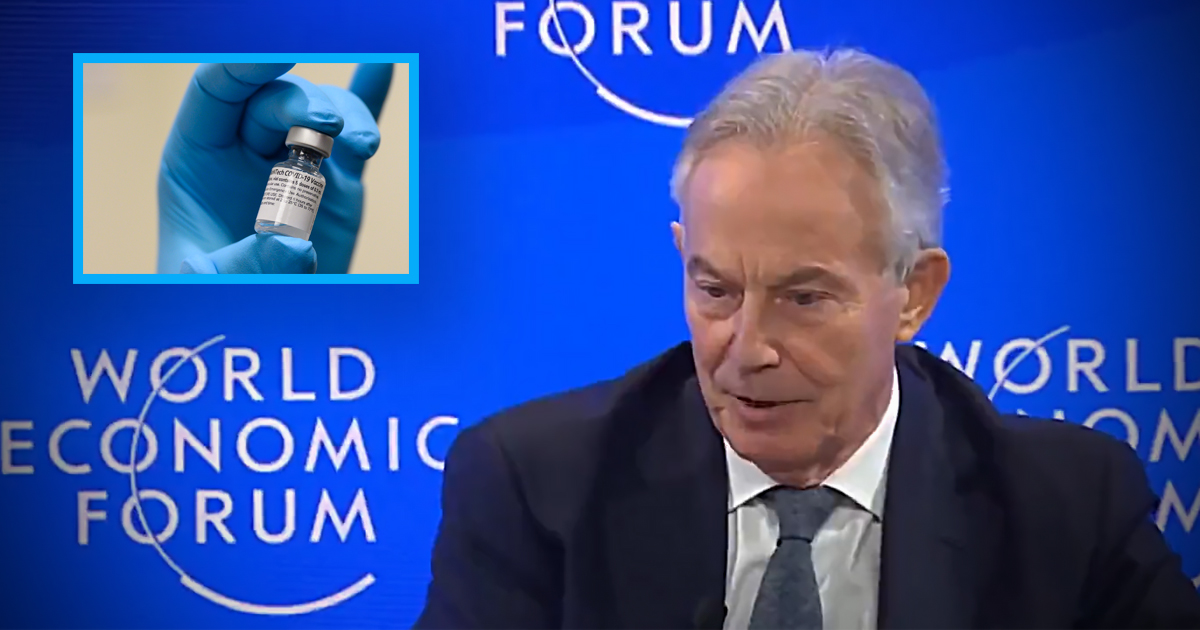 Speaking to the audience at Davos, Blair declared that governments “need to know” who has taken a vaccine and who hasn’t. The former Prime Minister, who led the UK from 1997 to 2007, noted that complications in figuring out who’s been vaccinated may arise due to the fact that “some of the vaccines that will come on down the line will be multiple, multiple shots.”

DAVOS WATCH: Former UK Prime Minister Tony Blair calls for a digital database to monitor who is vaccinated and who is not for a future “pandemic” #wef23 pic.twitter.com/nDYmI5cPLA

A digital database of vaccine recipients such as Blair mentioned could be used to further restrict global travel, among other liberties. Earlier this month, the Biden administration quietly extended the COVID-19 vaccine mandate for entry to the United States for non-citizens until April, making the USA one of the last countries to still restrict entry to the non-vaccinated.

Other panelists at the annual WEF event in Davos predicted that the world is set to face a “catastrophic cyber event” within the next two years. Current “Special Presidential Envoy for Climate” John Kerry also praised attendees as being a “select group of humans” who can create policy to “save the planet.”

Elon Musk, the African-American billionaire and CEO of Twitter, slammed the World Economic Forum this week as resembling an “unelected world government that the people never asked for and don’t want.” Musk previously thought the elites meeting at Davos were simply a “well-meaning” group of people.