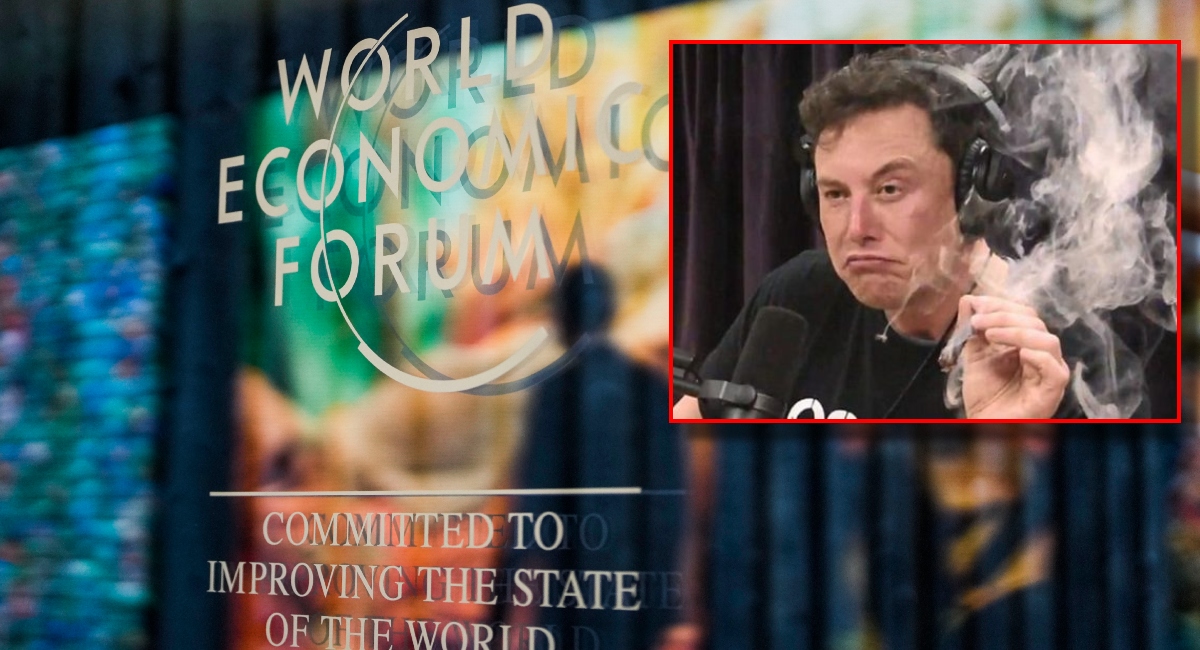 African American billionaire and Twitter CEO this week slammed the World Economic Forum as an “unelected world government” that nobody wants or even asked for.

Musk, who previously downplayed the WEF as a “well-meaning” group of elites who support various controversial subjects including the reduction of the human population, changed his tune this week and suggested that the organization resembles an “unelected world government.”

“WEF is increasingly becoming an unelected world government that the people never asked for and don’t want,” Musk tweeted on Wednesday.

Musk previously suggested that the WEF is not engaged in “some illuminati plot to destroy humanity,” through their green energy and population control objectives, instead branding them a “well-meaning environmental sustainability movement that has gone too far,” Valiant News reported.

The Twitter CEO is notably absent from the organizations 2023 summit in Davos, and claimed he chose not to attend because it seemed boring.

“My reason for declining the Davos invitation was not because I thought they were engaged in diabolical scheming, but because it sounded boring af lol,” he wrote in December.

My reason for declining the Davos invitation was not because I thought they were engaged in diabolical scheming, but because it sounded boring af lol

Upon the elites meeting in Davos this week, Musk slammed the organization’s founder Klaus Schwab for urging the wealthy attendees to “master the future.”

“‘Master the Future’ doesn’t sound ominous at all…,” Musk wrote. “How is WEF/Davos even a thing? Are they trying to be the boss of Earth!?”

The concept of the existence of an unelected “world government” was first popularized by Infowars host and journalist Alex Jones in 2007 with the documentary film “Endgame,” which surmises that such a governmental system is on the horizon, along with the eradication of most of the human race — coining the term “New World Order” based on a remarks made by former U.S. President George H.W. Bush and numerous U.S. politicians ever since.

Critics of Jones say he is a “conspiracy theorist” and insist that members of the global elite do not want to secretly exterminate humans or establish a totalitarian one-world government.