In a recent discussion between Joe Rogan and comedians Matt McCusker and Shane Gillis, the three discussed the possibility of Joe Biden’s own team attempting to prevent his 2024 campaign.

The discussion was sparked by McCusker’s remark on the Biden documents scandal: “It’s crazy. He’s getting jammed up on like manila folders when he was like kissing 12-year-old girls on camera.”

Gillis, McCusker’s cohost for “Matt and Shane’s Secret Podcast”, clarified that McCusker was referring to “Joe Biden” with his remark.

Watch the full exchange on Spreely.video:

“If all of a sudden they’re — his own aides are sending these — instead of like taking these classified documents, which you have located and go, ‘Well, let’s not do that again’ and fucking locking them up somewhere,” Rogan continued. “His own aides”.

The remarks on Rogan’s January 14 episode have led many people to speculate about whether or not the 80-year-old will actually seek a second term in 2024, or if such a campaign would be likely to face opposition from members of his own camp.

Joe Rogan predicts Biden’s handlers are “trying to get rid of him” before 2024 pic.twitter.com/jbvmLvclOM

At the same time, left leaning members of the party including Rep. Alexandria Ocasio-Cortez have expressed interest in the possibility of another candidate. As recently as June of last year, Ocasio-Cortez broke out in laughter when a CNN host asked her whether she would commit to supporting Biden in 2024.

However, there is still no concrete evidence that President Biden’s own team is working against his hopes for a 2024 campaign thus far, but with reports that members of his staff are reporting instances of mismanagement or mishandling classified documents, the possibility remains that Biden’s own camp could be trying to urge the elderly president into retirement. 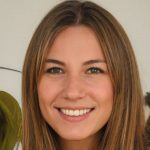