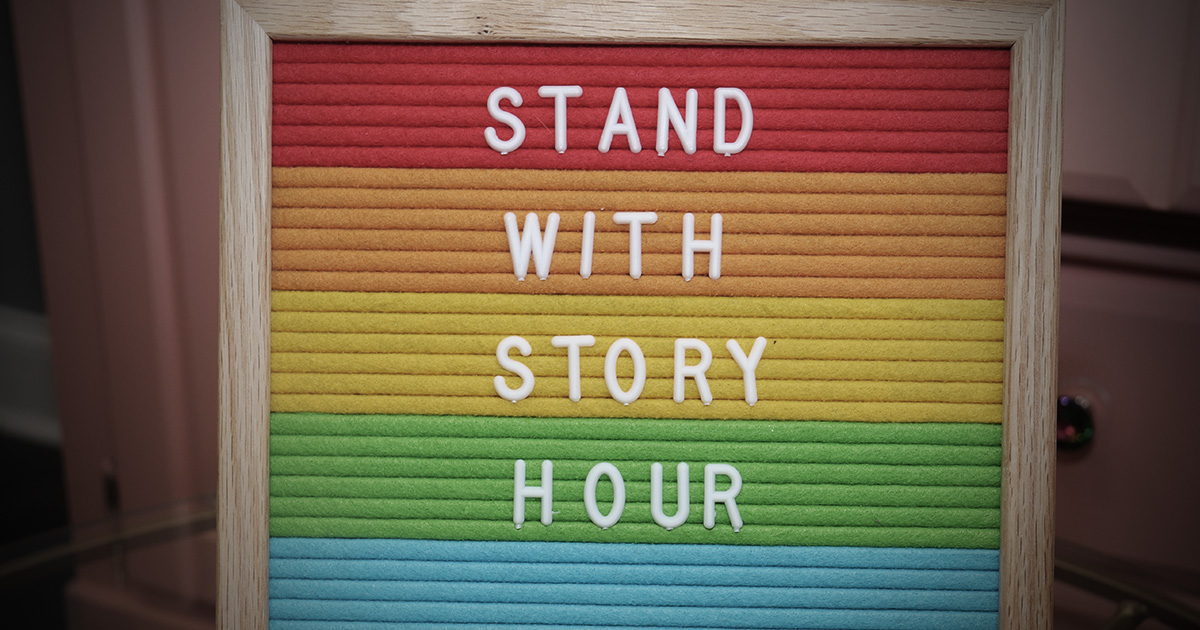 The founder of Drag Queen Story Hour UK is helping raise money for the funeral of another drag queen, who happens to be a convicted child rapist.

Darren Moore, 39, was found dead on Sunday morning after he was last seen leaving a gay nightclub in the Welsh city of Cardiff, dressed up in full drag regalia. Moore, whose jewellery designs had been featured on Ru Paul’s Drag Race, had been performing just before his death. Cardiff Police are investigating, but no cause of death has been announced.

Moore’s husband, also called Darren Moore, started a fundraiser for the costs of his funeral. “Anyone who knew Darren would know how he was never understated in his appearance and costume,” the fundraiser says. “His larger-than-life character and charisma were something that you’ll never forget.”

Aida H Dee, the stage name of Sab Samuel, who founded Drag Queen Story Hour UK, described the late Moore as an “exuberant human being” who was “taken from the world” unjustly. “Rest in Power,” Samuel added, posting a link to the funeral fundraiser on his Facebook.

If you know anything about this, please come forward. https://t.co/M2OaM5y5Kr

However, Samuel omitted to mention that when Moore was a teenager, then known as Darren Sewell, he was convicted of four counts of the rape of a boy under 14. Moore served three years in a Young Offenders’ Institution, and was banned from having contact with children.

Moore flagrantly broke the no-contact order by working as a dance tutor and gymnastics teacher in Cardiff, and was convicted of doing so in 2011. He was then sentenced to three years in a treatment program for sex-offenders, as well as 300 hours unpaid work and a six month curfew, complete with a two year supervision order.

According to feminist outlet Reduxx, commenters on Samuel’s Facebook page attempted to draw attention to Moore’s convictions, but comments were later restricted. At the time of writing, no comments referencing Moore’s child rapist background were available to be seen, and presumably deleted by Samuel.

Drag Queen Story Hour, of which Samuel helped popularise in the UK by running the official off-shoot, features grown adult men in often-times sexualised costumes, such as lingerie, reading books to children at libraries or other community events.

Under his leadership, the official Drag Queen Story Hour UK group came under fire in 2020, after they posted on their Twitter account in July of that year that “love has no age.” The phrase is very similar to one popularised by the Paedophile Information Exchange, a group that operated in the 1970s and 1980s, campaigning to lower the age of consent.

Hopefully you asked Drag Story Hour why they chose to advertise their service aimed at children with the slogan:

It clearly does – there’s the age of consent for a start. https://t.co/0FQrN1h5rI pic.twitter.com/TbjXN289kG

Last month, the Biden administration invited a “non-binary” Drag Queen Story Hour performer called “Marti Cummings to the White House to celebrate the signing of the “Respect for Marriage Act,” which codified both homsexual and inter-racial marriage.

Related  Ukrainian Refugees in UK Complain There's 'Too Many Muslims,' Minorities, Feel Scared for Their Safety

Those in the scene, such as drag queen Kitty Demure, admit that drag is intrinsically sexual by nature. Demure went viral in 2020 for slamming parents who brought their children to drag queen story hours.

“To get them involved in drag is extremely irresponsible,” the drag performer explained. “I get that you want to look like you’re cool, that you’re with it, that you’re woke, that you’re not a Nazi or a homophobe, whatever it may be,” he added. “But you can raise your child to be just a normal, regular, everyday child without including them in gay sexual things.”